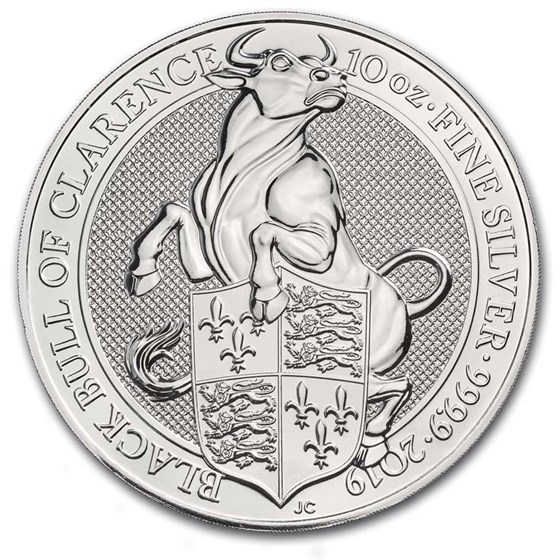 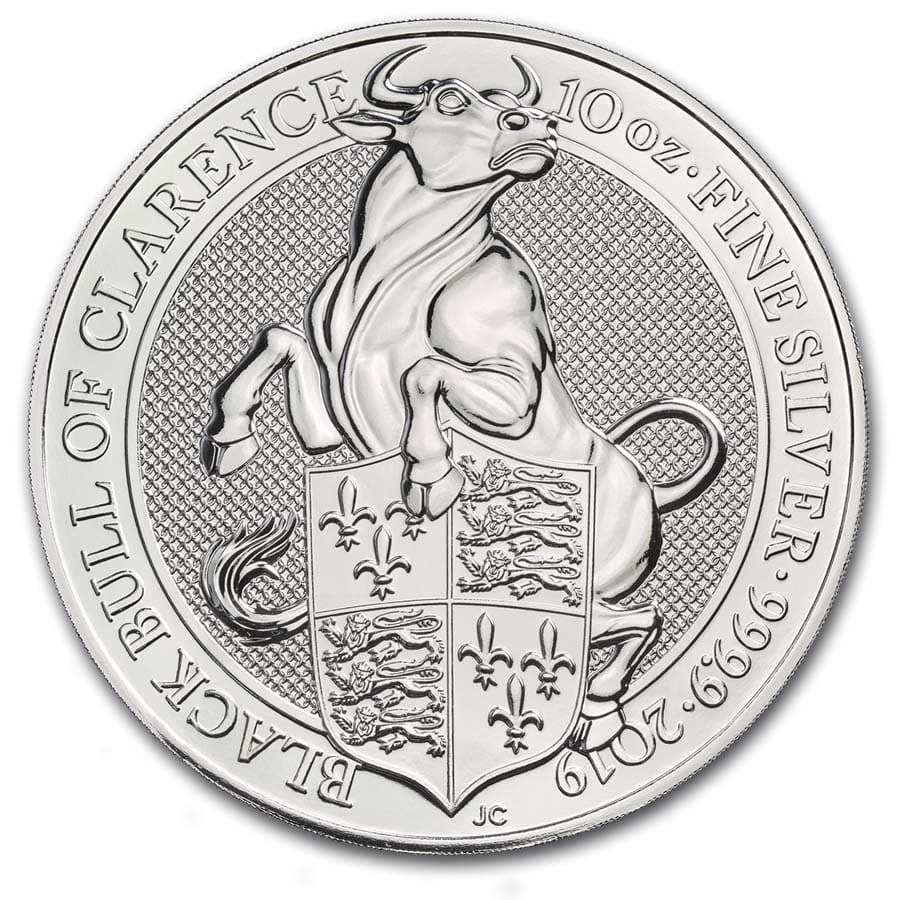 Your purchase is guaranteed to match the quality of the product shown. It will not be this exact item.
Product Details
Product Details
The powerful Black Bull of Clarence is also available in 10 oz of Silver. The fifth release of the 10 oz Silver Queen's Beasts coins features one of the majestic heraldic beasts.

The 2019 Queen's Beasts Silver Black Bull of Clarence coin is the fifth 10 oz Silver Queen's Beasts coin from the Royal Mint. Add the fifth coin of this exciting 10 coin series to your cart today!

l will be buying all of these beautiful coins