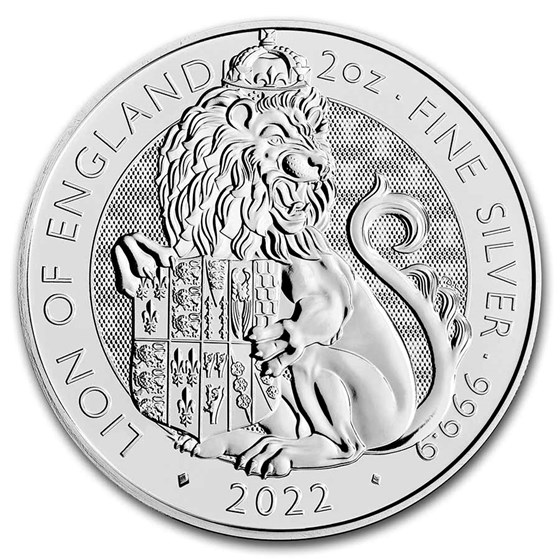 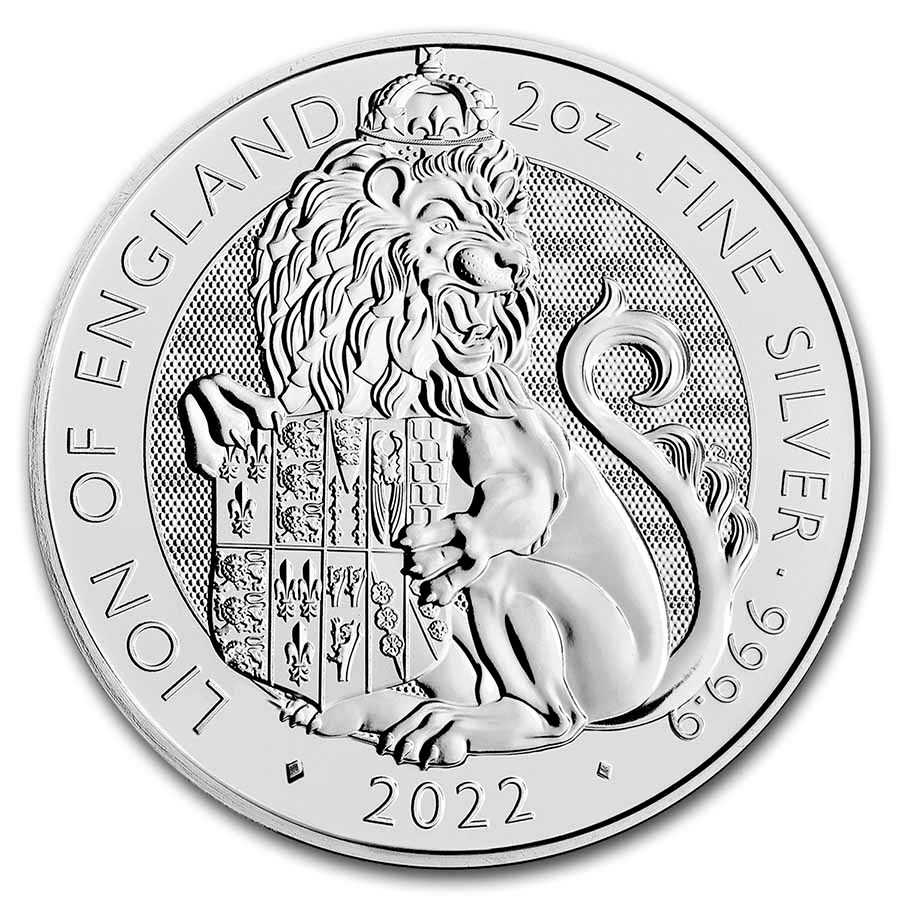 Continue your Royal Tudor Beasts collection with the first bullion coin release in the series by adding the 2 oz Silver Lion of England coin to your cart today!

The Royal Tudor Beasts Collection
With the completion of their popular The Queen’s Beasts Series, The Royal Mint has once again undertaken a collection to celebrate England's royal heritage: The Royal Tudor Beasts Series. This time around, The Royal Mint is focusing on the heraldic beasts that were prominent during Henry VIII’s reign. The beasts will include The Seymour Panther, The Lion of England, The Bull of Clarence, The Tudor Dragon, The Greyhound of Richmond, The Royal Dragon, The Yale of Beaufort, The Seymour Unicorn, The Queen's Panther and The Queen's Lion.

2022 GB 2 oz Silver Royal Tudor Beasts The Lion of England
The Lion of England, one the most iconic beasts in heraldry, has been part of royal emblems for as long it exists. This majestic feline first appears on a shield bearing King Henry VIII’s arms at Hampton Court Palace impaled – or combined – with Jane Seymour’s coat of arms between them to symbolize pride and courage to represent those qualities clearly shown throughout this story about how two people came together not just by marriage but also with true love.

Love this majestic coin! I purchased 5 and all are in beautiful condition. Definitely a good investment...collector value will increase rapidly.

I received this coin 3 weeks ago. It was perfect, very beautiful, and I was thinking of getting more because I liked the design and the weight. However, I received more coins today from APMEX, and going through my small but growing collection, I noticed that this coin had already 4 milk spots. I keep all my coins i airtight capsules, in a case with silica packets, I handle them with cotton gloves and am very careful. This shouldn't happen this fast. Unacceptable.

I love this coin, the design is beautiful.

Recognized British coin series. I collect for the design. It is cheaper to get on APMEX than British Mint website.

It is my first 2 oz of Silver and I am very pleased.

Buy before premium gets higher.