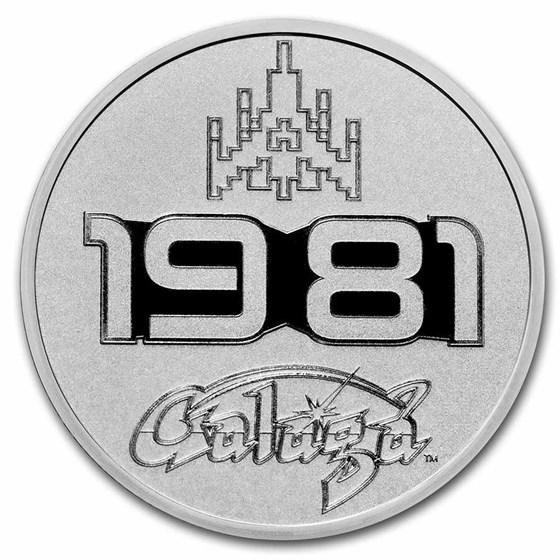 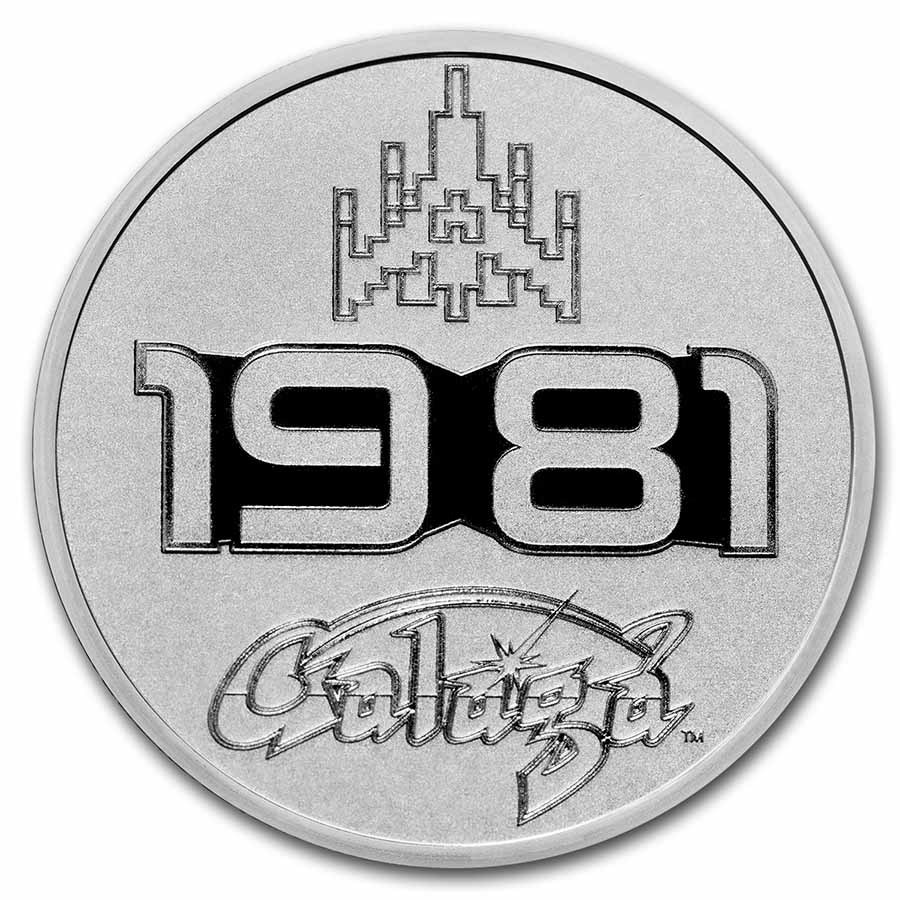 Product Details
Product Details
Join APMEX in celebrating 40 years of the classic arcade game GALAGA™! A sequel to GALAXIAN™, GALAGA™ added a dual fighter capability and other unique features for an addictive, fun experience that made the game a commercial and cultural hit.

About GALAGA™
GALAGA™ is a space shooter and sequel to GALAXIAN™, upon which many genre-defining enhancements were made. Players took control of Fighter, the special fighter spaceship at the bottom of the screen, to face off against alien spaceships that appeared as a variety of sprites at the top of the screen and attack down. Special boss units called Boss Galaga at the top of the enemy formation required two hits to destroy and could capture the player's fighter using a tractor beam. If the player then destroyed this boss unit, the captured fighter would be released and the player would control two fighters on the screen simultaneously. With every new stage, the enemy spaceships became faster and more aggressive, leading to challenging gameplay. GALAGA™ released in 1981 to critical acclaim and is widely regarded as one of the classics of the arcade video game era.

Having a Galaga Arcade cabinet in my basement, I had to have these. With the lower mintage of 10,000 and issued by NIUE, these are a no-brainer.