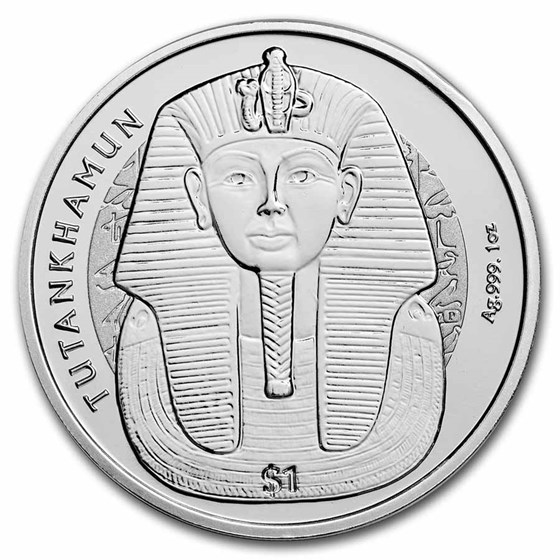 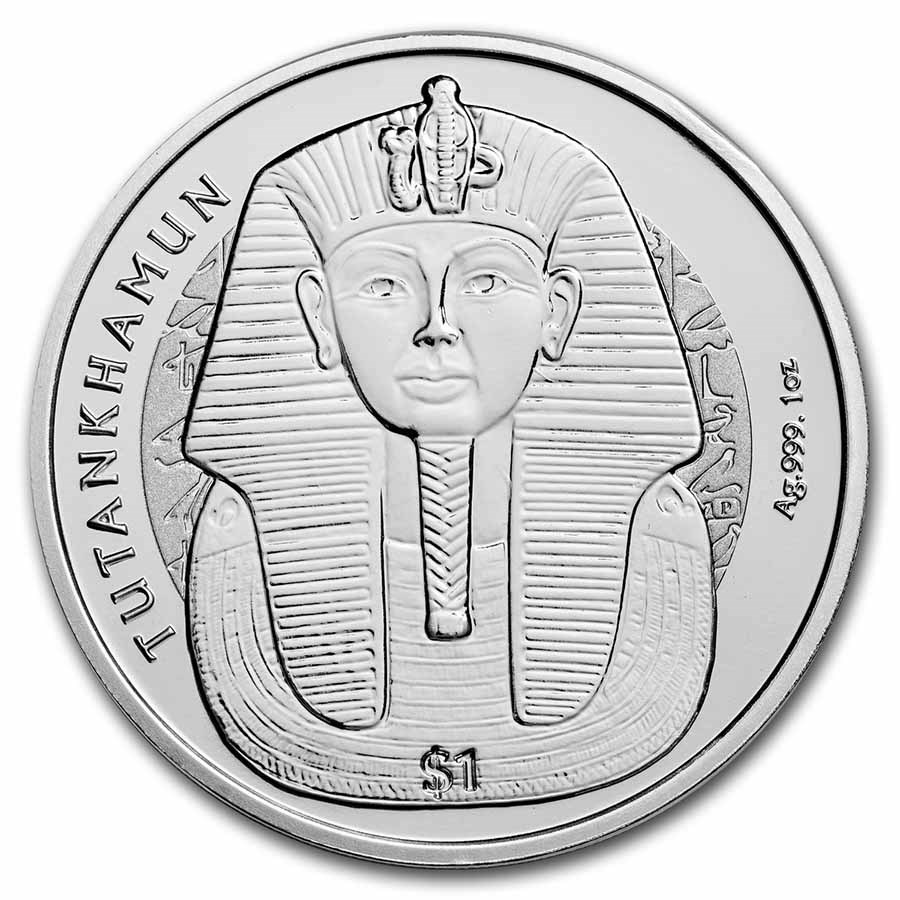 Product Details
Product Details
Celebrating King Tut, Egypt's youngest and most mysterious pharoah, this coin features his death mask with Egyptian hieroglyphs, commemorating the 100th anniversary of the opening of his tomb.

This 1 oz Silver coin commemorates the 100th anniversary of the opening of King Tut's sealed tomb by showcasing his world-renown death mask.

These exceptional Silver coins would be perfect for any collector. Add this 1 oz King Tut Pyramid coin to your cart today!

King Tut’s tomb was first discovered by British Egyptologists Howard Carter and George Herbert in 1922. The sealed tomb was finally opened in 1923. What stunned many at the time was the solid Gold coffin. Inside were the remains of a pharaoh who, to that date, had been relatively unknown and lost to the history of the world.