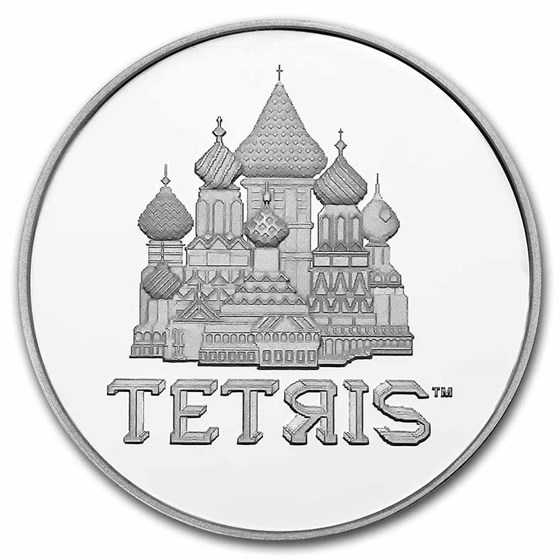 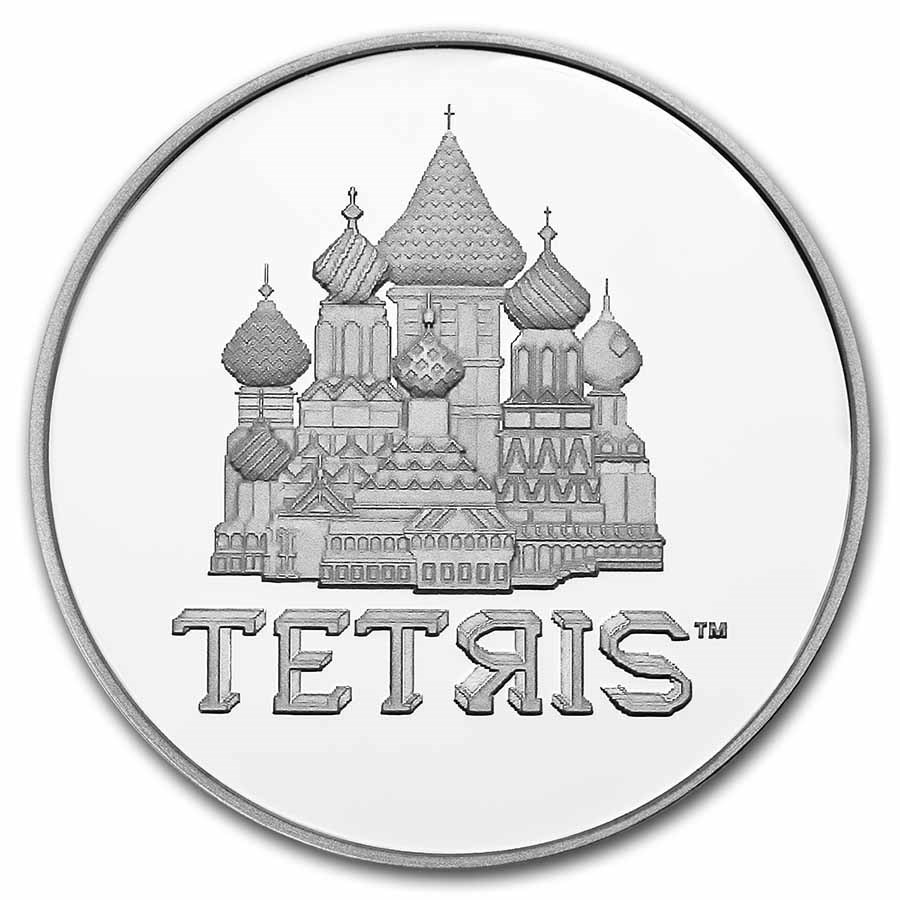 Product Details
Product Details
As low as $6.99 per coin over spot
Commemorate the 37th year of the iconic Tetris® video game, with this APMEXclusive® 1 oz Silver BU coin. Each coin features the famous St. Basil's Cathedral as depicted in an earlier version of the Tetris game. Mintages are very limited!


Whether you are a Precious Metals investor or collector, or a Tetris fan, these coins make an excellent gift to yourself or others. Add this Tetris™ St. Basil's Cathedral 2021 Niue 1 oz Silver $2 BU Coin to your cart today.

About Tetris®
In 1984, the Tetris® game was born from the imagination of computer programmer Alexey Pajitnov. Inspired by his favorite puzzle board game, Pentominos, Pajitnov created an electronic game that let players arrange puzzle pieces in real time as they fell from the top of the playing field. The resulting design was a game that used seven distinctive geometric playing pieces, each made up of four squares. Pajitnov called this game “Tetris,” a combination of “tetra” (the Greek word meaning “four”) and “tennis” (his favorite sport).

The design of the cathedral to the Tetris blocks on the flip side makes the coin definitely stand out! Super stoked with my purchase. I will be buying another soon.