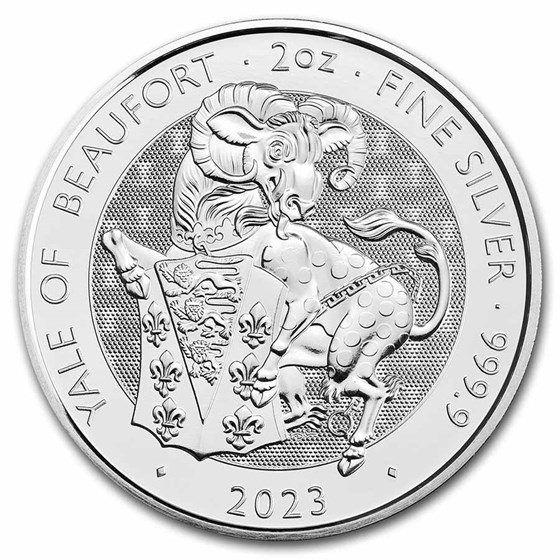 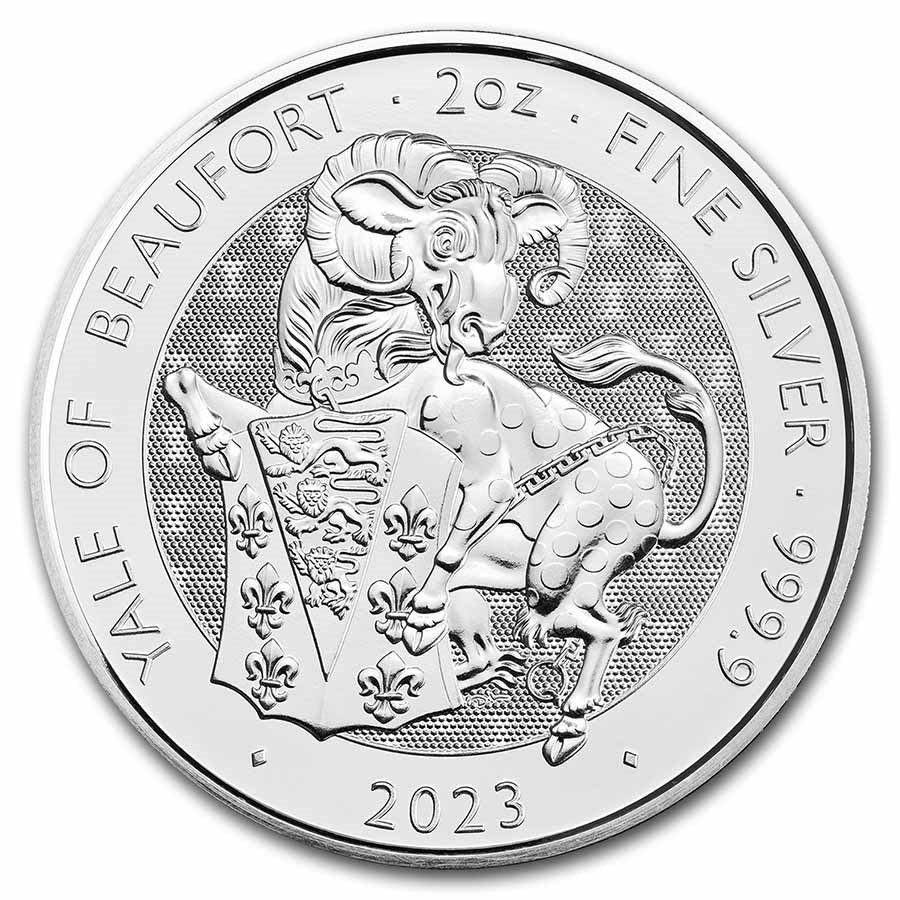 Any quantity only $8.00 per coin over spot

Product Details
Product Details
Any quantity only $8.00 per coin over spot
The popular The Royal Tudor Beasts series of coins celebrating England's Royal Tudors now includes a bullion coin release. The second release features the Yale of Beaufort, this bullion coin is the perfect addition to any royal collection.

Continue your Royal Tudor Beasts collection with the second bullion coin release in the series by adding the 2 oz Yale of Beaufort coin to your cart today!

The Royal Tudor Beasts Collection
With the completion of their popular The Queen’s Beasts Series, The Royal Mint has once again undertaken a collection to celebrate England's royal heritage: The Royal Tudor Beasts Series. This time around, The Royal Mint is focusing on the heraldic beasts that were prominent during Henry VIII’s reign. The beasts will include The Seymour Panther, The Lion of England, The Bull of Clarence, The Tudor Dragon, The Greyhound of Richmond, The Royal Dragon, The Yale of Beaufort, The Seymour Unicorn, The Queen's Panther and The Queen's Lion.

2022 GB 2 oz Silver Royal Tudor Beasts The Yale of Beaufort
The Yale of Beaufort, a beast that is so extraordinary it would have inspired awe in all who approached the palace, due to its antelope-like body, lion's tail, and tusks of a boar. The peculiar beast was associated with the powerful Beaufort family, and the Yale of Beaufort Moat Bridge was presented holding the Arms of Jane Seymour to reinforce her authority and influence as the king's new wife.

Arrived last week, and it’s a gorgeous coin. Love the two ounces of silver, the weight just feels good in your hand. the design is appealing to the eye and it’s detail is also very pleasing. I’m loving this series so far!