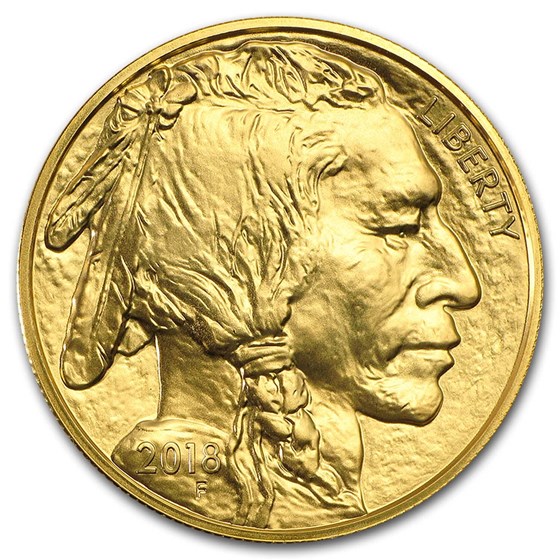 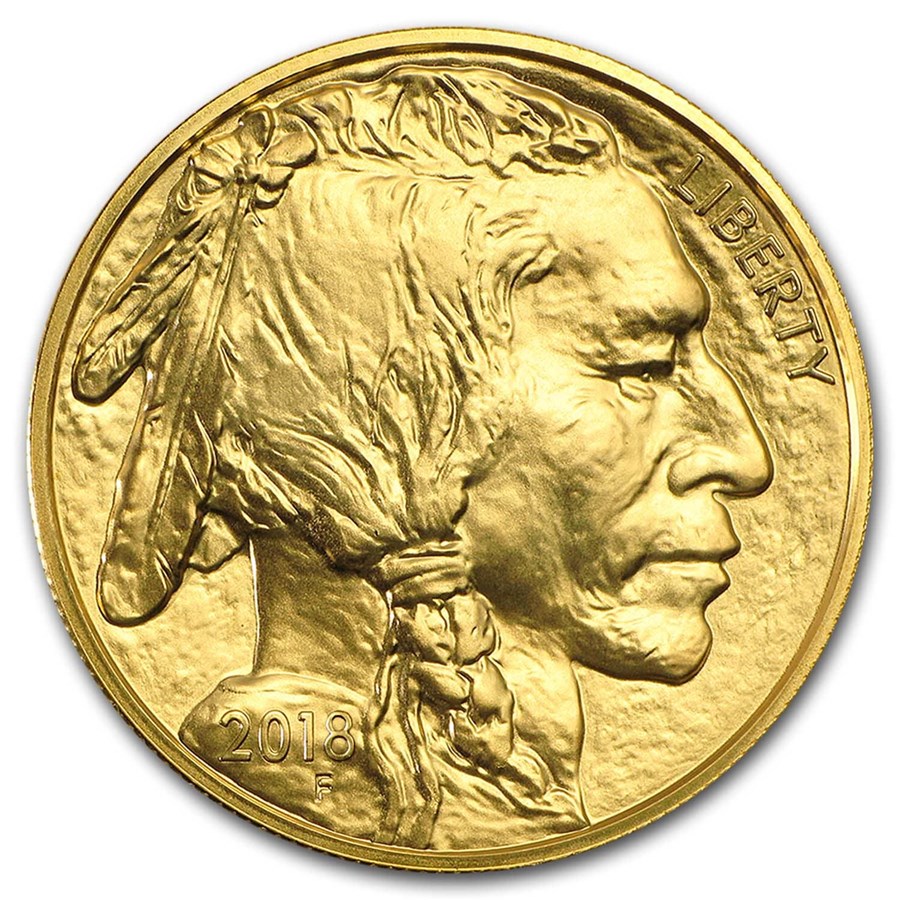 Product Details
Product Details
The Gold Buffalo was the first coin from the United States Mint that contains 1 oz of .9999 fine Gold. This beautiful coin is popular worldwide and is highly recognizable with its well-known Buffalo Nickel design.

The U.S. Gold Buffalo is one of the world's favorite Gold bullion products. Add this beloved Gold coin to your cart today!

The modern Gold Buffalo, an investment coin with an excellent worldwide reputation, is named for the buffalo depicted on its reverse. Featured on contemporary Gold Buffalo coins is an adaptation of the artwork designed for the 1913 Buffalo Nickel. This artwork showed the profile of an American bison, generally believed to be Black Diamond, who lived in New York City’s Central Park Zoo in the early 20th century. Bison had been destroyed in such great numbers that their existence was severely imperiled and zoo specimens were at that time extremely exotic. Happily, human intervention helped recover their numbers and the reverence showed to the gorgeous Black Diamond played a part in making the resurgence of the American Bison a priority for American citizens. The Gold Buffalo is truly a small piece of American history that you can hold in your hand.

Know the Collectible and Investment Value of Gold Coins

Numismatic Gold coins are ones that appeal specifically to collectors looking for something rare, historically significant or aesthetically pleasing. Collectors generally seek out Gold coins such as early 20th century American Double Eagle Gold coins or other exceptional pre-1933 Gold coins, like the Indian Gold Half Eagle. Conversely, investors tend to covet Gold coins such as these 2018 1 oz Gold American Eagle because they focus on raw Gold value. The beautiful design and historical value are a bonus but not the main motivation to purchase. This contemporary American Eagle Gold coin is for investors. It boasts a low premium-over-spot as well as an impeccable reputation gained by being a product of the U.S. Mint.

Gold Buffalo coins pay homage to James Earle Fraser's famed Buffalo Nickel design. The reverse is said to depict Black Diamond, the majestic bison who lived in the Central Park Zoo in the early 1900s, though there is controversy as to whether that is strictly accurate. The obverse of the coin depicts a Native American, whom Fraser said he created as a composite of three chiefs from different American Indian tribes. Big Tree, Iron Tail and Two Moons, who each posed as models for Fraser, all claimed to be solely featured on the coin. The obverse also shows the motto "LIBERTY" on the top right, the year of mintage on the bottom left and below that the letter F for Fraser. The design itself was met with popular acclaim when it was first minted in 1913. Of course, the United States Mint brought back the design in 2006 with the Gold Buffalo coin program and it enjoyed instant success. The Gold Buffalo coin is among the most popular bullion programs from the U. S. Mint.

The 2018 1 oz Gold Buffalo BU coin allows you to hold a link of American history in your hand with one coin. Each Gold Buffalo is of beautiful high quality and contains .9999 fine Gold. Investors will covet Gold Buffalos because of its purity and value, while collectors will be drawn by its beauty and historical significance. Buy 2018 Gold Buffalo coins at competitive prices today.

Ordered two of these Gold American Buffalos, both received in superb condition. The design of these .9999 oz gold pieces is sublime, serving both numismatic and investment needs. APMEX continues to please with great service and products.

2 coins received in mint condition. Apmex has exceeded my expectations.

Truly a brilliant coin! Shipping was fast. I originally bought this particular coin for value of it pure content, but to be honest it is one of the most beautiful piece of work the Mint has done in my opinion. It is just amazing to hold in your hand, pure .9999 Gold, will buy more for sure!

Mint condition. I will purchase again to show homage to the first Americans.