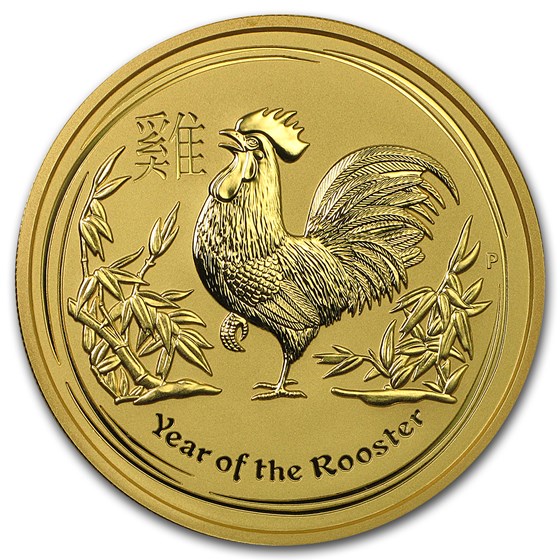 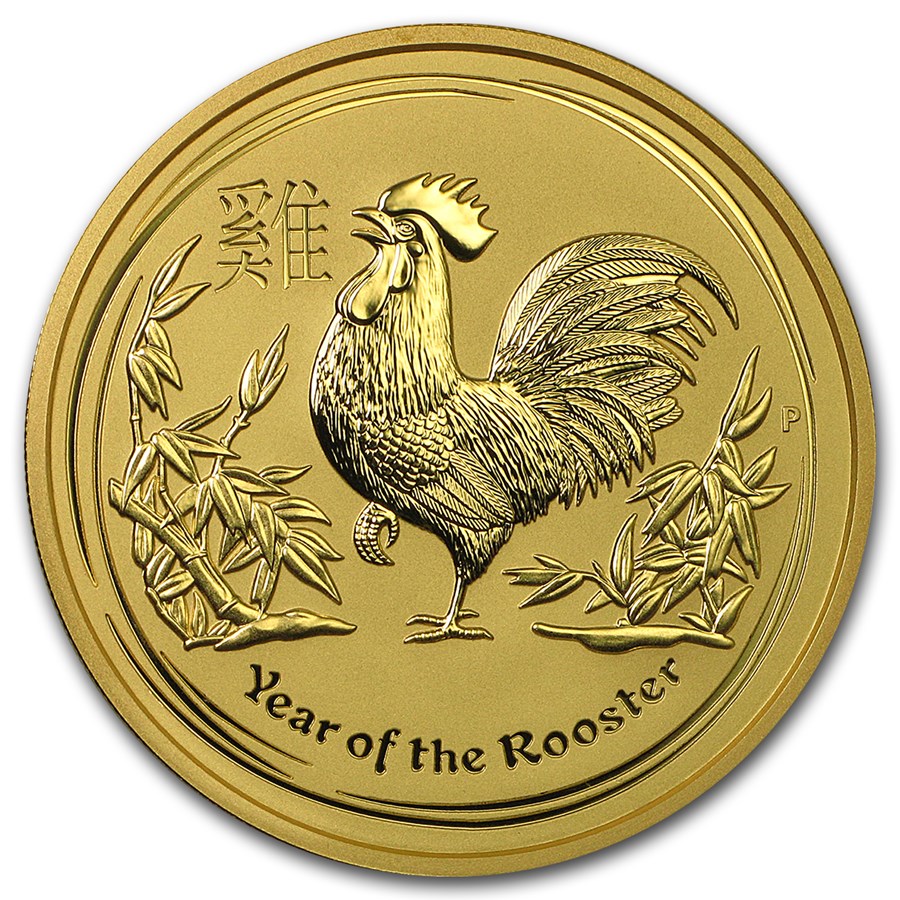 Your purchase is guaranteed to match the quality of the product shown. It will not be this exact item.
Product Details
Product Details
These striking 2017 2 oz Gold coins, produced by Perth Mint, celebrate the Year of the Rooster and are dated to commemorate the event.

The Year of the Rooster only comes around once every 12 years, so this design is not likely to be seen again. A landmark coin series of the highest regard, the Perth Lunars package beautiful designs, limited mintages and universal appeal all in one program.

APMEX is an authorized distributor of Perth Mint products, allowing APMEX to get coins directly from the Perth Mint and pass them along to you. Add this spectacular 2 oz Gold Year of the Rooster coin to your cart today!

Great size, stands out from the 1oz and ha is just beautiful to admire.

THE COIN IS BEAUTIFUL !!!

The Perth Mint is the finest mint in the world and 2 oz coins are rare. These are absolutely beautiful and low mint numbers. The Rooster is amazing! Apmex is the best place to buy your metals!