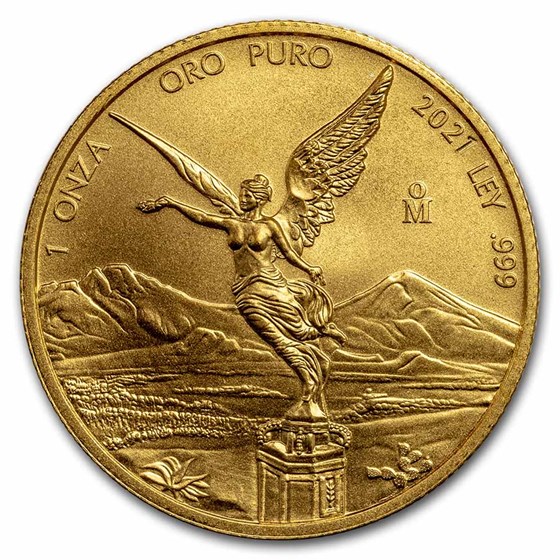 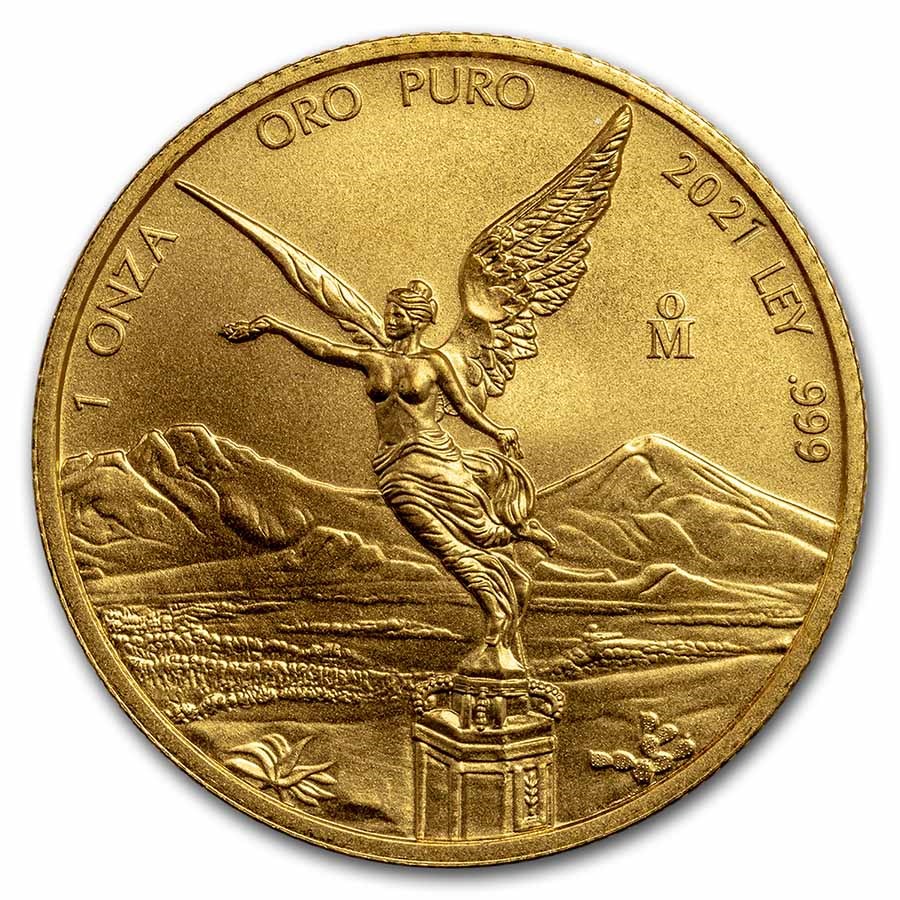 Product Details
Product Details
The Gold Libertad coin series is from the esteemed Banco de México. The series has low mintages and is regarded as having one of the most beautiful coinage designs.

The Gold Libertad coin has an iconic design that stands out in any collection. This stunning 1 oz Gold BU coin is a popular choice because it is attractive and it is minted at the Casa de Moneda de México—the oldest mint in the Americas.

Due to extremely limited quantities, there is an order limit of 3 per customer.

Coin Highlights:
Protect your 2021 Gold Libertad in a clear plastic capsule or show it off it in presentation box.

Mexican Gold Libertads
Gold Libertads were first struck in 1 oz Gold in a BU finish in 1981. The design on the coins minted in 1981 and 1991-1994 drew inspiration from the historical Centenario coin that honored the centennial anniversary of Mexico's independence from Spain. In 2000, the Gold Libertad’s artwork was updated to depict the historic coat of arms encompassing Mexico’s current coat of arms. The Gold Libertads are known for their low bullion coin mintages, which makes it difficult to find backdated coins and adds to their collectibility.

Mexican Mint
La Casa de Moneda de Mexico (Mexican Mint) is the oldest mint in North America. Additionally, it is also Mexico’s national mint and was first established in 1535. The Bank of Mexico is Mexico's central bank and is the mint’s most prominent client, which produces the country’s circulating coinage and currency, as well as Precious Metal coins. The mint can be found in Mexico City.