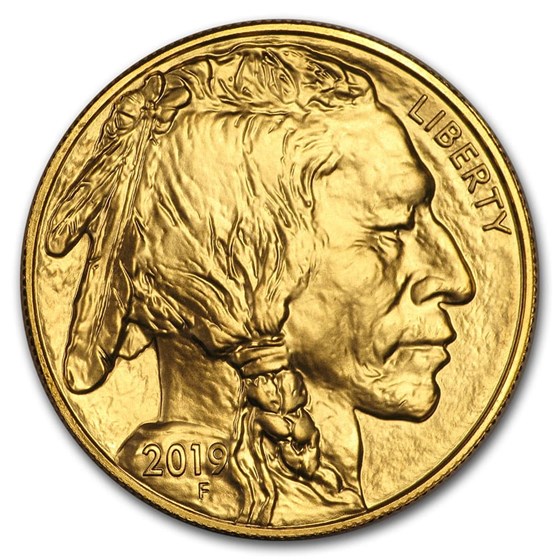 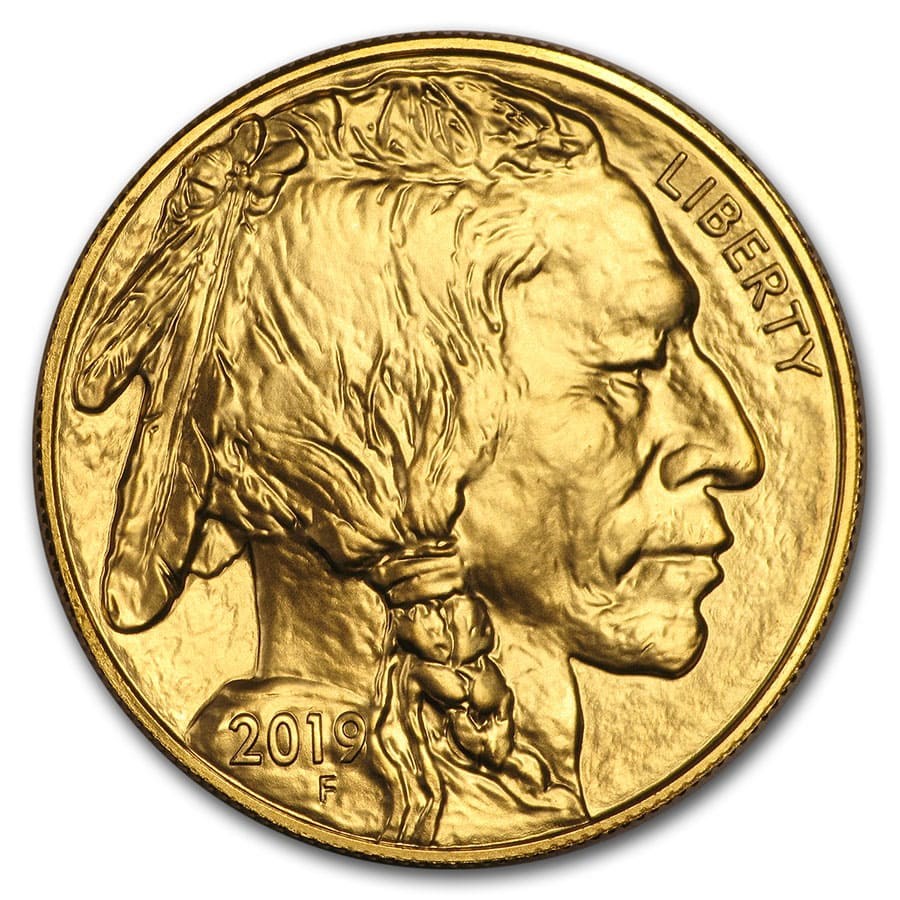 Product Details
Product Details
The Gold Buffalo was the first coin from the United States Mint that contains 1 oz of .9999 fine Gold. This beautiful coin is popular worldwide and is highly recognizable with its well-known Buffalo Nickel design.

The U.S. Gold Buffalo is one of the world's favorite Gold bullion products. Add this beloved 2019 Gold Buffalo coin to your cart today!

Buffalo coins have a face value of $50, but the Gold bullion content has a value that is much higher. Even though these coins are considered legal tender, they are rarely, if ever, used as currency. The only .9999 fine Gold coins planned from the U.S. Mint in 2019, investors and collectors alike can appreciate the beauty and value. This coin is also the standard-bearer of the famous Buffalo Nickel, as they both feature Black Diamond, the New York Central Park Zoo’s famous American Bison who captured the imaginations of the entire country.

The famous Indian Head nickel inspired the obverse design, but it was the bison on the reverse that brought these coins to popularity. Created by James Earle Fraser, the American Buffalo reverse artwork is considered by many to be among the best of any issued U.S. coin. The phrase, “E Pluribus Unum,” appears on this coin just as it did on the original nickel, and translates as, “out of many, one.” The Native American chief depicted on the obverse is an amalgamation of features from leaders of three American Indian tribes: Two Moons, Iron Tail and Big Tree. These men posed as models for the artist's sketches.

The 1 oz Gold Buffalo was the first .9999 fine Gold coin ever authorized by the U.S. Mint.

The 2019 Gold Buffalo, also known as the American Buffalo, was first produced by the U.S. Mint in 2006, initiated by the Presidential $1 Coin Act of 2005. This act required the Secretary of the Treasury to issue $50 Gold bullion coins for the first time in history. They are struck at the West Point Mint, located near the famous military academy in New York. These Gold coins were designed to rival the .9999 fine bullion coins offered by foreign countries such as Canada and China. The 2019 mintage continues this important legacy of American Gold coins setting the standard of quality and purity.

Anyone who purchases Buffalo Gold coins produced by the U.S. Mint can rest assured they have invested in something both beautiful and valuable. Each piece contains 1 oz of .9999 fine Gold and standard measurement whose market price is easy to follow. Gold bullion coins are well respected as a safe investment that carries inherent value, and the popular design of the American Buffalo adds both aesthetic and historical significance.

I have been buying from APMEX for years. I was surprised how easy and fast it is. You are my only source for precious metals.