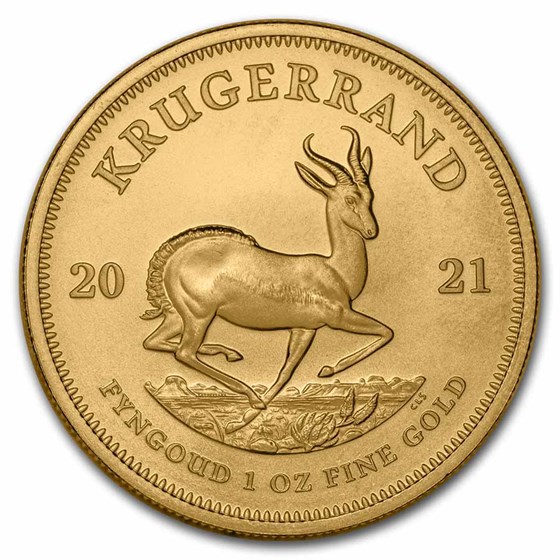 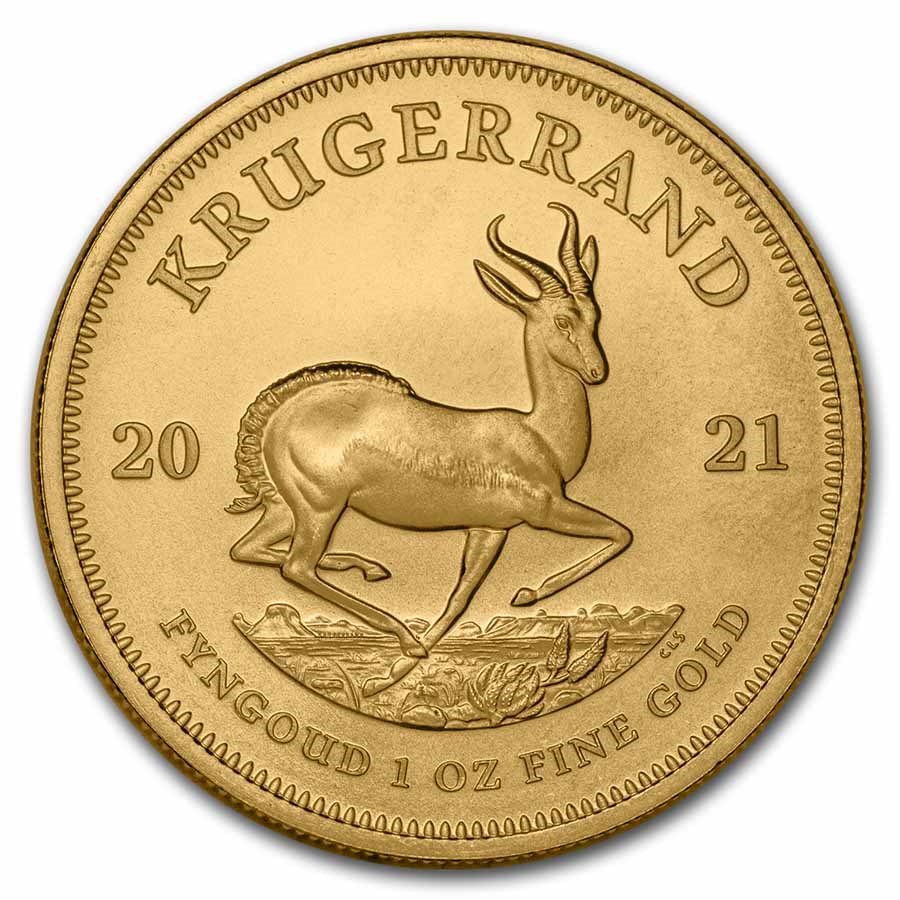 Coin Highlights:
Protect and display your Gold Krugerrand in style by adding an attractive presentation box to your order.

Gold Krugerrands are timeless additions to any investment portfolio or collection. Add this 2021 1 oz Gold Krugerrand to your cart today!

Krugerrands are designed to be durable minted with .9167 of fine Gold with the remaining alloy of copper. The Krugerrand value is determined by its Gold content plus a premium which is dictated by market conditions. The Gold Krugerrand is one of the most widely owned Gold coins by savvy investors of Precious Metals.

Krugerrand Series
First introduced in 1967, the Krugerrand was the world's first modern Gold bullion coin in the world and this Gold bullion coin series is still a favorite of collectors and investors today. The Krugerrand were minted to assist in promoting South African Gold to the international markets. Krugerrands were never assigned a face value but were designed to derive their value from the price of Gold at the time they are traded. The Gold Krugerrand is prized around the world, with a highly sought-after design inspired by history. They feature the South African Republic's first president, Paul Kruger. On the reverse, a springbok, which is the national animal, and the date of minting appear. On the Krugerrand Gold coin, the springbok seems to be jumping into action, while President Kruger is a reminder of 19th century South African political and military affairs.

Shipped and arrived quickly. A nice addition to my meager gold collection. The added copper really makes it stand out.

While not the lowest prices, APMEX has best purchasing terms.