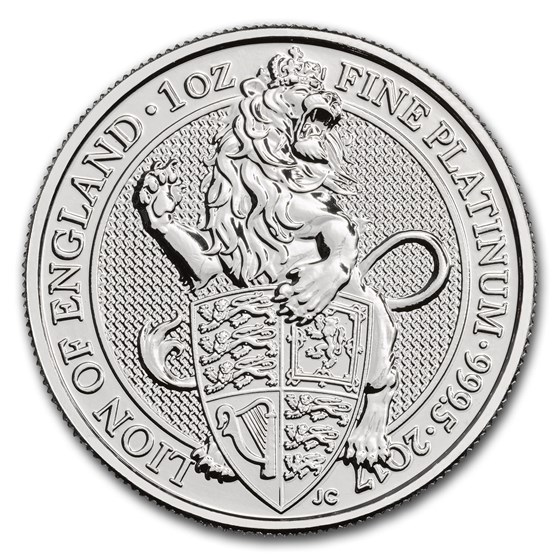 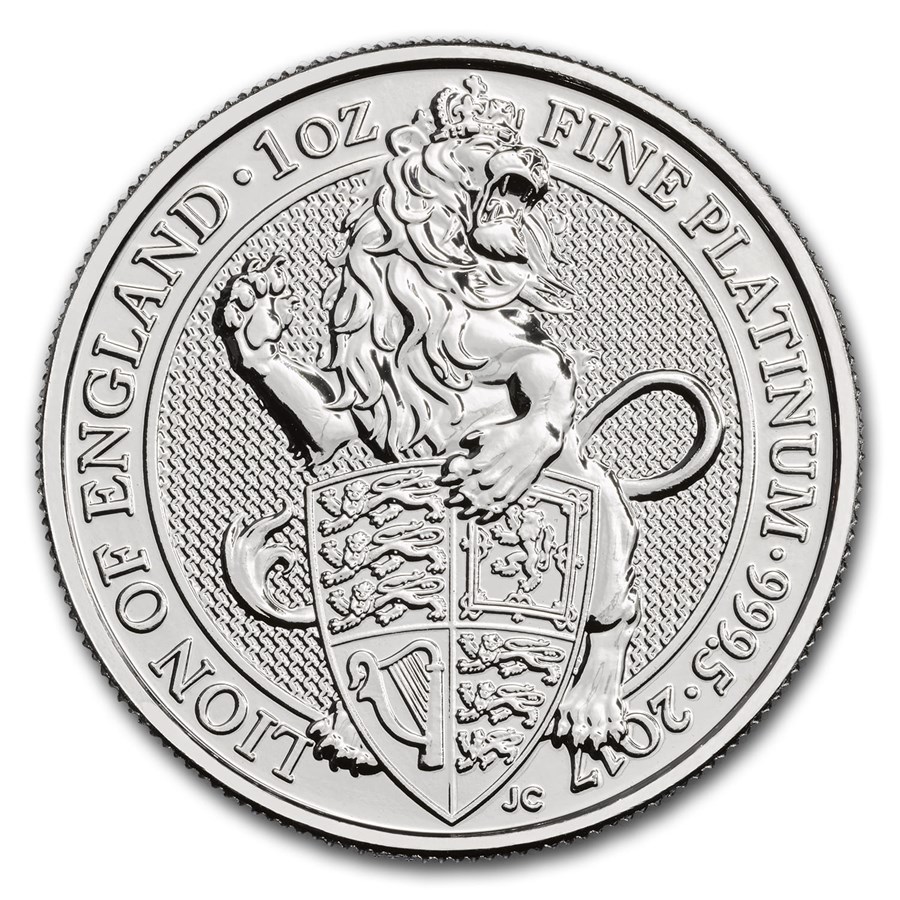 Product Details
Product Details
Building on the remarkable success of The Queen's Beasts series, The Royal Mint has launched their first ever 1 oz Platinum bullion coin!

Bearing the Lion of England, a bold image of the United Kingdom, this first-ever Platinum coin release from The Royal Mint is an iconic and majestic find for those investors seeking a prestigious alternative to Gold or Silver.

Coin Highlights:
Display your 1 oz Platinum Queen's Beasts: The Lion in style by adding an attractive display box to your order.

The Barbary lion is a national animal of England. Lion was the nickname of England's medieval warrior rulers with a reputation for bravery, such as Richard I of England, known as Richard the Lionheart. Lions are frequently depicted in English heraldry, either as a device on shields themselves, or as supporters. They also appear in sculpture, and sites of national importance, such as Trafalgar Square. The lion is used as a symbol of English sporting teams, such as the England national cricket team.
The first ever Platinum coin for The Queens Beasts series has arrived!

Paid a little extra for the Lion, but there was a small smear on the face of the queen. I bought for bullion purposes, so it is not a big deal that would warrant a trip to the post office for a return, but it is unfortunate that I will not be able to fully appreciate the design of the coin due to the smear on the obverse. Would only recommend if you really want the Lion. If bullion is your intent, stick with the Britannias.

Very well-executed design on obverse and reverse. As usual, APMEX packaged and shipped very carefully and the coin arrived in perfect condition. The coin looks exactly as pictured. There's something awesome about the density of platinum, too! A fun addition to anyone's coin or pm collection.