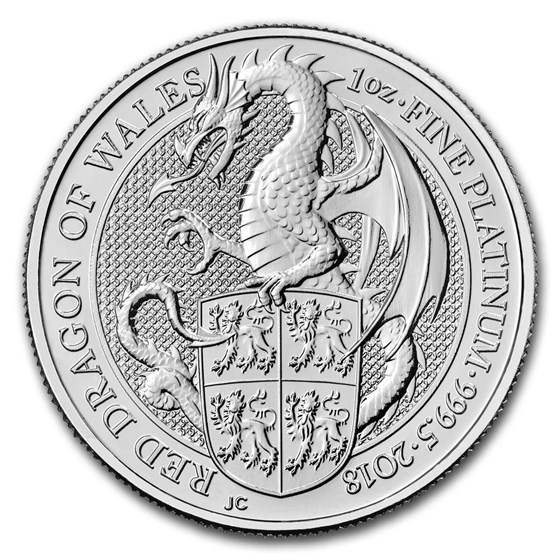 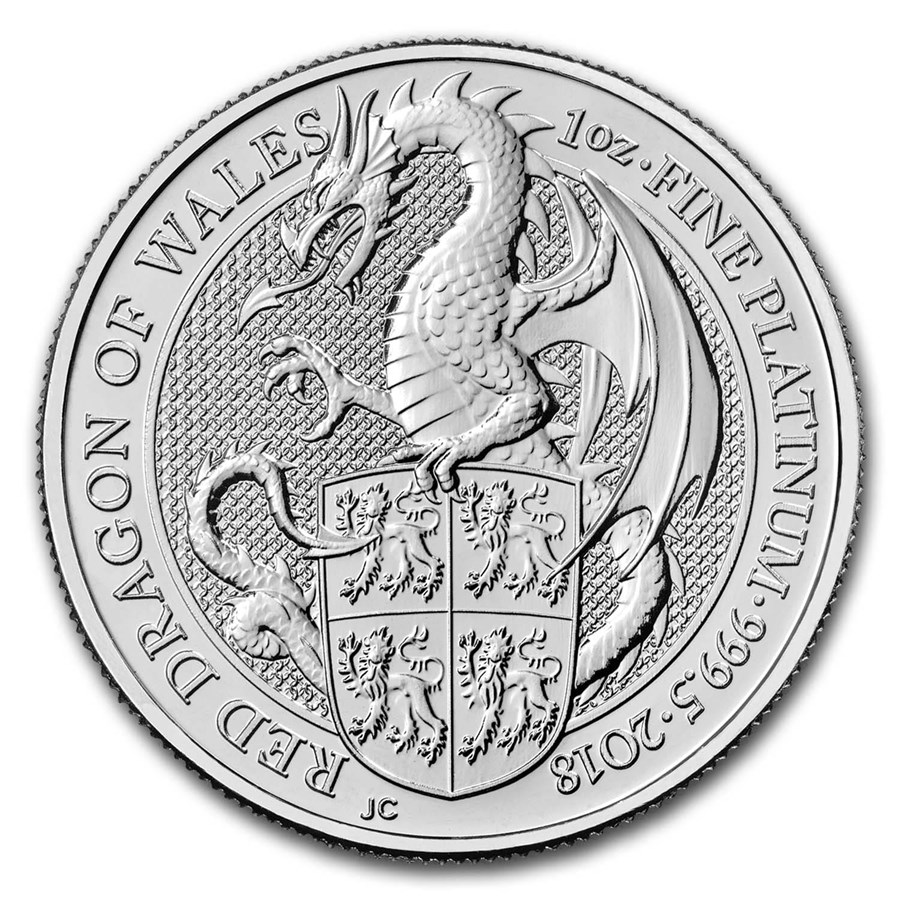 Coin Highlights:
Display your 1 oz Platinum Queen's Beasts The Dragon in style by adding an attractive display box to your order.

This IS the most beautiful Platinum coin I have. The way the light hits the polish of the dragon and other mirrored spots, kind of resembles what deep or ultra cameo coins are supposed to do. This would probably be the last coin I would sell in my Pt collection