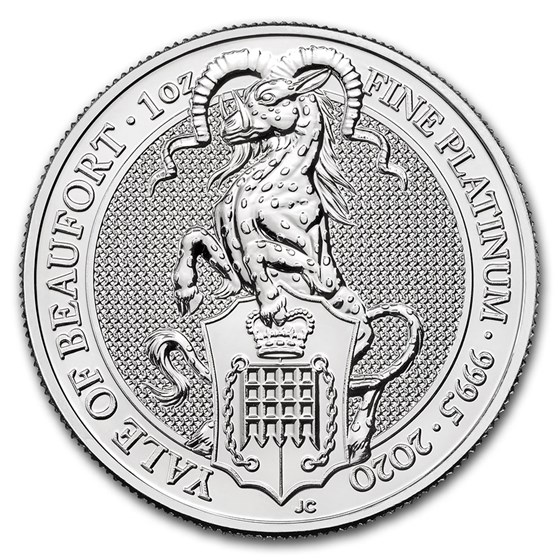 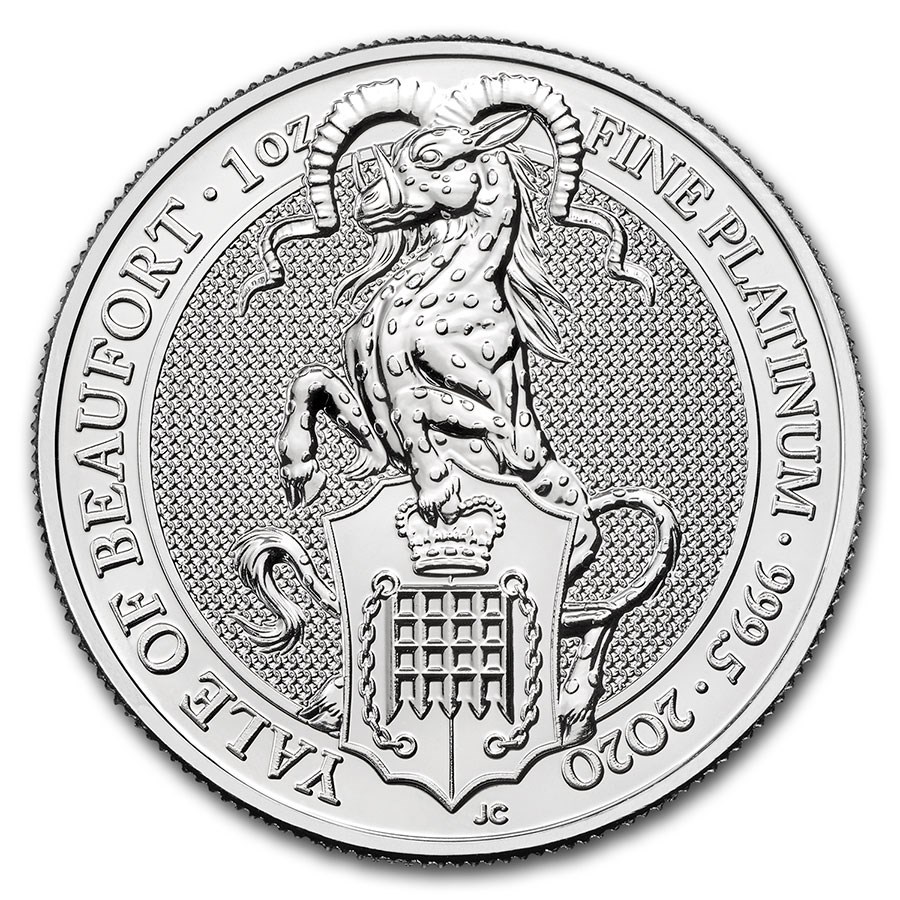 Your purchase is guaranteed to match the quality of the product shown. It will not be this exact item.
Product Details
Product Details
The striking design of the Queen's Beasts Yale of Beaufort is available in glistening .9995 fine Platinum. The seventh release of the Queen's Beasts series in 1 oz Platinum, the Yale continues the success of this popular series from The Royal Mint.

Display your 1 oz Platinum Queen's Beasts The Yale in style by adding an attractive display box to your order.

Today, The Queen’s Beasts can be found at the Canadian Museum of History in Quebec, while Portland stone replicas, also carved by James Woodford, watch over Kew Gardens in the United Kingdom. These mythical, ancient creatures such as the lion, griffin, falcon, bull, yale, greyhound, dragon, unicorn and horse have gone on to inspire the highly praised new talent, Royal Mint Coin Designer Jody Clark.

The queens beast series are by far my favorite coins and the Yale is a great addition to my stack.