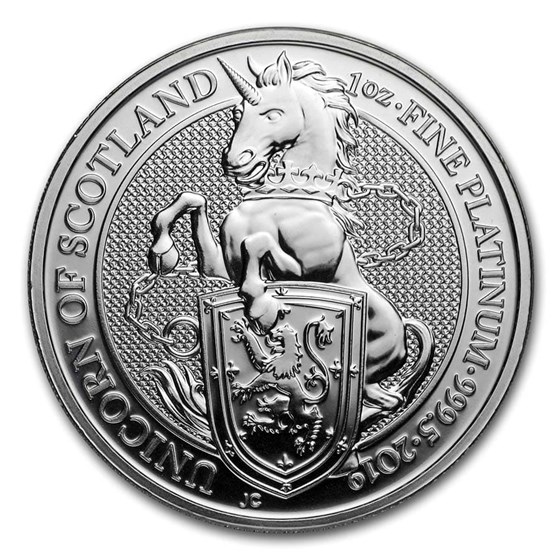 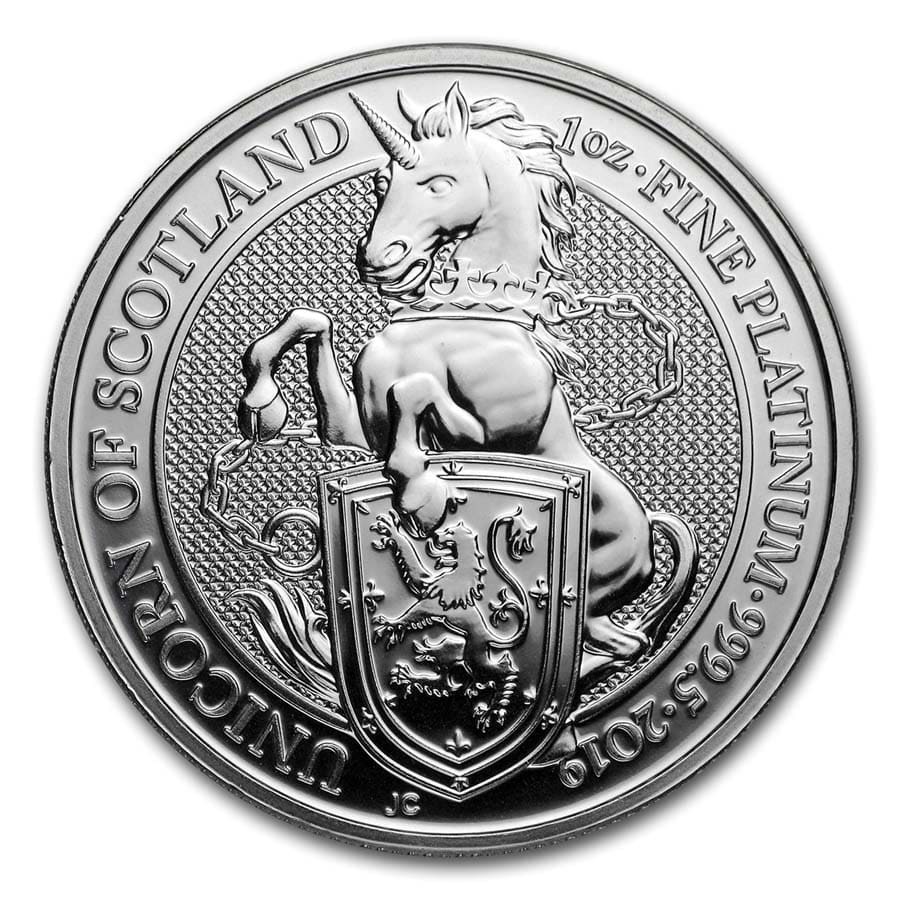 Your purchase is guaranteed to match the quality of the product shown. It will not be this exact item.
Product Details
Product Details
The striking design of the Queen's Beasts Unicorn of Scotland is available in glistening .9995 fine Platinum. The fourth release of the Queen's Beasts series in 1 oz Platinum, the Unicorn continues the success of this popular series from The Royal Mint.

Display your 1 oz Platinum Queen's Beasts The Unicorn in style by adding an attractive display box to your order.

Great looking design. APMEX, as always, delivered what was promised. Looks just like my silver coins, so I hope resell (if the price of platinum will stop falling) isn’t a problem.