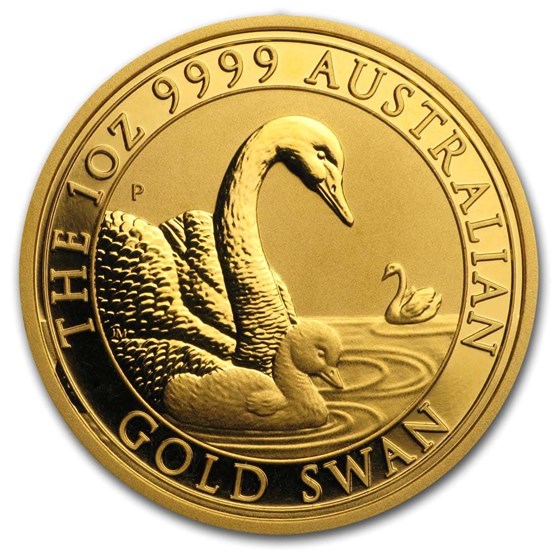 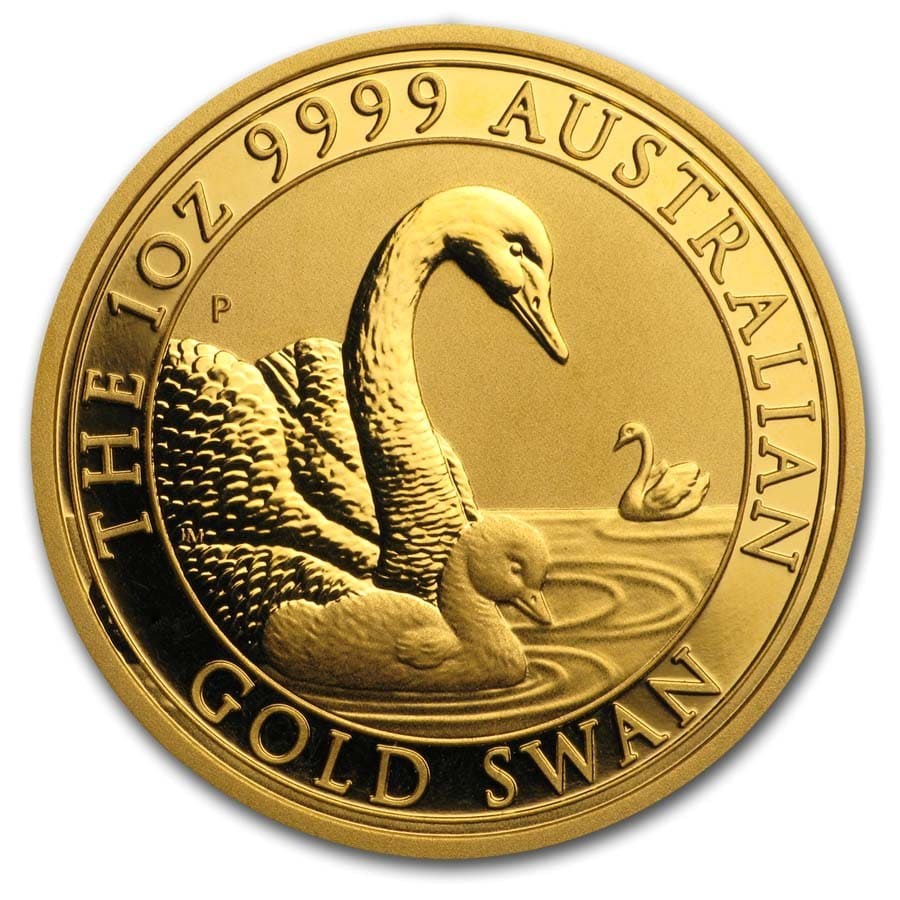 An instant collector favorite due to the limited mintage and impeccable design, the Swan series is renowned world-wide. The highly anticipated 2019 1 oz Gold Swan features a new and exciting design. This coin is the third in an annual series of 1 oz limited mintage Gold Swan bullion coins with designs varying each year. Learn more about the exciting Perth Swan Series today!

This swan and her cygnet come to life as they gracefully move through tranquil water. Add this spectacular Brilliant Uncirculated 2019 1 oz Gold Swan coin to your cart today!

Perth grew rapidly in the late 19th century thanks to its rich deposits of natural resources such as oil, gas and perhaps most of all, Gold. From its origins, the Perth Mint is in many ways personified by the Swan, a regal waterfowl that appears on the flag of Western Australia and symbolizes timelessness, elegance and beauty, much like the standard of coins produced by the Perth Mint itself.

Swans are often a symbol of love and fidelity due to their long-lasting monogamous relationships. Swans are almost entirely herbivorous, though they will eat small amounts of aquatic animals. There are around seven different species of swans found around the world. Swans are classified as a threatened species mostly due to hunting and habitat loss. Pollution is also a contributing factor.

Another example of Perth attention to detail. Just gorgeous in quality and design.

Wish they had the past years available

Beautiful series. Just wish they had the past years available.

Love the design and detail

I was so extremely satisfied with my purchase. I had to order more.

Just a beautiful theme who's design changes every year. Just remembered to do this revue as I received the 2020 swan.Was very pleased.