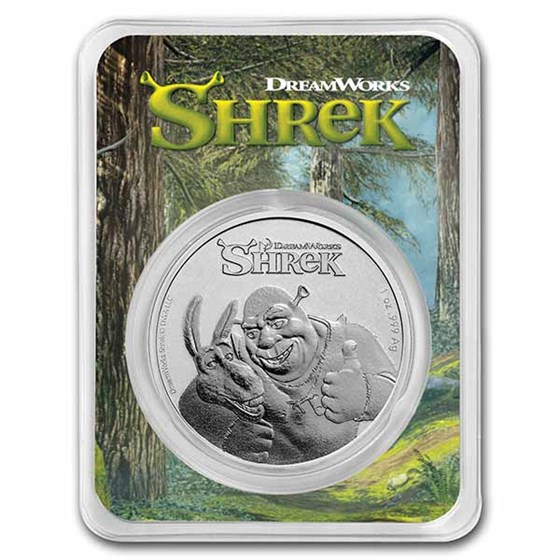 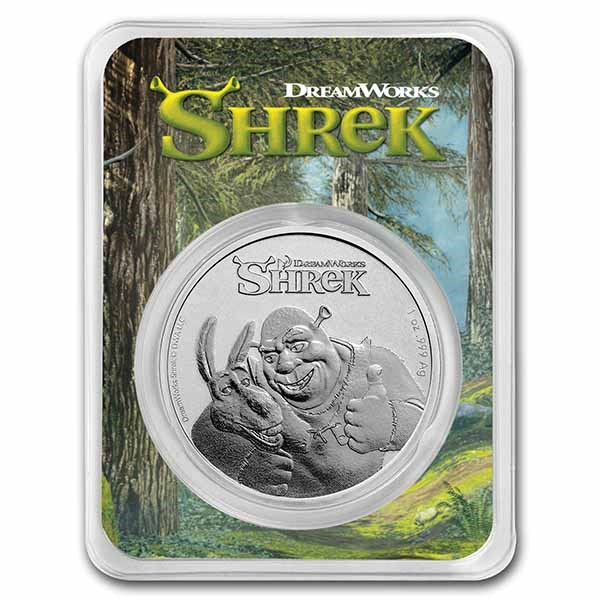 Product Details
Product Details
As low as $8.99 per coin over spot
Available exclusively at APMEX, celebrate the 20th anniversary of Shrek with this .999 fine Silver $2 coin. This officially licensed Shrek coin comes in Shrek branded tamper-evident packaging (TEP) to protect it.

Coin Highlights:
Protect your new Shrek 20th anniversary coin from fingerprints by adding these cotton gloves to your order.

This coin is a perfect gift for any coin or movie enthusiast. Add this 20th anniversary Shrek coin in TEP to your cart today!