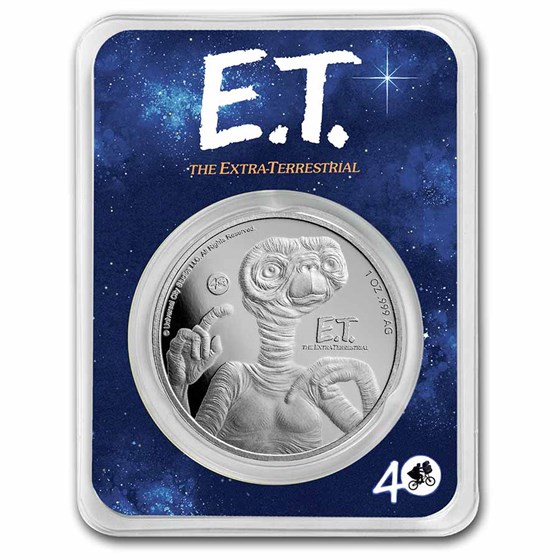 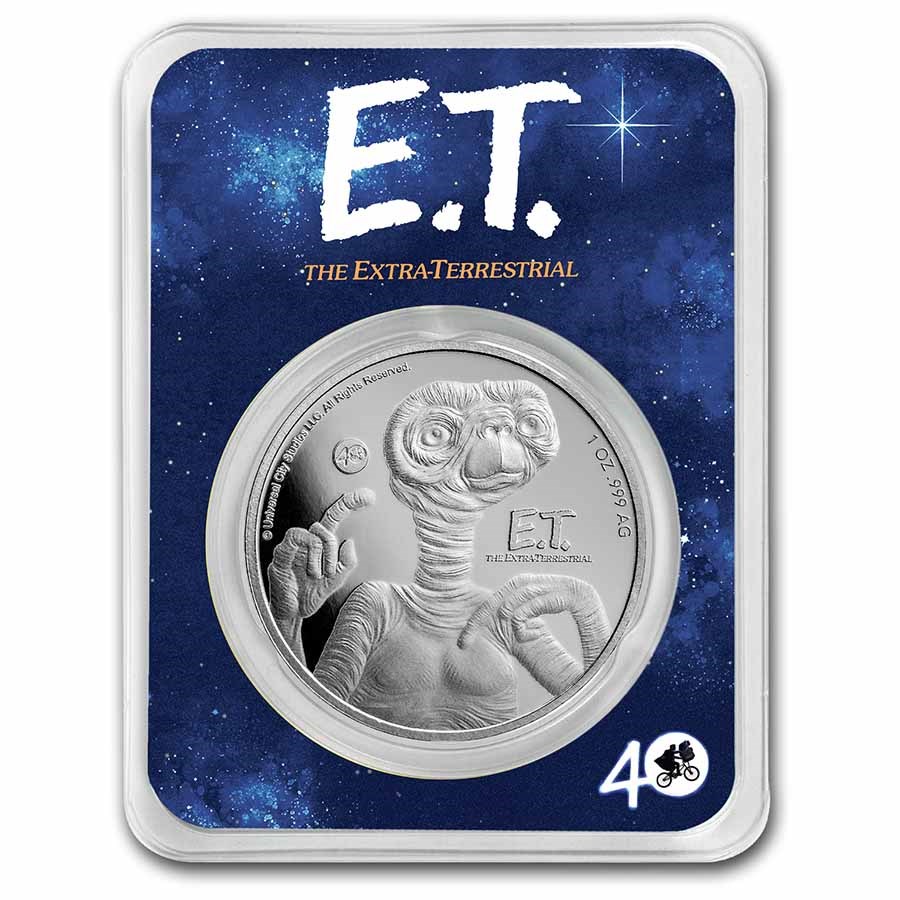 Product Details
Product Details
As low as $9.99 per coin over spot
He's just a lost space alien trying to find his way home. Commemorate a classic 1980s film as E.T. The Extra-Terrestrial turns 40 years old in 2022. Add one of these unique coins to your collection in officially licensed tamper-evident packaging!