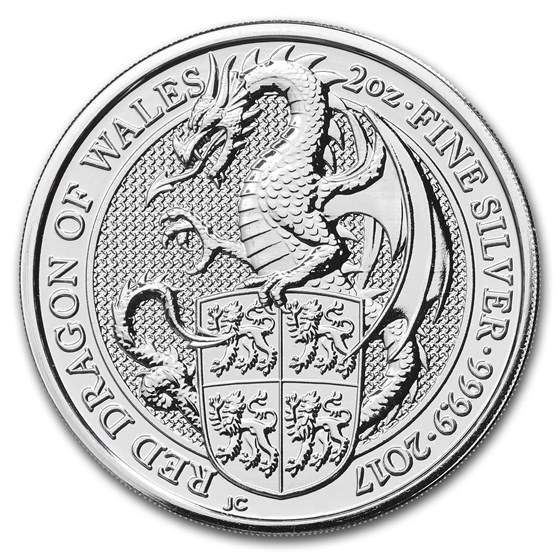 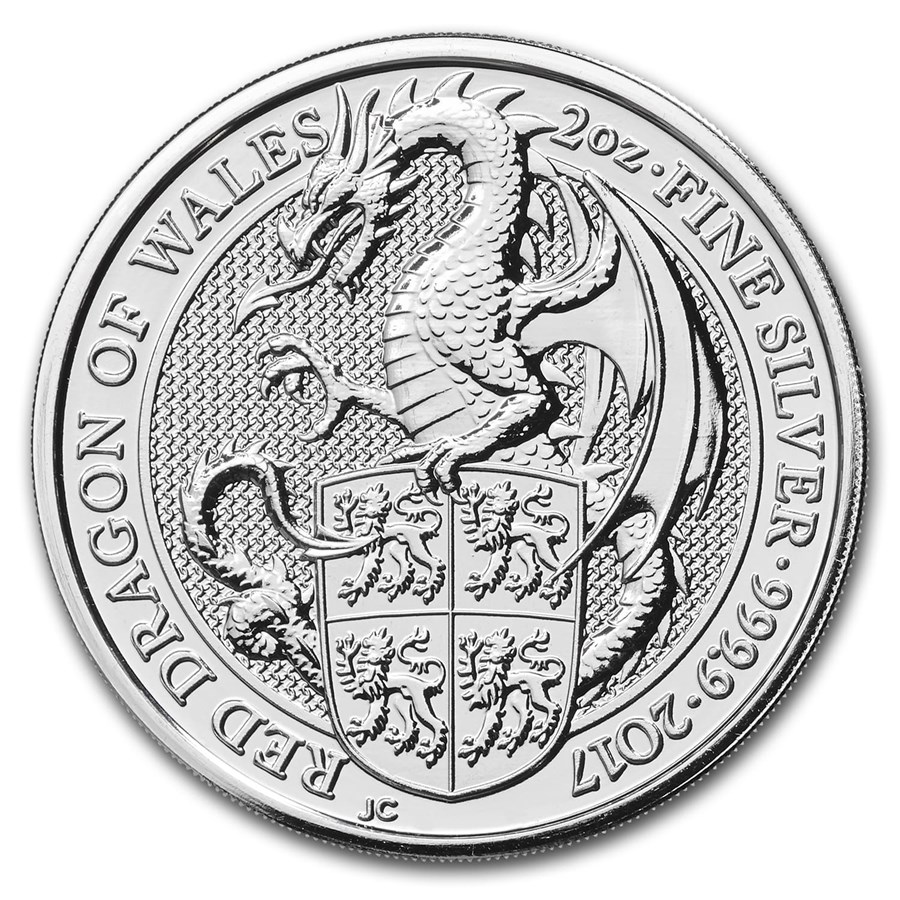 Product Details
Product Details
The third release in the popular 10-coin series of majestic creatures from The Royal Mint features the mighty Red Dragon of Wales in 2 oz of .9999 fine Silver.

The 2017 Queen's Beasts Silver coin is the third 2 oz Silver British Bullion coin from the Royal Mint. Add the third coin of this exciting 10 coin series to your cart today!

The Queen's Beasts Silver Dragon Coin is High in Value

Like the previous two releases, the Queen's Beasts Silver Dragon coins are high in quality and value. Minted in .9999 fine Silver, you can grow the value of your collection with these coins. The fierce dragon is symbolic of strength and power. This Silver coin is sought by collectors all over the world for its quality and beautiful design. Buy the Queen's Beasts Silver Dragon coin from APMEX today at competitive prices.

Yet another nice design by the British mints .

By far my favorite silver coin right now. I suggest a capsule for is to preserve the flawless condition.

My 3 QB's 2 Oz., the Dragon, Bull and Unicorn all showed up earlier than expected in excellent condition

Very nice coin in a classic series in the making...

These coins have everything going for them, great pedigree, excellent design that pops, and you have to love the heft of the 2 oz rounds. Plan on getting all of these as they come out for a "Queens Beast" set...well worth the investment, given low premium, limited mintage, and high collectability.

These coins are thick, about twice as thick as an ASE and a little smaller around. Perfect size for 2oz in my opinion, great buy.

I will be buy more

APMEX. Thank you for the good products and for the well-packed coins. This was my first and not the last purchase of coins from you. now only you

I bought three from Apmex and loved the coin so much I decided to order seven more. Thank you Apmex! My son loves these coins too!

I love these coins very well made. I will be getting the whole series.