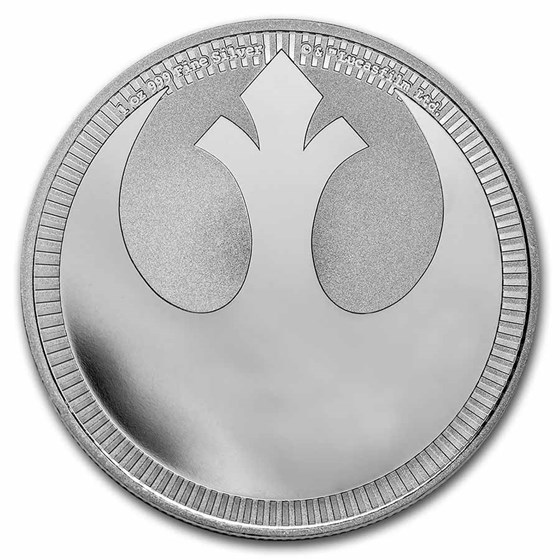 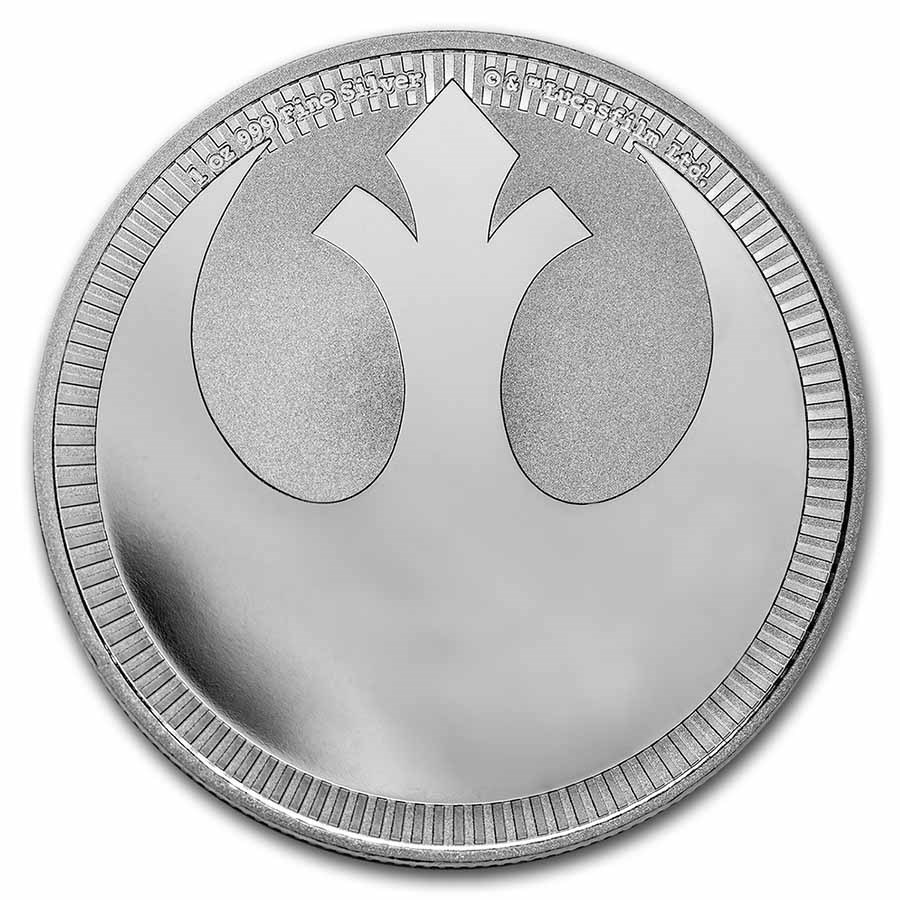 Product Details
Product Details
Any quantity only $7.99 per coin over spot
Following the Galactic Empire bullion comes the third release in the Symbols of Star Wars series exclusively from APMEX. This coin features the officially licensed Symbol of the Galactic Rebel Alliance in .999 fine Silver!

Star Wars Rebel Alliance Starbird
Following the collapse of the Galactic Republic into the Galactic Empire, an alliance of star systems rebelled and thus began the Galactic Civil War. As a symbol of that alliance, rebel leaders such as Leia Organa would adopt the starbird or phoenix, which had appeared informally in anti-Imperial graffiti, in response to the demise of Galen Marek whose family crest bore the same symbol. Marek, an apprentice to Darth Vader, turned from the Dark side and sacrificed himself to protect the leaders who would go on to found the Rebel Alliance. This symbol would appear on the helmets, starships and other equipment of the alliance. Thanks to the leadership of Leia Organa, Admiral Ackbar, Han Solo, Luke Skywalker and many others the Rebellion would eventually be victorious.

Beautiful coin! a must have if you are a big Star Wars fan

The picture for this has done no justice for what this coin actually looks like. The main icon for the Rebel Alliance is proof like, while the background is BU like in finish. I was not expecting this when I opened the box and it was a welcome surprise.