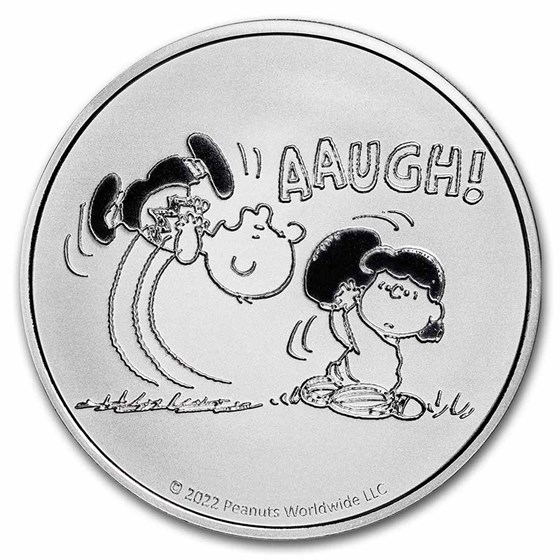 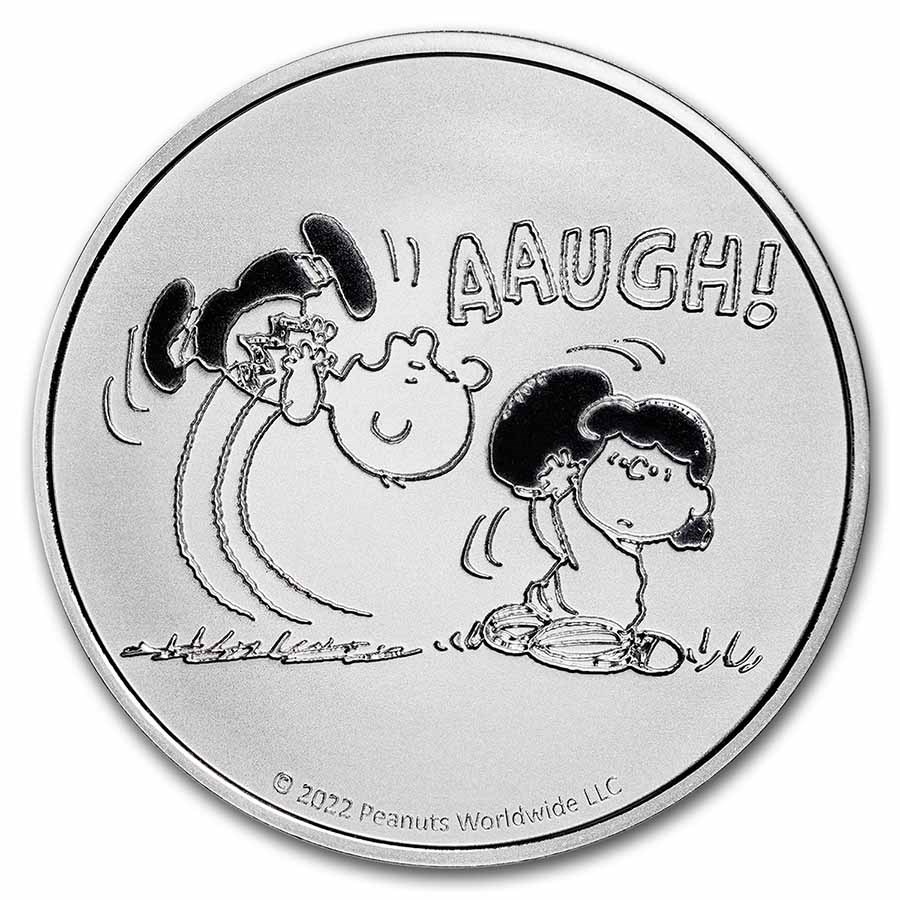 Product Details
Product Details
Any quantity only $6.99 per round over spot
Celebrate the start of football season with the ninth release of our officially licensed and limited mintage Peanuts® Precious Metal series. In this release, it's Lucy van Pelt's classic football gag, available exclusively from APMEX!

Whether you are a collector, gift-giver or a Peanuts® fan, these rounds are a great way to celebrate the fall football season. Add this Peanuts® Lucy Pulls the Football 1 oz Silver round to your cart today!

A possible motivation for Lucy's continuing to pull away the football seems to be explained by a strip on October 18, 1953 where she is the one attempting and failing a kick only to be mocked and ordered home by Charlie Brown who tells her that little girls don't belong on football fields, despite the fact that the ball was hers. From that moment, nearly every year in the fall would feature a comic strip where Lucy would pull the ball away at the last minute and taunt Charlie Brown. Charlie Brown knows that Lucy will pull the ball away and yet somehow she manages to convince him to try again and again. On one rare occasion, she does promise to a sick Charlie Brown not to pull the football away if he gets better. She upholds this promise only to be kicked in the hand by a clumsy Charlie Brown who fails yet again. Despite this ongoing failure, Charlie Brown's repeated attempts are comical and yet also motivational as they embody the spirit of never giving up.

So glad I purchased this one to add to my Peanuts collection. Very nice-looking design...I just love it!