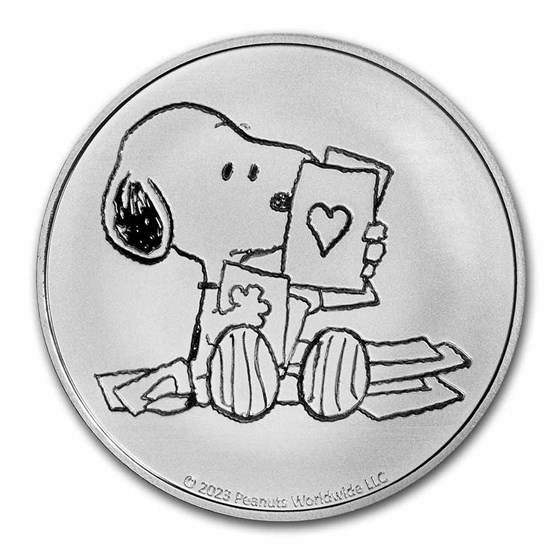 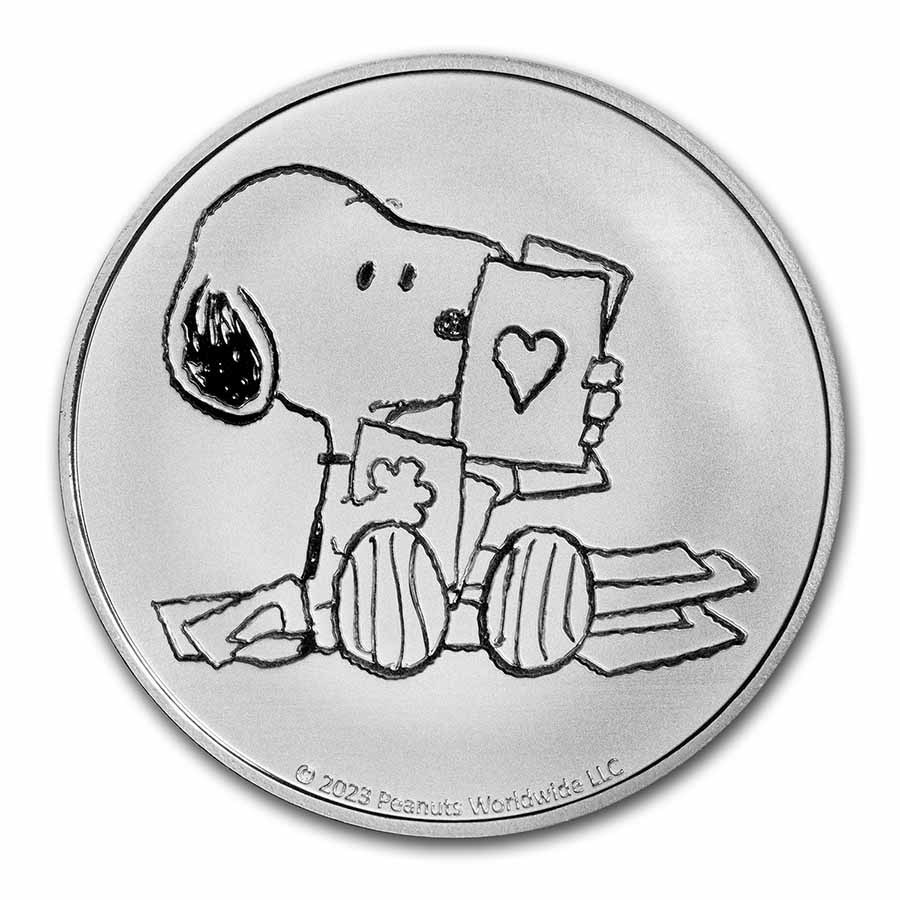 Product Details
Product Details
As low as $5.99 per round over spot
Celebrate Valentine's Day with Snoopy! Instead of getting your Valentine a card, get them a Valentine's gift that will last much longer than paper. Get them this Silver round showing Snoopy opening his Valentine's cards! Only 5,000 of these rounds exist.

Whether you are a collector, gift-giver or a Snoopy fan, these rounds are the ideal Valentine's Day gift for that special someone. Add this Peanuts® Snoopy Valentine's Day Cards 1 oz Silver round to your cart today!