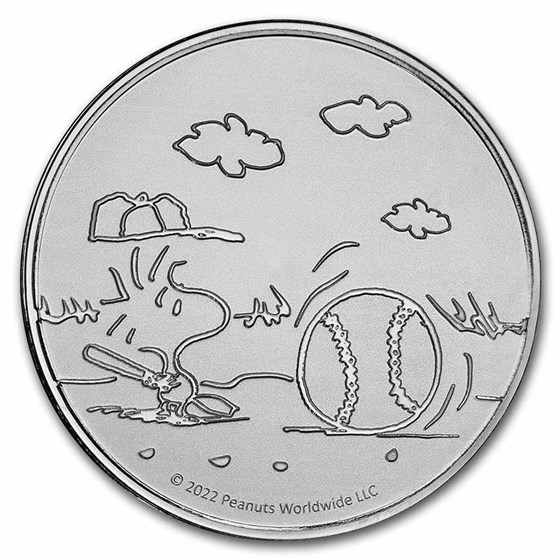 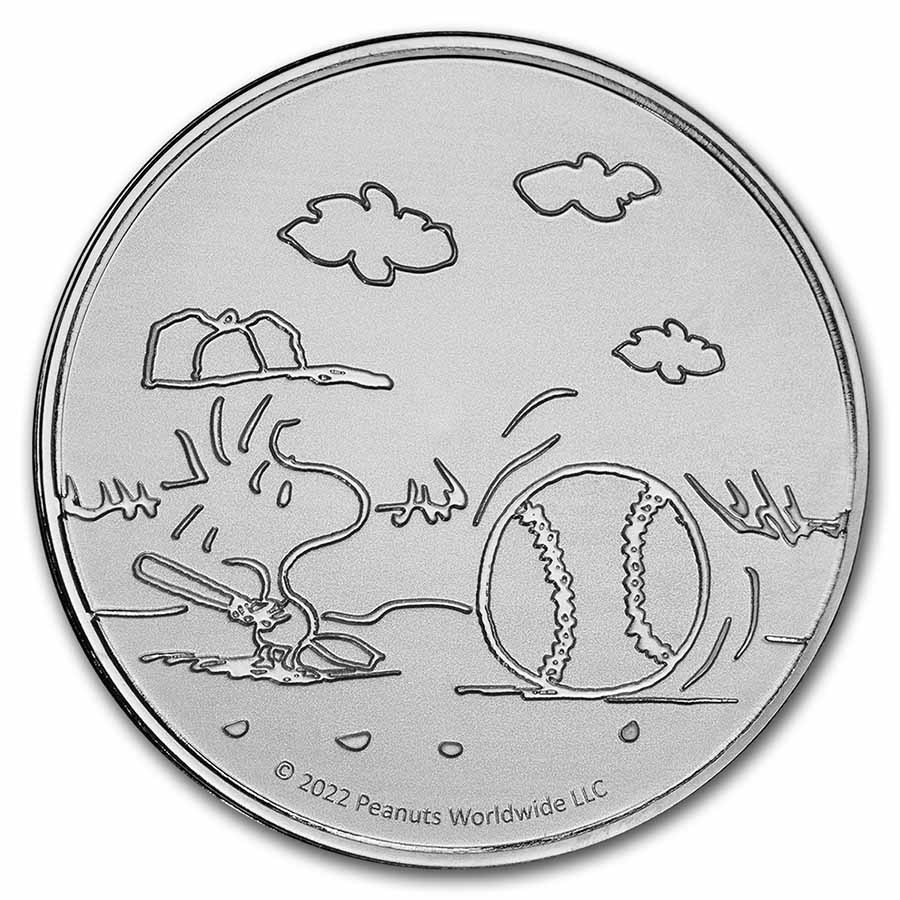 Product Details
Product Details
As low as $5.99 per round over spot
Celebrate the start of baseball season with the eighth release of our officially licensed and limited mintage Peanuts® Precious Metal series. In this release, it's Woodstock at bat, available exclusively from APMEX!

Whether you are a collector, gift-giver or a Woodstock fan, these rounds are a great way to celebrate springtime and baseball season. Add this Peanuts® Baseball - Woodstock at Bat 1 oz Silver round to your cart today!

Peanuts® and Baseball
As America's pastime, the Peanuts® gang enjoys a good game of baseball! Charlie Brown manages the local neighborhood team which never seems to win a game except for when he's not there to play. Lucy plays in right field and can rarely catch the ball, though she does manage a home run after Schroeder agrees to kiss her if she does. Schroeder is the catcher, but doesn't know how to throw so he conceals this by walking to Charlie Brown and having something to say as he brings the ball back with him. When Pig-Pen hits a ball and tries to run, the air is too dirty and Linus struggles with untied shoelaces. Many characters can't catch the ball since they all try to go for it at once. Woodstock and his fellow birds are too small to hold a standard bat or hit the ball. Peppermint Patty is the only one with great skill who has ever played on the team, but even with her home runs and pitching a no-hitter, the team of misfits still manages to lose, which is often blamed upon poor Charlie Brown. Only Snoopy seems to know what he's doing.

It’s nuts not to buy this Peanut Collectible. The coin is gorgeous and arrives already in a capsule!