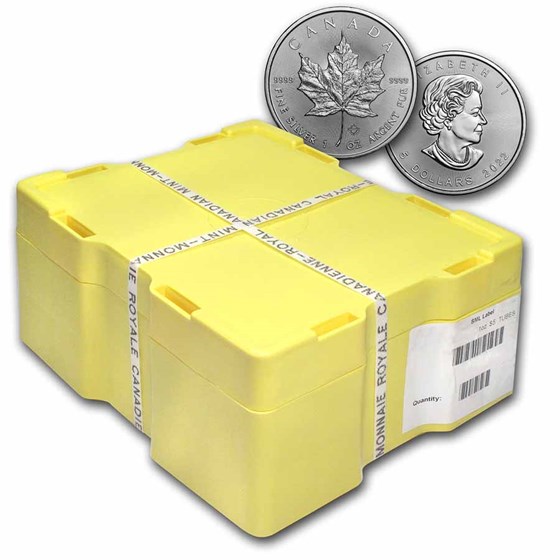 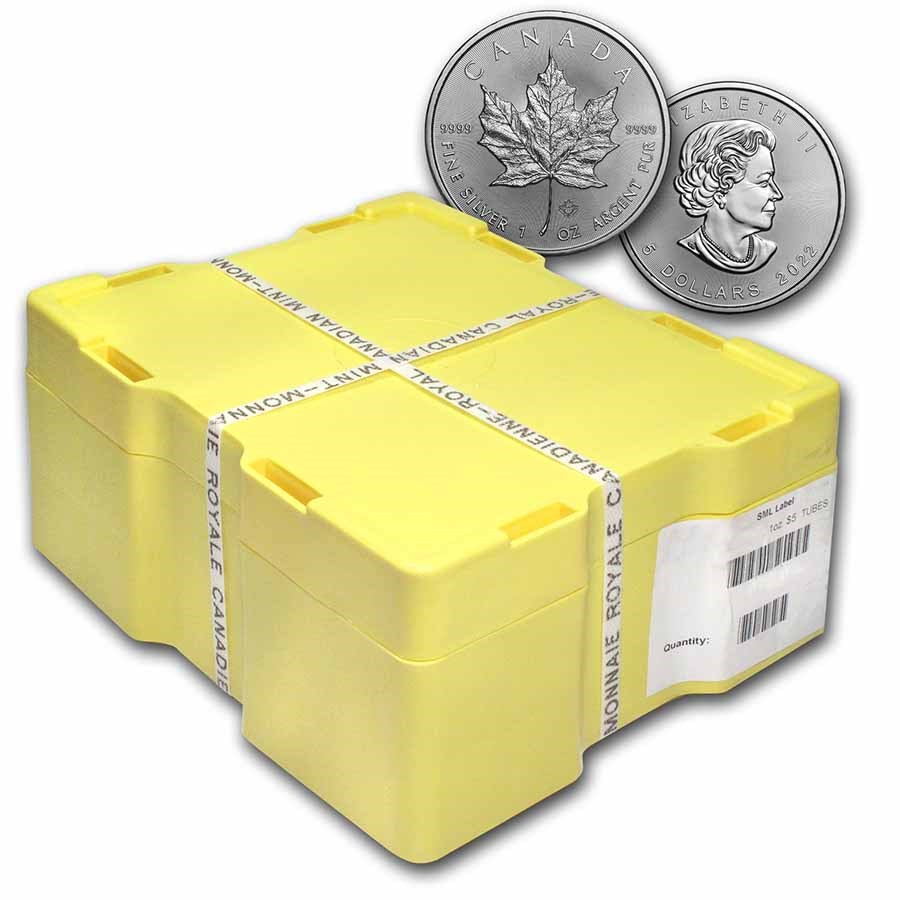 These items are on a slight delay with an expected ship date of September 27, 2022. Your entire order will ship upon their arrival.

The maple leaf has been Canada's national emblem since the 18th century. MintShield™ technology, which RCM developed, is a game-changing breakthrough that significantly lowers the incidence of milk stains.

The Silver Canadian Maple Leaf is loved by investors and collectors worldwide. Add a 2022 Silver Maple Leaf Monster Box to your cart today!

Silver Maple Leaf Series
Canadian Silver Maple bullion coins are notable for having a very high proportion of pure Silver. The valuable combination, complemented by the gleaming surface, makes these Canadian coins particularly appealing to the eye. First produced in 1988, there have been several commemorative designs, but the Canadian maple leaf has always remained at the center. On different series issued by the Royal Canadian Mint, the coin comes in a variety of weights. However, their fine Silver content remains consistent.

The Royal Canadian Mint's Security Features
Since 2015, The Royal Canadian Mint's Bullion DNA initiative has offered the most secure bullion coin on the market. Each bullion coin is given a textured maple leaf security privy mark that is micro-engraved with laser technology and can only be seen under magnification. The two digits representing the year of manufacture are etched into the maple leaf, enabling the authenticity of a coin to be verified at a glance.

MINTSHIELD Surface Protection, the world's first and only demonstrated method for considerably reducing the appearance of white spots or "milk spots" on Silver bullion coins, is now applied to all Canadian Silver Maple Leaf bullion coins dated 2018 and later.