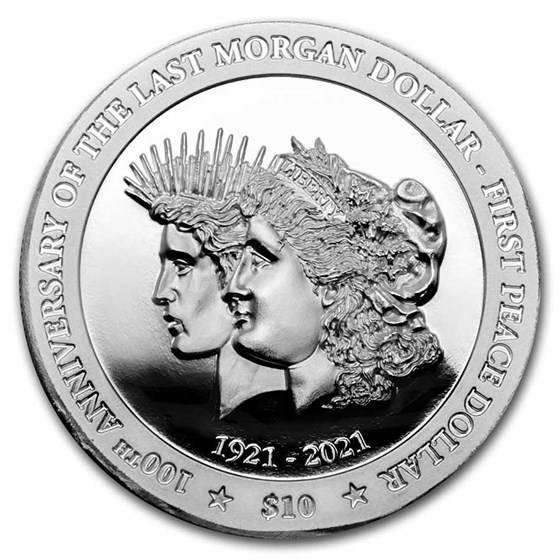 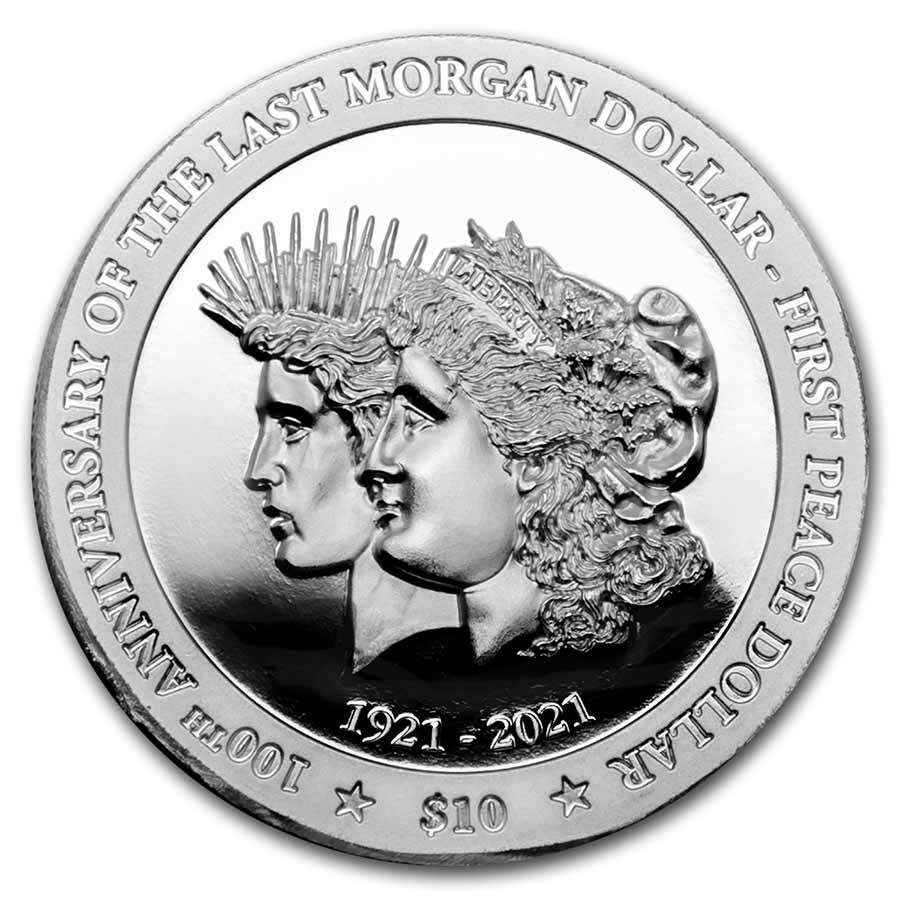 Product Details
Product Details
This 2 oz .999 fine Silver Ultra High-Relief coin commemorates the centenary of the transition of the Morgan Dollar to the Peace Dollar.

Protect and display your 2020 BVI 2 oz Silver Ultra High-Relief Morgan-Peace Dollar coin in style by adding an attractive display or gift box to your order.

The Morgan Dollar was minted from 1878 to 1904 and then again in 1921. The coin was named after its designer, U.S. Mint Chief Engraver George T. Morgan, and the obverse depicts a profile portrait representing Liberty. George T. Morgan was born in Birmingham, England, where he worked as a die engraver.

The Peace Dollar was minted from 1921 to 1928 and then again in 1934 and 1935. It was designed by Anthony de Francisci as a result of a competition to find designs representing peace. The design showed the head of the Goddess of Liberty in profile.

The design on this brand-new coin produced in 1 oz Silver Piedfort Ultra High Relief (2 oz total), shows the two profile images of the portrait representing Liberty and the portrait of the Goddess of Liberty representing peace. The dates 1921–2021 are shown beneath the two busts.

In 1876, the U.S. Mint director began efforts to redesign the U.S. Silver Dollar. He contacted the deputy master of the Royal Mint in London, looking for a die-sinker who would be willing to take the position of assistant engraver at the U.S. Mint. George T. Morgan was highly recommended and he began working for the U.S. Mint. In 1917, he became the chief engraver until he died in 1925. Therefore, an English engraver, who worked at the British Royal Mint, was behind the design of the most famous Silver Dollar.

Pobjoy Mint
Pobjoy Mint is a privately held company in Surrey, England that was founded in 1965 by Derek Pobjoy. Today, it continues to be a family run business and a leader in the manufacturer of legal tender coins for British Overseas Territories. As a private mint, they also produce medals, medallions, official regalia (royal crowns and scepters), tokens and a wide range of numismatic coins. Pobjoy is also known for developing the first man-made precious metals called Virenium®. Additionally, Pobjoy is the only mint in the world that has perfected the manufacturing of colored Titanium coinage.