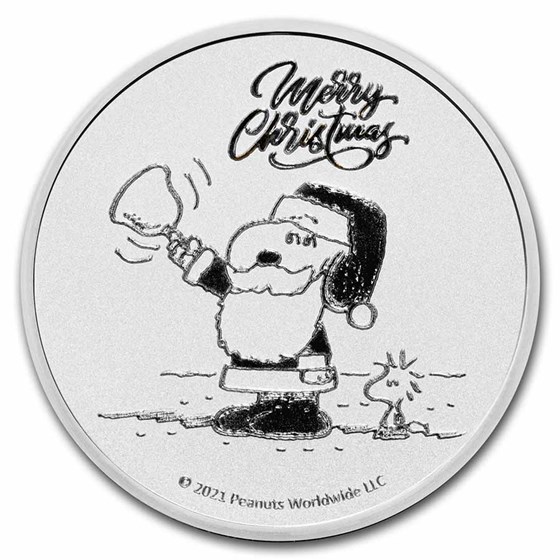 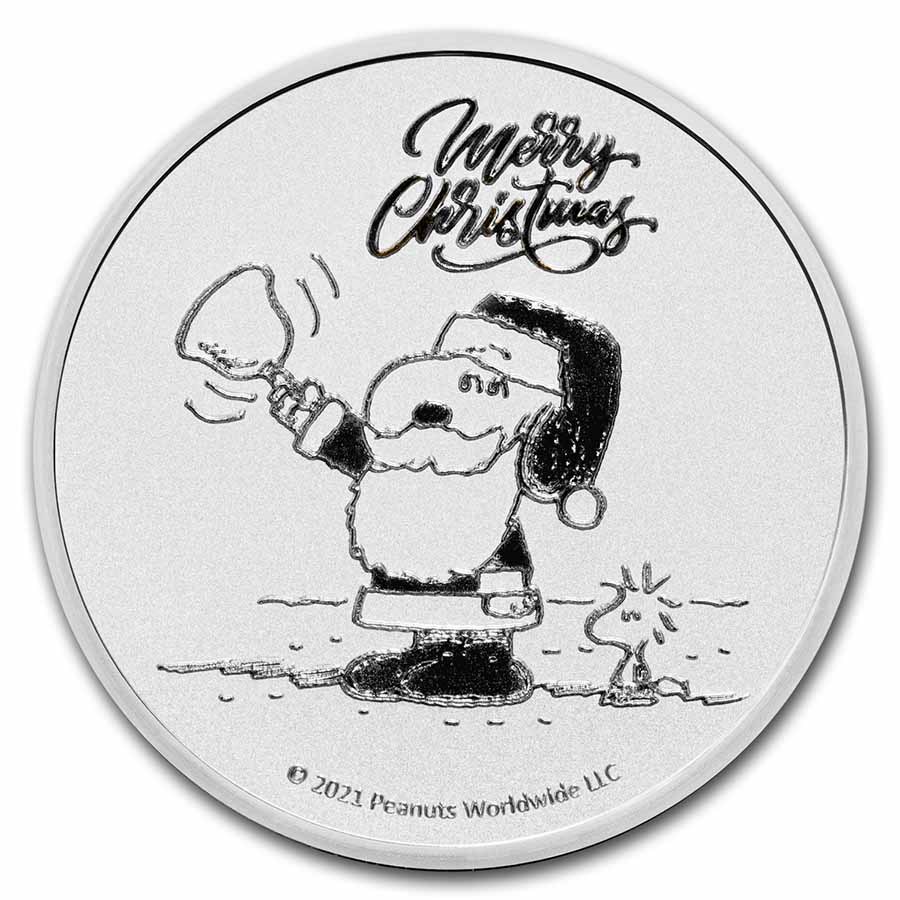 Product Details
Product Details
Only $9.99 per round over spot
Snoopy, dressed as Santa Claus, rings in the Christmas season with help from his little buddy Woodstock! Spread holiday cheer with this limited mintage sixth release in the Peanuts series exclusively from APMEX!

Round Highlights
Protect your Silver in storage from the adverse effects of moisture in the air by adding these silica gel packets to your order.

Whether you are a Snoopy and Woodstock fan or a collector, these rounds make the perfect Christmas gift! Add this Peanuts® Snoopy & Woodstock Christmas 1 oz Silver round to your cart today!


Snoopy & Woodstock Christmas
Ever since the debut of A Charlie Brown Christmas in 1965, people around the world have associated the nostalgic charm of Peanuts® with holiday cheer. At Christmastime, friends and family gather to bask in the warmth of each other's company and one of the greatest friendships in all of TV and comic strip history is between Snoopy and his yellow bird pal, Woodstock. Snoopy first met Woodstock's mother in the March 3rd, 1966 issue of the Peanuts® comic strip where she made her nest and laid two eggs on Snoopy's tummy as he lay on top of his doghouse. Later she flew away and shortly afterward the eggs hatched. While one chick flew off, the other hung around Snoopy and returned in the April 4th, 1967 issue. This little birdie first helped the Flying Ace as his mechanic, thus establishing his role as Snoopy's sidekick. It wasn't until the June 22, 1970 issue of the comic strip that we learned of the bird's name, which Charles M. Schulz chose after the music festival that had occurred nearly a year earlier. This unique Precious Metal round celebrates Snoopy and Woodstock's friendship as well as Christmas generosity, marked by Snoopy's likeness to the volunteers dressed as Santa Claus who ring bells and raise money for charity. Give this round as a memorable keepsake to your friends and family to commemorate the Christmas holiday!