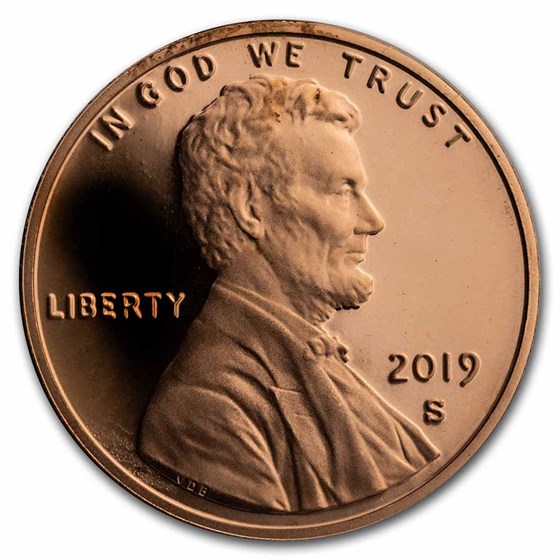 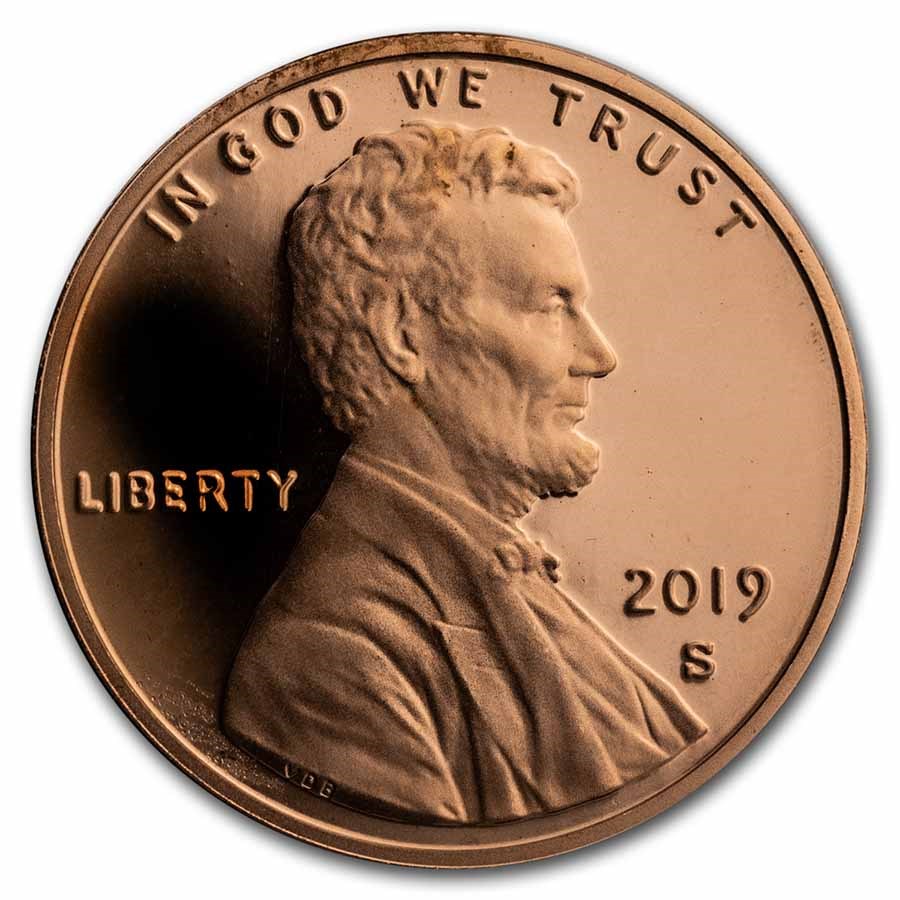 Product Details
Product Details
Lincoln Cents are the longest continuously minted coin to be produced by the U.S. Mint. With much lower mintages than the standard circulation strike coins, these Lincoln Shield Cent Proofs have great collectibility.

Preserve your 2019 Proof Lincoln Cent, along with your other coins and collections, by adding a home safe or lock box to your order.

Bring an iconic piece of American coinage history to your collection by adding this Proof 2019-S Lincoln Cent to your cart today!

2019-S Lincoln Cent Proof (Red)
When the Lincoln penny was first created, it was made from bronze until America went into war with Germany and Japan during World War II. During the War, the United States needed something more durable than metal for our coins, instead of continuing to use another soft metal like before. The decision was made to use a hard coat over zinc on the pennies, making them stronger and helps prevent corrosion.

The Lincoln penny is often seen as a symbol of American history and culture. Though there have been many different types of Lincolns over the years, they all share one thing in common: a front side featuring profile images depicting Abraham Lincoln while on their backs is found his famous memorial. Designers Victor David Brenner and Frank Gasparro created this coin which has become known as the most used among Americans due its symbolical value with our country's history and culture.

History of the United States Mint
The United States Mint is an institution that has been around since 1792, making it one of the oldest agencies in America. The U.S. Mint began as a small operation housed in the basement of the Philadelphia Bank of the United States. In the early days of the mint, its sole purpose was to produce coins for other countries. In 1793, shortly after opening, the growing demands from U.S. citizens all over this country caused the mint to start producing our own currency as well.

The United States Mint has been a vital component in not only the development of the country, but also its economy by creating coins both beautiful and historically significant. The Mint is responsible for producing some of America’s most iconic coins, including the Lincoln Penny, the Jefferson Nickel and the Roosevelt Dime. The U.S. Mint also creates Silver and Gold bullion coins known around the world such as the popular American Silver and Gold Eagles.