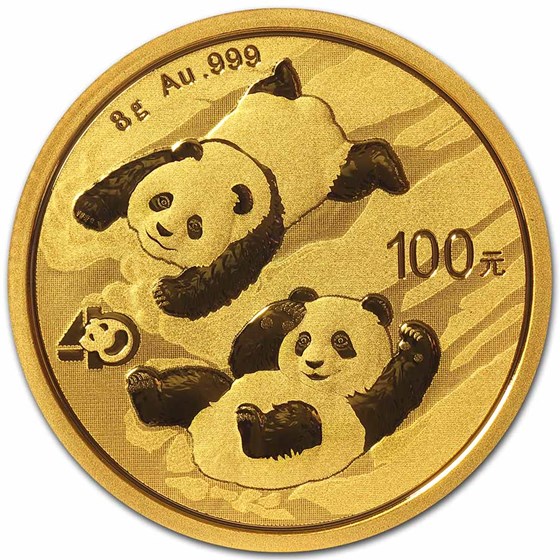 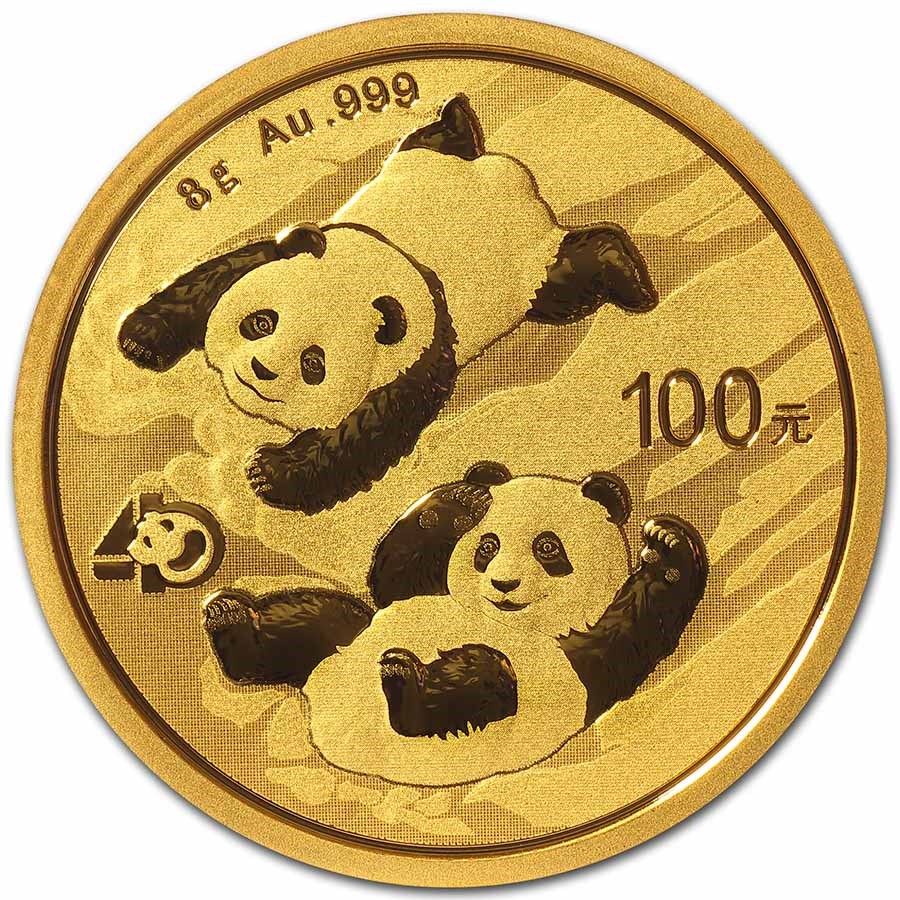 Display your Gold Panda in style by adding an attractive display box to your order.

Enhance your existing Chinese Gold Panda collection with this highly sought after coin. Add the 2022 8 gram Gold Chinese Panda coin to your cart!

Pandas
The Gold Pandas were first minted in 1982 in 1 oz, 1/2 oz, 1/4 oz and 1/10 oz coins. In 1983, they introduced the 1/20 oz sized coins. Some years also include 5 oz and 12 oz Gold coins. In 2016, The People’s Republic of China began minting Gold Pandas in the metric system sizes to better suit the international appeal of the coins. Each year, the design of the panda changes making them highly collectible. The only year they did not change design was 2002, which used the same design as 2001. Collectors spoke up about this halt in the design changes, and the annual design changes resumed in 2003.