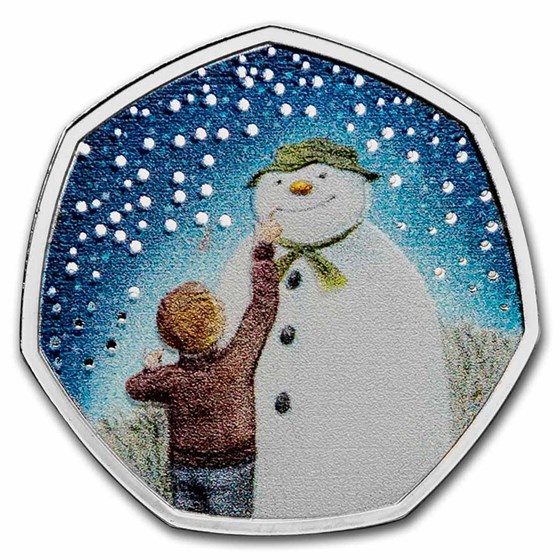 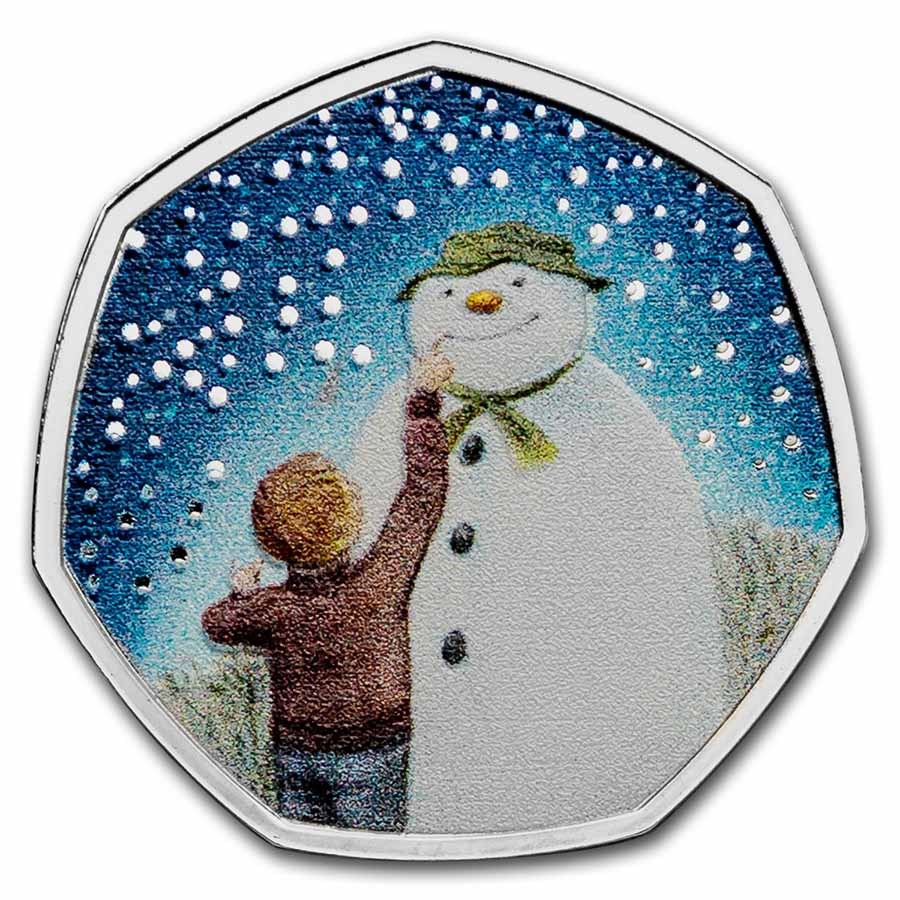 Product Details
Product Details
The Royal Mint's popular series, The Snowman™, continues with the 2021 release and has a updated design by award-winning Illustrator and animator, Robin Shaw.

Protect your gift from fingerprints by adding these cotton gloves to your order.

The Snowman
Officially licensed by Penguin, the official Christmas coin from The Royal Mint celebrates the tale of The Snowman™. With a popular film adaptation starring David Bowie, The Snowman has become synonymous with the Christmas period. The coin commemorates the story of a snowman who comes to life and befriends the little boy who built him. Narrated entirely through pictures, it was originally created as a way to introduce children to mortality, but has since become a popular festive book.