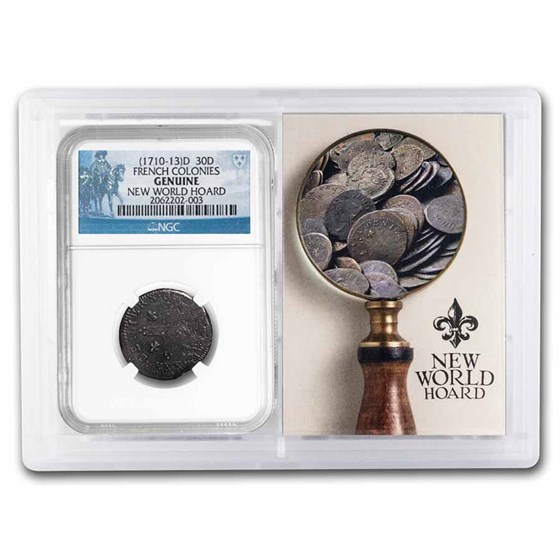 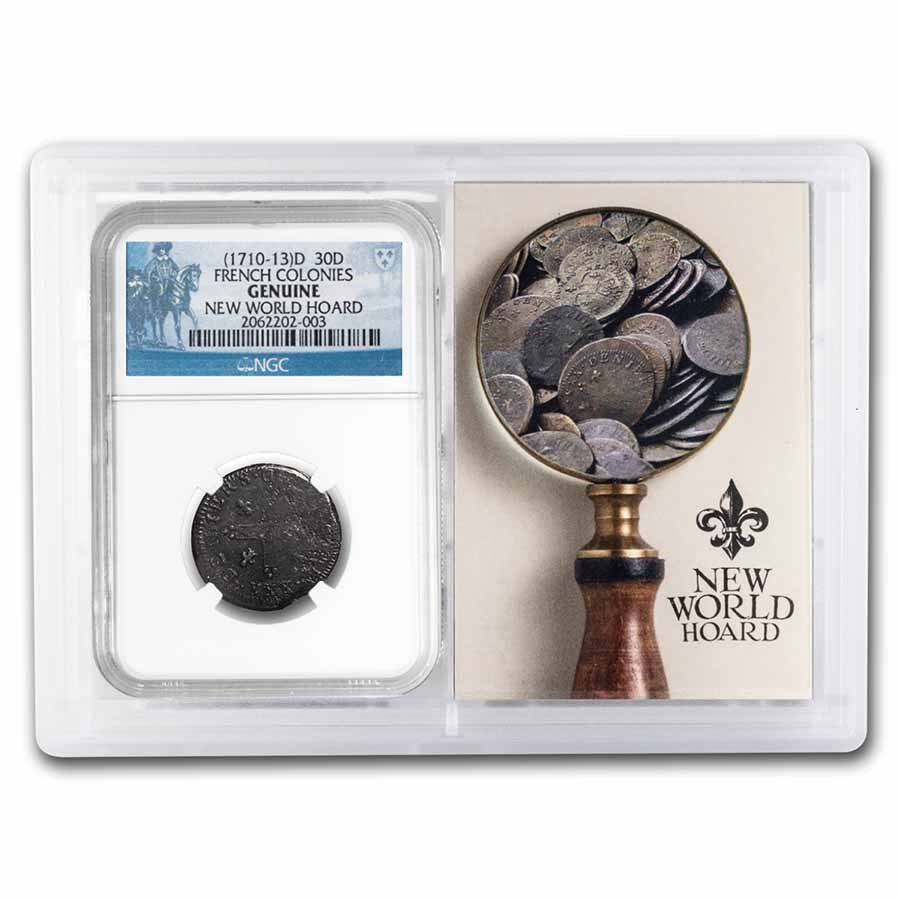 Product Details
Product Details
These Billon 30 Deniers were minted in Lyon, France, and intended for use in the French Colonies in Colonial America. They were part of the New World Hoard, found under the floorboards of a shop in England.

Coin Highlights:
Protect your coin in style by adding an attractive display or gift box to your order.

These examples are part of the New World Hoard mysteriously discovered in England. Add this early 18th Century French Colonial coin from the reign of King Louis XIV to your cart today!