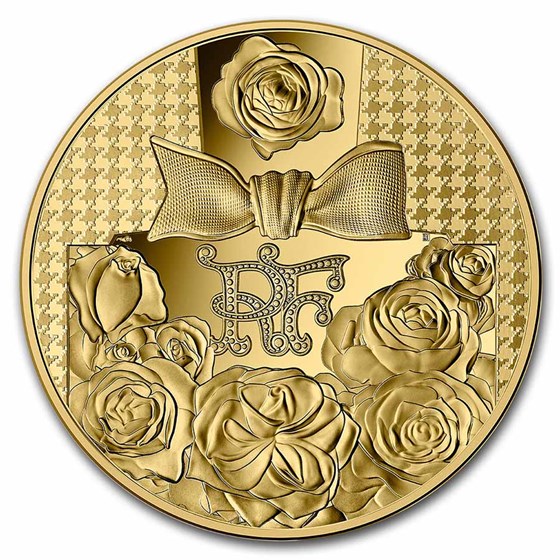 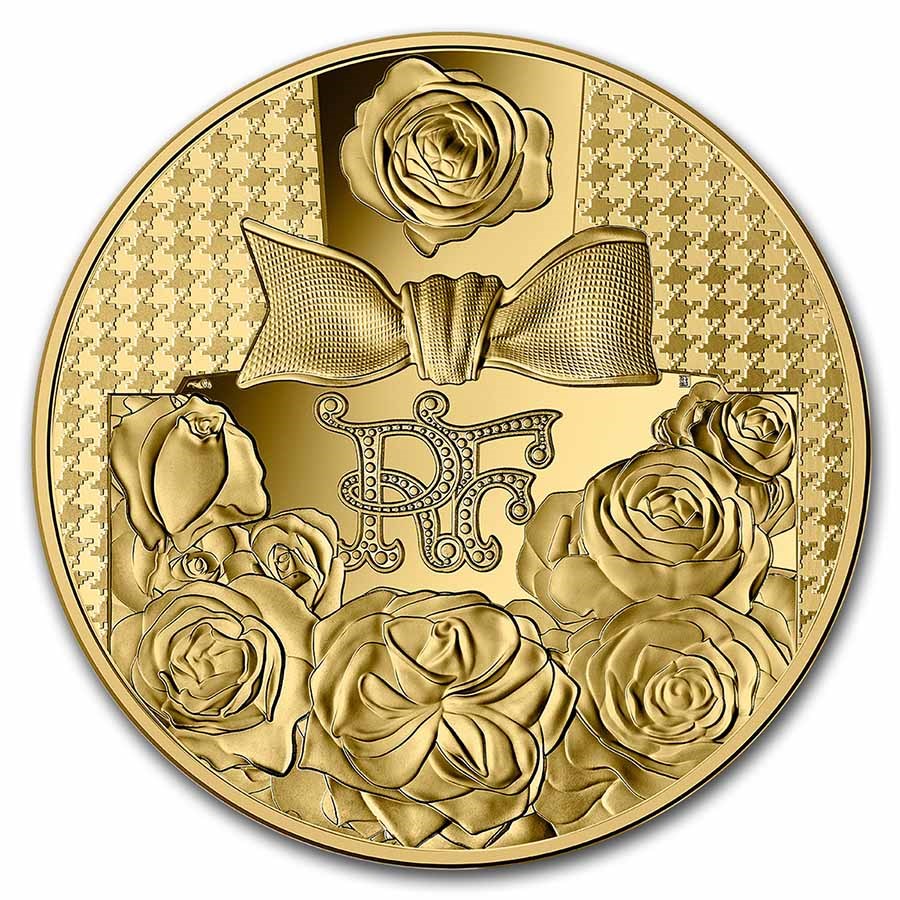 Product Details
Product Details
This coin pays tribute to Christian Dior, and features the famous symbols: the houndstooth, the roses and the couture bow. This 5 oz Gold coin is part of the French Excellence Series from the Monnaie de Paris with an extremely limited mintage of 88 coins.

This Excellence Series Dior coin would be a great addition to any collection. Add this 2021 5 oz Proof Gold €500 coin to your cart today!