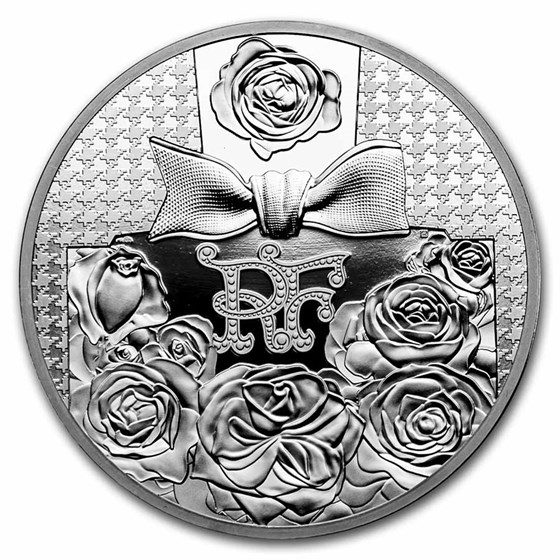 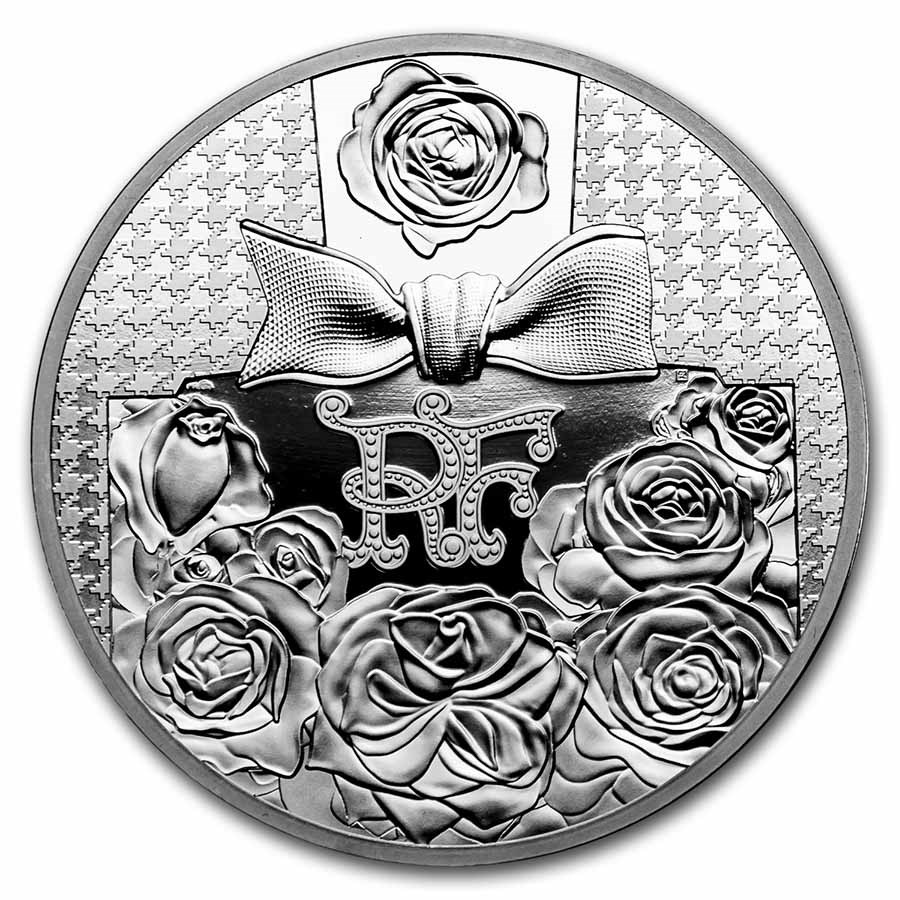 $28.17 $28.47
As Low As
Product Details
Product Details
The mintage of this coin is extremely limited, with only 500 coins. This coin honors Christian Dior and depicts signature emblems: houndstooth, roses and a bow. Shop this 5 oz Silver coin from the Monnaie de Paris' French Excellence Series.

This Excellence Series Dior coin would make a lovely addition to any collection. Add this 2021 5 oz Silver €50 Proof coin to your cart today!

About Dior
Each year, Monnaie de Paris joins forces with a French luxury firm to create an intricately designed series of coins. This year's featured designer is Christian Dior. The coins in this series showcase an alliance of the two rich heritages of Monnaie de Paris and Christian Dior. Christian Dior, at the head of his fashion house, debuted his first collection in Paris's prestigious Montaigne Avenue 30 headquarters on February 12, 1947. That same year, he created his very first fragrance, the captivating Miss Dior perfume. Miss Dior, which flawlessly complemented the women's wardrobe revolution, has remained a timeless item inextricably linked to a fashion house. It has never stopped imposing its vision through beautiful, architectural and endlessly feminine lines.

Monnaie de Paris
Founded in 1864, not only is Monnaie de Paris France's longest standing institution, but it is also the oldest enterprise in the world. Today, the mint strikes circulation coins for France, as well as beautiful Gold and Silver commemorative coin programs that are each intricately designed works of art. The mint is also home to a museum that hosts exhibitions, tours and workshops, and is the home of the Guy Savoy Restaurant.