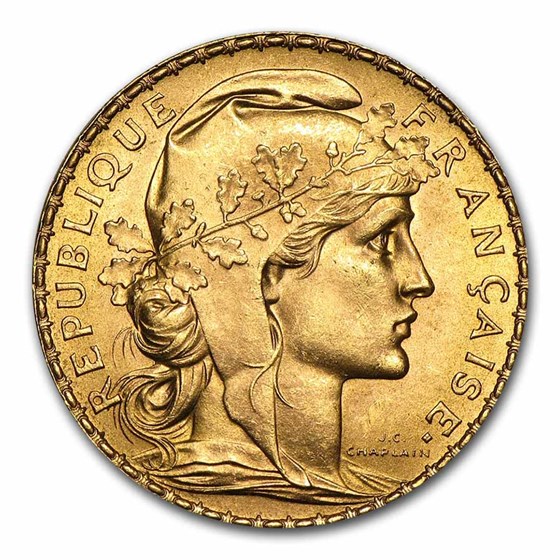 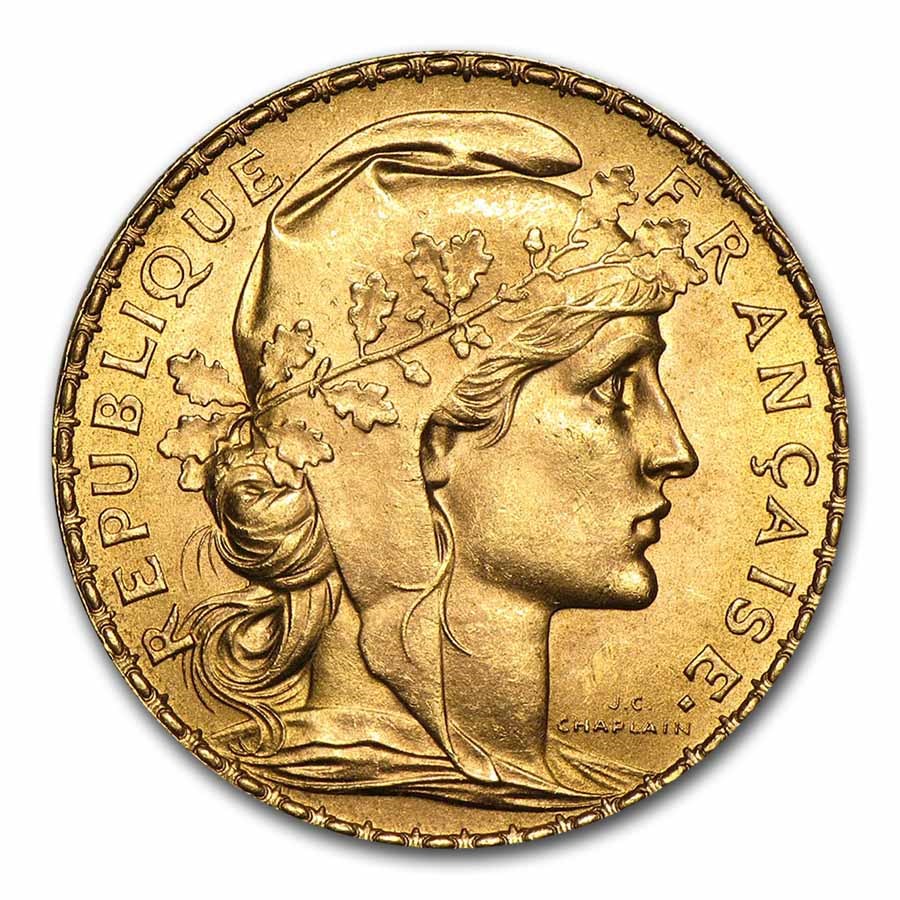 Your purchase will match the quality of the product shown.
Product Details
Product Details
French Gold 20 Franc Roosters are dated from 1899-1914 and are among the most popular Gold bullion coins. These smaller Gold coins have long been ideal for the fractional Gold bullion investor.

Coin Highlights:
Protect and display your French coins in style by adding protective capsules recommended for this coin.

Containing 0.1867 of an ounce of Gold and featuring iconic designs, these coins are one of the most popular world Gold coins among investors. Add some of these French Gold 20 Franc coins to your cart today!


20 Franc Marianne Rooster Gold Coin
Seen as a representation of faith and hope since the medieval period, the rooster became an unofficial symbol of France and its positive advance as a nation. Known as Le Coq Gaulois or the Gallic Rooster, it appears on one side of this celebrated coin. Upon the other side is a right-facing profile of Marianne, the personification of France and its classical liberal values including "liberty, equality, fraternity." These 20 Franc Gold coins were minted from 1899 to 1914 and the design was engraved by J. C. Chaplain.