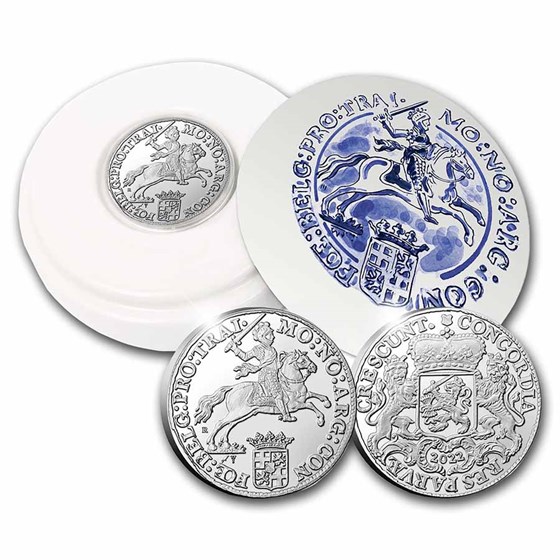 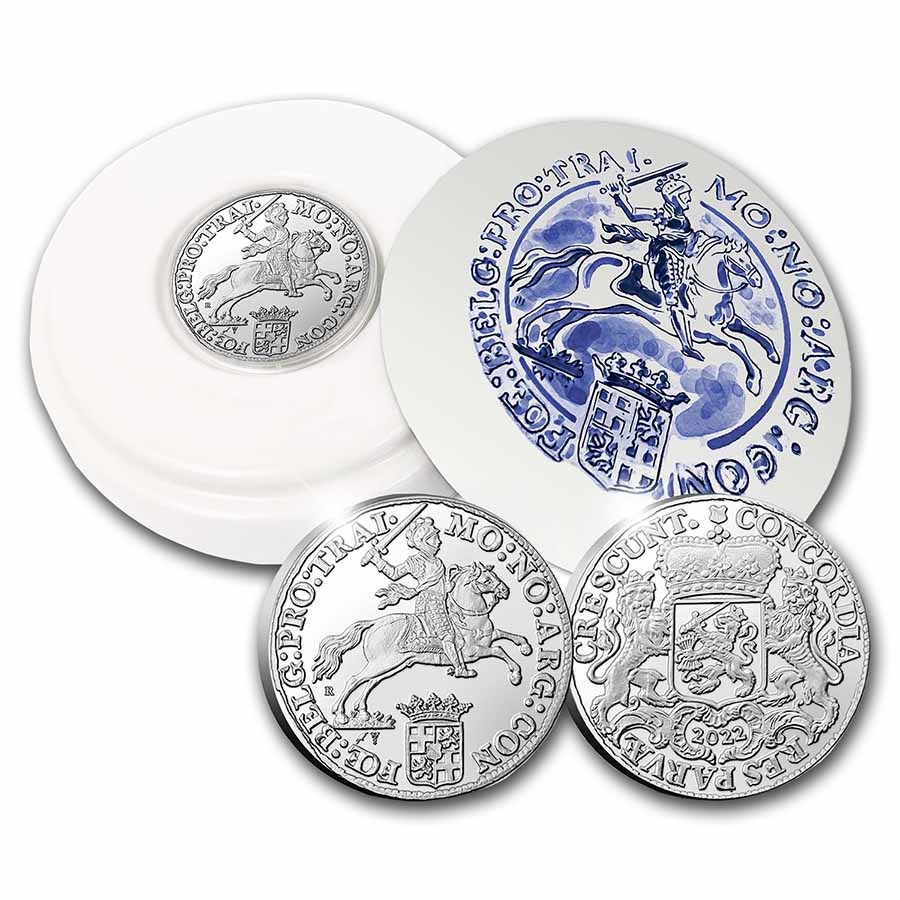 Product Details
Product Details
This official 1 oz .999 fine Silver restrike coin of the Ducaton "Silver Rider" has been brought back by the Royal Dutch mint which comes with a limited mintage of only 200 coins housed in the Royal Delft earthenware.

Originally, it was the intention to found the mint in the capital city of Amsterdamt, but since there was insufficient finance available, it was decided to locate the national mint seat in Utrecht.

In 1901, the company was placed under the supervision of the Ministry of Finance, and in 1912 the mint officially became a company owned by the state. At the end of the German occupation during the Second World War in 1944, coins were produced in the United States. This was necessary to ensure that there would be enough currency available after the liberation. In 1994, Rijks Munt was renamed as De Nederlandse Munt NV. It became a company, 100% of whose shares are owned by the Dutch state. The queen awarded the company the prefix Koninklijk (Royal) five years later, and it was now allowed to call itself De Koninklijke Nederlandse Munt (The Royal Dutch Mint).