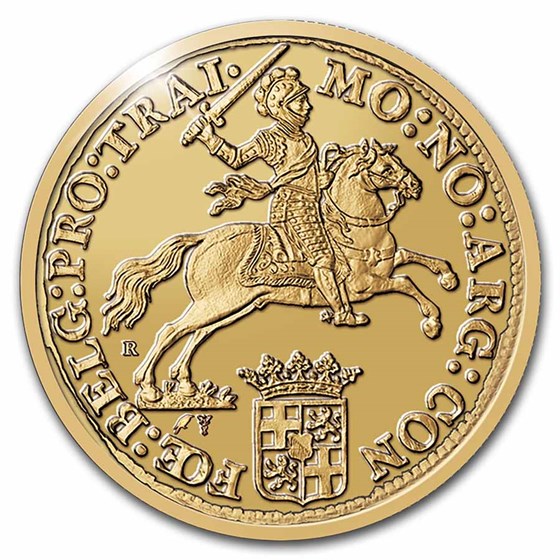 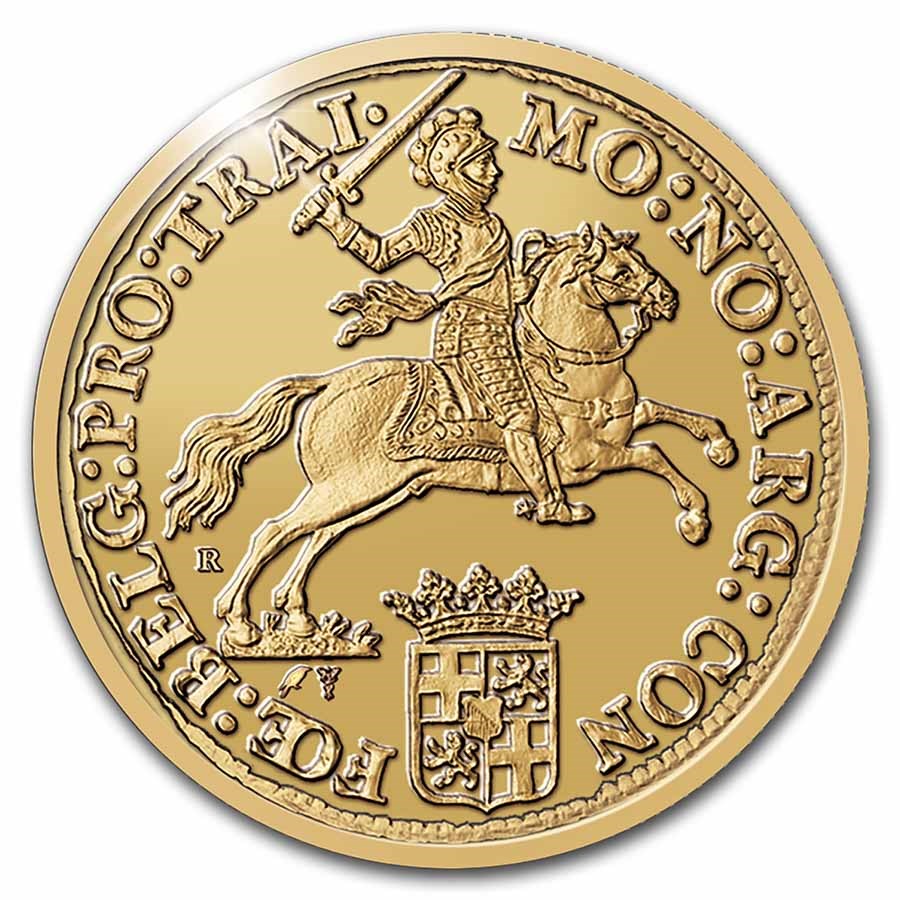 Your purchase will match the quality of the product shown.
Product Details
Product Details
This official 1 oz .9999 fine Gold restrike coin of the Ducaton "Silver Rider" has been brought back by the Royal Dutch Mint and comes with a limited mintage of only 40 coins housed in the Royal Delft earthenware.

This stunning Gold Proof coin is loved around the world for its 1 oz metal content and classic restrike design. Add the 2022 Netherlands 1 oz Gold Proof Ducaton Silver Rider Restrike to your cart today!