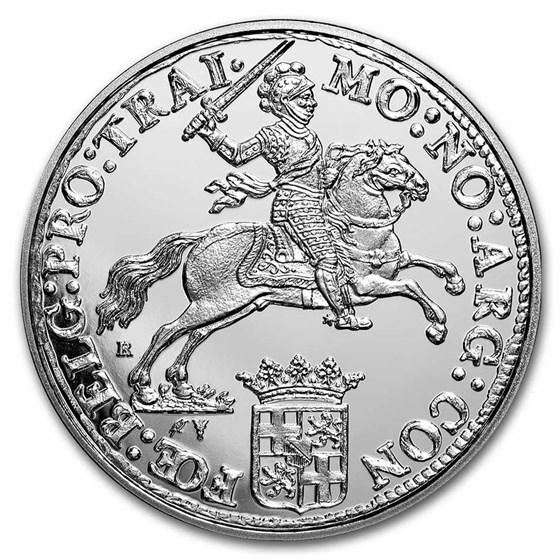 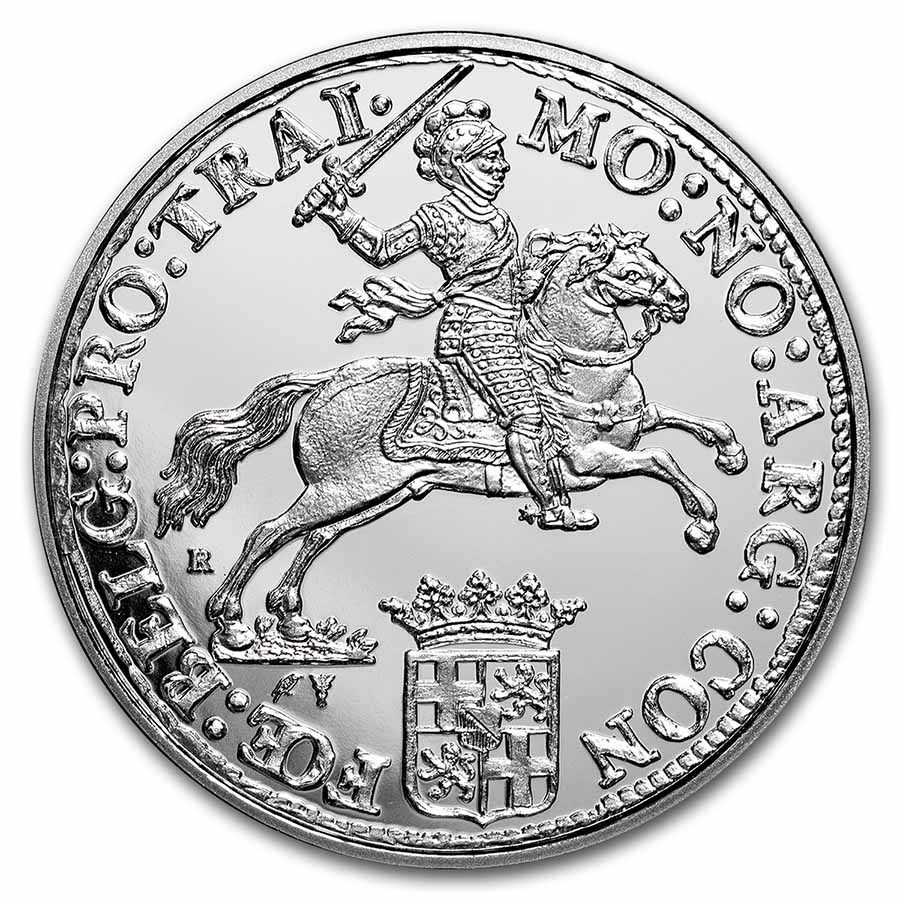 This former trade coin depicts the “Silver Rider," a rider on horseback with sword raised, ready for battle! The Ducaton was first issued in 1761 from the province of Utrecht.

This stunning Silver coin is loved around the world for its 1 oz metal content and classic restrike design. Add the 2022 Netherlands 1 oz Silver Ducaton Rider Restrike to your cart today!

On September 17, 1806, when The Netherlands was under the rule of King Louis Napoleon, he decided that the striking and distribution of coins should be by a single national body. This was in contrast to the Middle Ages custom of large trading cities having their own mint and coins, which resulted in several coins circulating within the country and many levels of controlling bureaucracy.

After Napoleon was defeated in 1813 and the Kingdom of the Netherlands was founded with William I as King, the mint was renamed as Rijks Munt. What is now known as Belgium was a part of the new kingdom, and a second mint was located in Brussels. When Belgium achieved independence in 1839, the Rijks Munt became the only mint in the Kingdom of the Netherlands. The provincial coins had been minted before the unification of the mint were still in circulation. Due to their relatively high intrinsic value, the "new" coins would only gain popularity with the passage of time. In 1849, the provincial coins were officially taken out of circulation.

In 1901, the company was placed under the supervision of the Ministry of Finance, and in 1912 the mint officially became a company owned by the state. At the end of the German occupation during the Second World War in 1944, coins were produced in the United States. This was necessary to ensure that there would be enough currency available after the liberation. In 1994, Rijks Munt was renamed as De Nederlandse Munt NV. It became a company 100% of whose shares are owned by the Dutch state. The queen awarded the company the prefix Koninklijk (Royal) five years later, and it was now allowed to call itself De Koninklijke Nederlandse Munt (The Royal Dutch Mint).

Attractive restrike of a vintage Dutch coin. Got it for the design and history. :rice has stayed the same since introduced

A very cool restrike of a very old coin. It's a beutiful coin and silver of course.

Got these because Im new to stacking, wanted some rounds and these dont have the queen on them :D They have a nice old coin look to em!