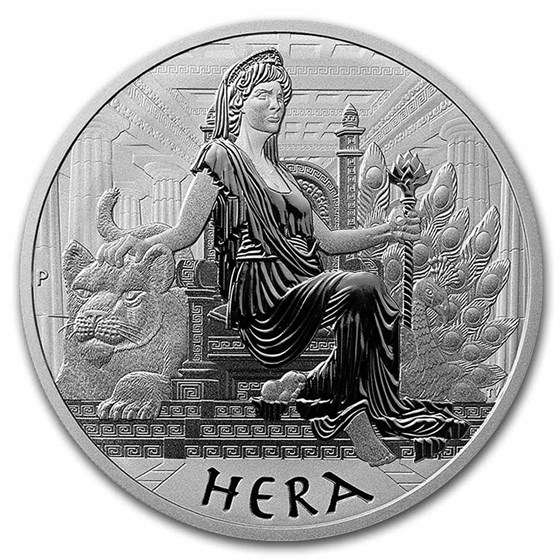 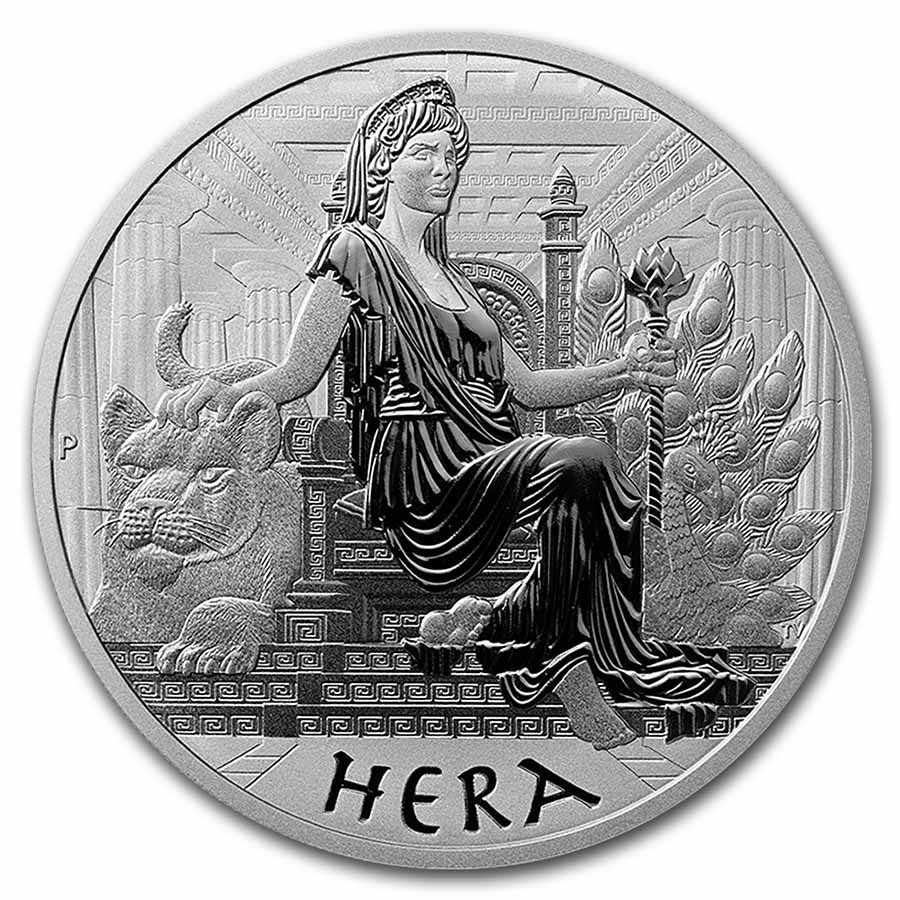 The Perth Mint will release no more than 13,500 of the Gods of Olympus Hera 1 oz Silver BU coins. Add this coin to your cart today!

this coin is very cool

Attractive design. It has gone up in value. Not too hard to acquire