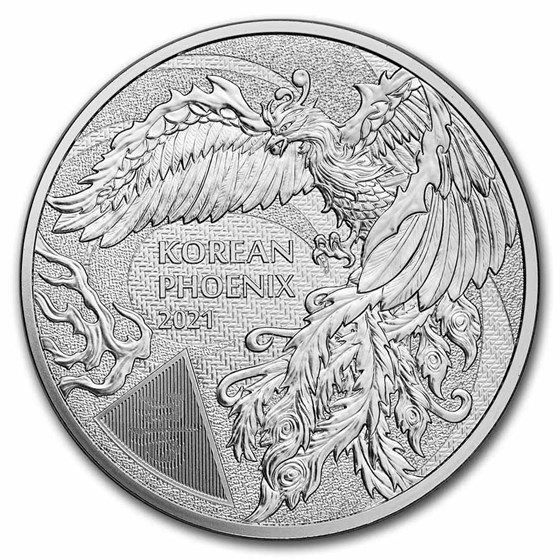 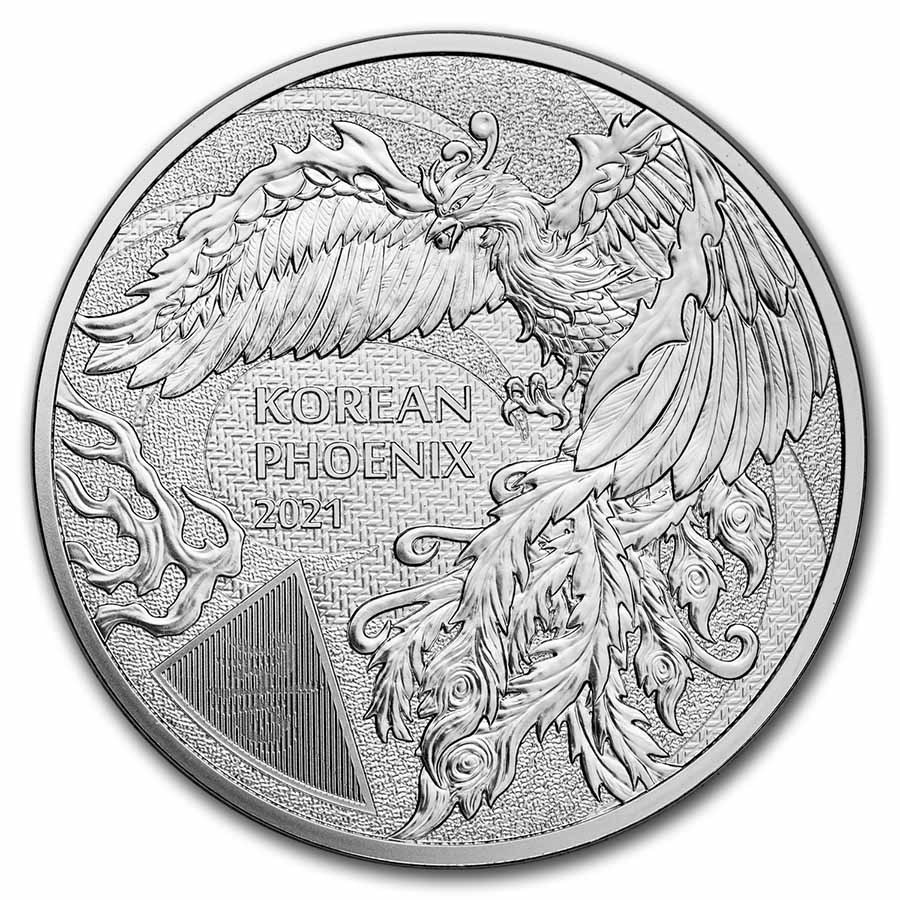 Product Details
Product Details
As low as $8.99 per round over spot
Famous for their Chiwoo Cheonwang Silver Bullion series, KOMSCO, the official mint of South Korea, has launched their second release of the Korean Phoenix in .999 fine Silver.


Add the second release of the South Korean 1 oz Silver Phoenix to your cart today!


Korean Phoenix
The Korean Phoenix, also known as the "Bong-Hwang" is an imaginary bird that has been praised since the ancient times. Along with the dragon, the Phoenix represented the emperor, nobility and auspiciousness. Since 1967, the Phoenix has been used as the presidential seal of South Korea.

Coin definitely looks better in person than the pictures here.

It's a stunning coin in person. Honestly, it's instantly one of my favorites, and I've got a few hundred ounces of diverse international silver. The photos don't do this one justice.