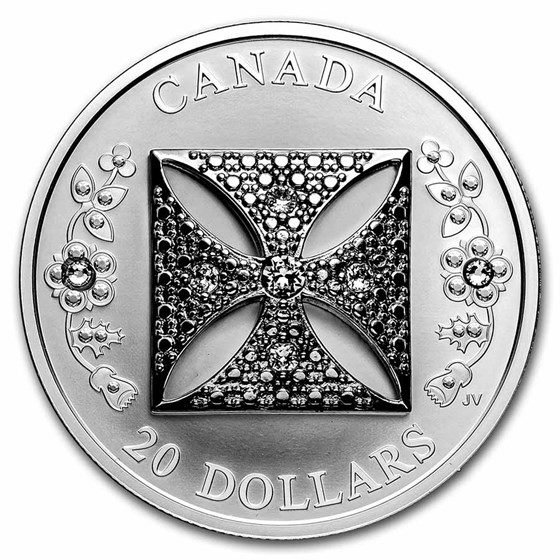 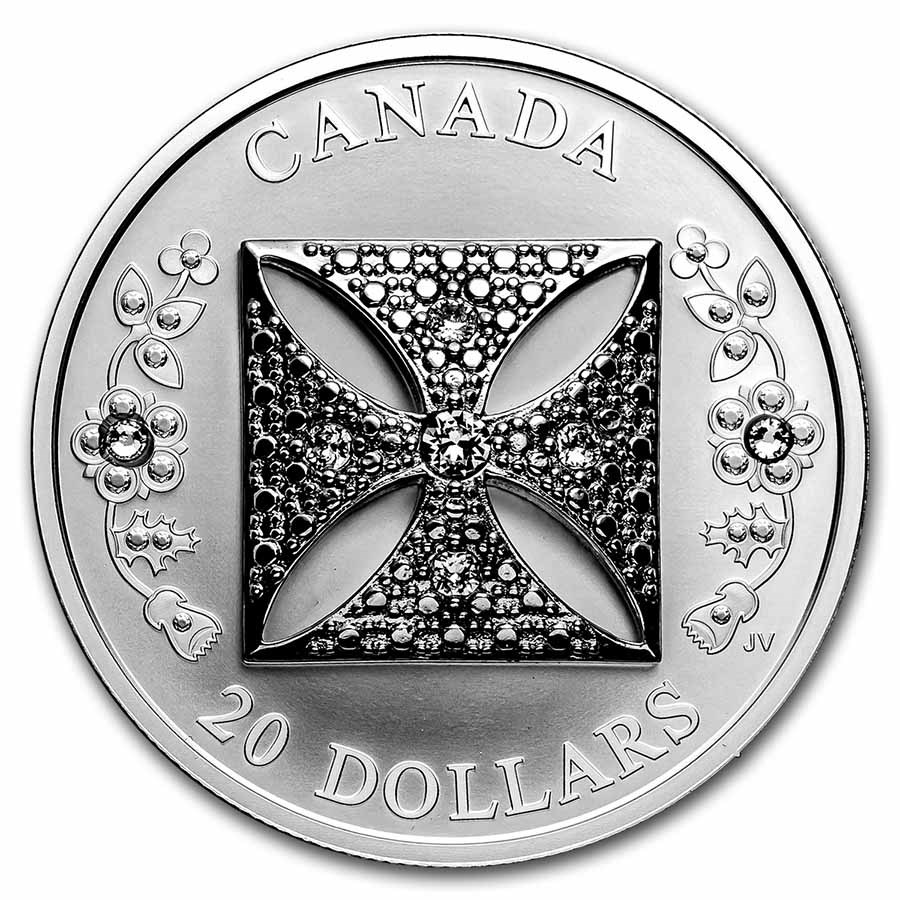 It is one of the most recognizable symbols of Her Majesty’s 70-year reign, and for this reason, it is the inspiration for this year’s 99.99% pure Silver tribute to the Queen of Canada in her Platinum Jubilee year. The coin’s reverse features a rhodium-plated embellishment that resembles the diadem’s cross and floral sprays. Adorned with Swarovski® crystals, the arrangement sparkles brilliantly against the matte Proof finish, which ensures all eyes are on this jewelery-themed design.

This is a stunning gift for that someone special who adores royal jewelry. Add this Silver Queen Elizabeth II's Diamond Diadem coin to your cart today!

The Diamond Diadem
The regal Diamond Diadem is also known as the George IV State Diadem because it was originally created for the coronation of King George IV in 1821. It has since been exclusively worn by queens regnant and consort, beginning with Queen Adelaide and continuing with Queen Victoria, who designated it an Heirloom of the Crown in 1901. Its Silver frame is lined with Gold and set with 1,333 brilliant-cut diamonds, including a four-carat yellow brilliant at the center of the front cross. Its narrow band is edged with pearls and surmounted by four crosses pattée and four sprays featuring a rose for England, shamrocks for Ireland and a thistle for Scotland.