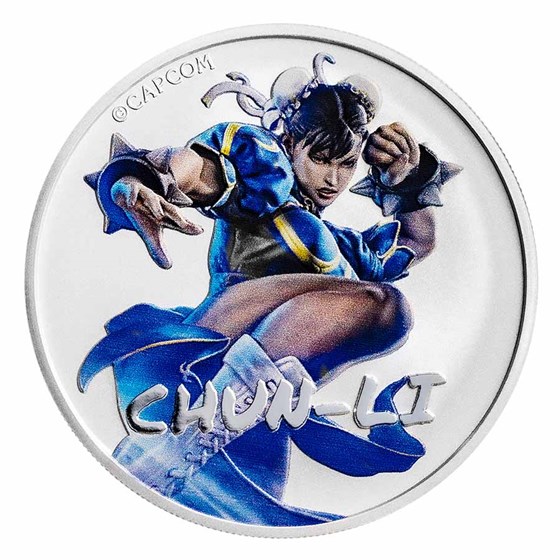 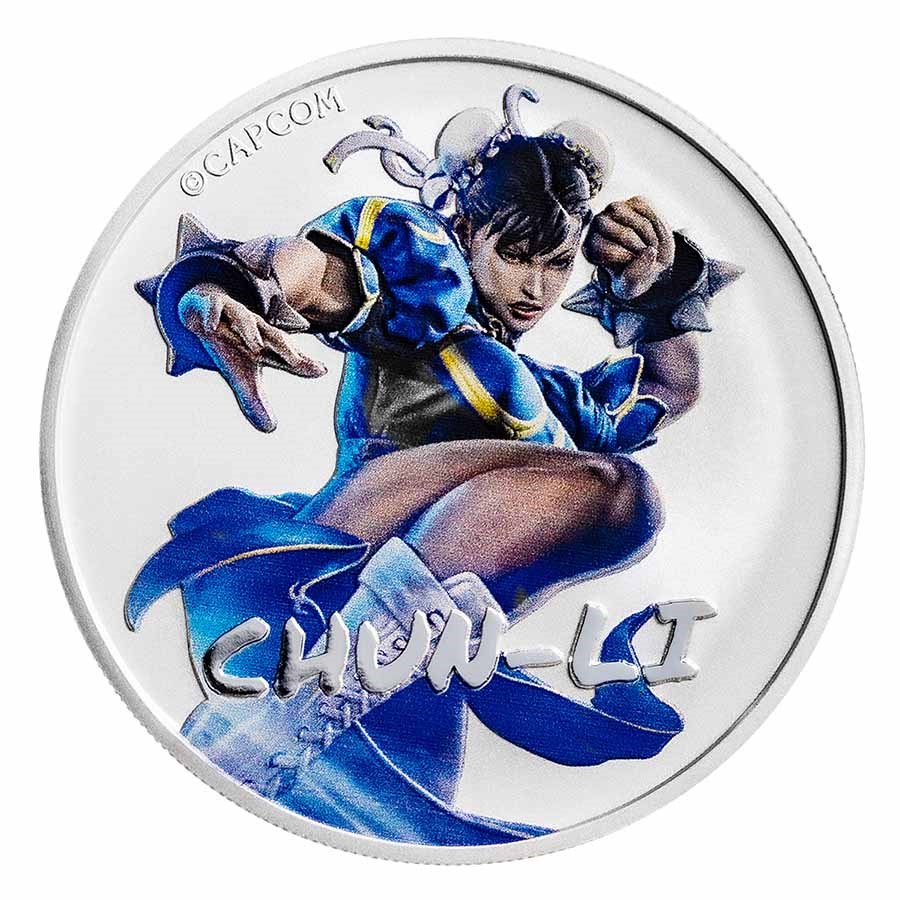 Your purchase is guaranteed to match the quality of the product shown. It will not be this exact item.
Product Details
Product Details
Celebrate over 30 years of the classic arcade combat game Street Fighter II with these .999 fine 1 oz Silver colorized coins! The officially licensed illustration of the character Chun Li is displayed above her name as she prepares a devastating kick!