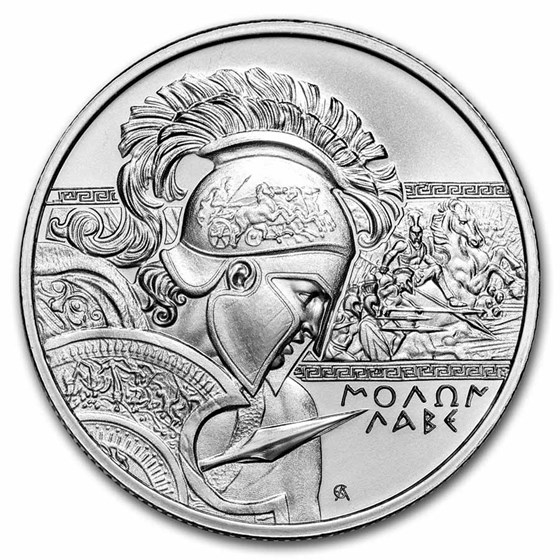 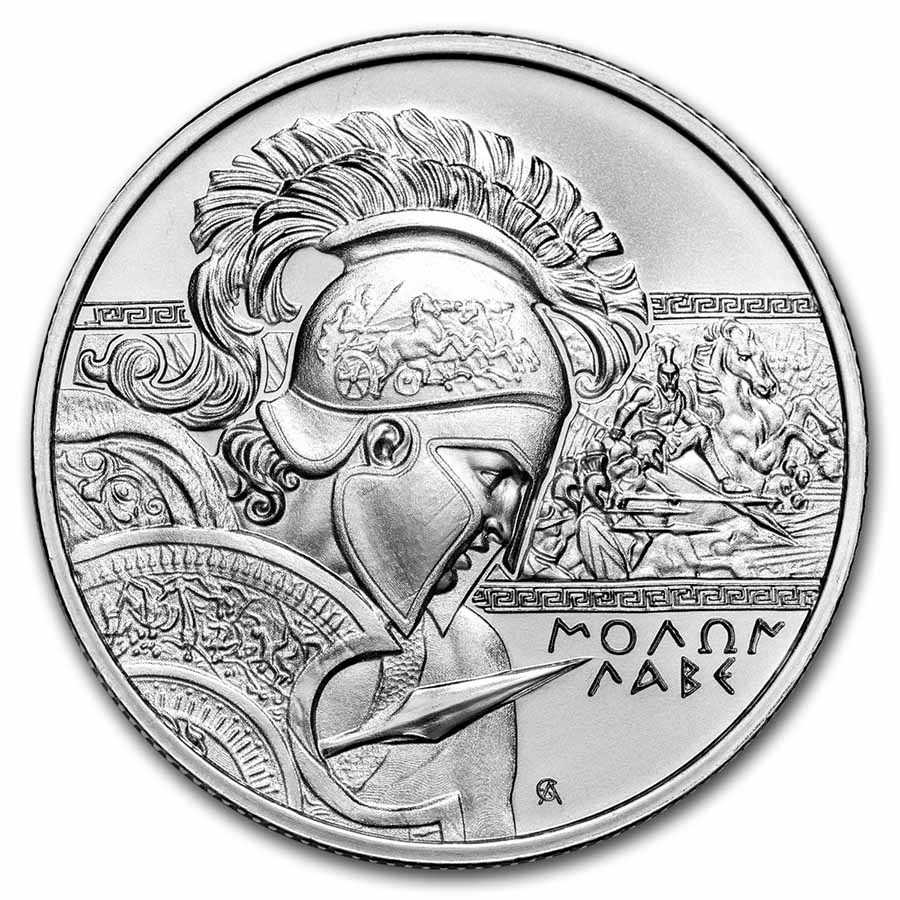 Product Details
Product Details
Thought to have been spoken by Sparta's King Leonidas in response to Persian demands to surrender their weapons, "Molon Labe" roughly means "come and take them!" His fierce resistance against all odds made this phrase into one of defiance against tyranny.

Protect your Molon Labe coin by adding an attractive presentation box to your order.

With a sleek design and very low mintages for bullion, these coins will go fast! Add this 2022 Molon Labe coin to your cart today!


Molon Labe Series and Intaglio Mint
The design of this unique coin celebrates the four year anniversary of the first design in the popular Molon Labe Silver rounds series by Intaglio Mint. Intaglio Mint was established in 2010 in Sedalia Colorado by a serial entrepreneur and numismatist with an appreciation for Precious Metals and freedom. The Greek phrase "Molon Labe" was said to be spoken by King Leonid to King Xerxes of the Persian Empire when his massive army of thousands came upon the Spartan King and his small force of soldiers defending the narrow pass. The Spartans ultimately fought so fiercely that his words in defiance of tyranny have been used by freedom fighters throughout history.

A good investment to hold on and pass on

Niue has done it again. A wonderful display of craftmanship. the detail is amazing. to get the chariots image on that small space on the helmet is incredible to see. the detail of the Spartan shields on the obverse side is something to to behold. if your a history fan this is a must.