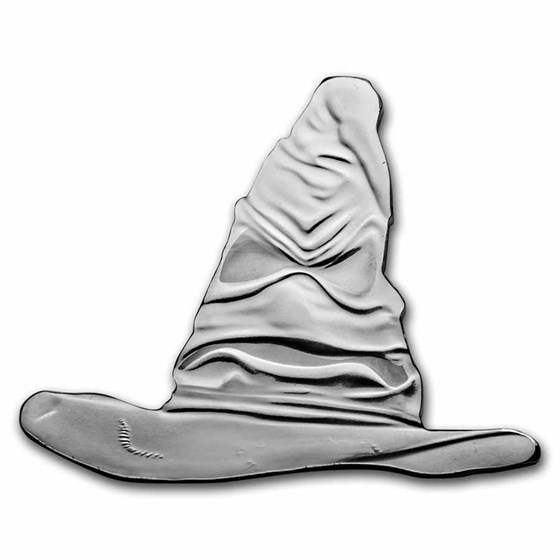 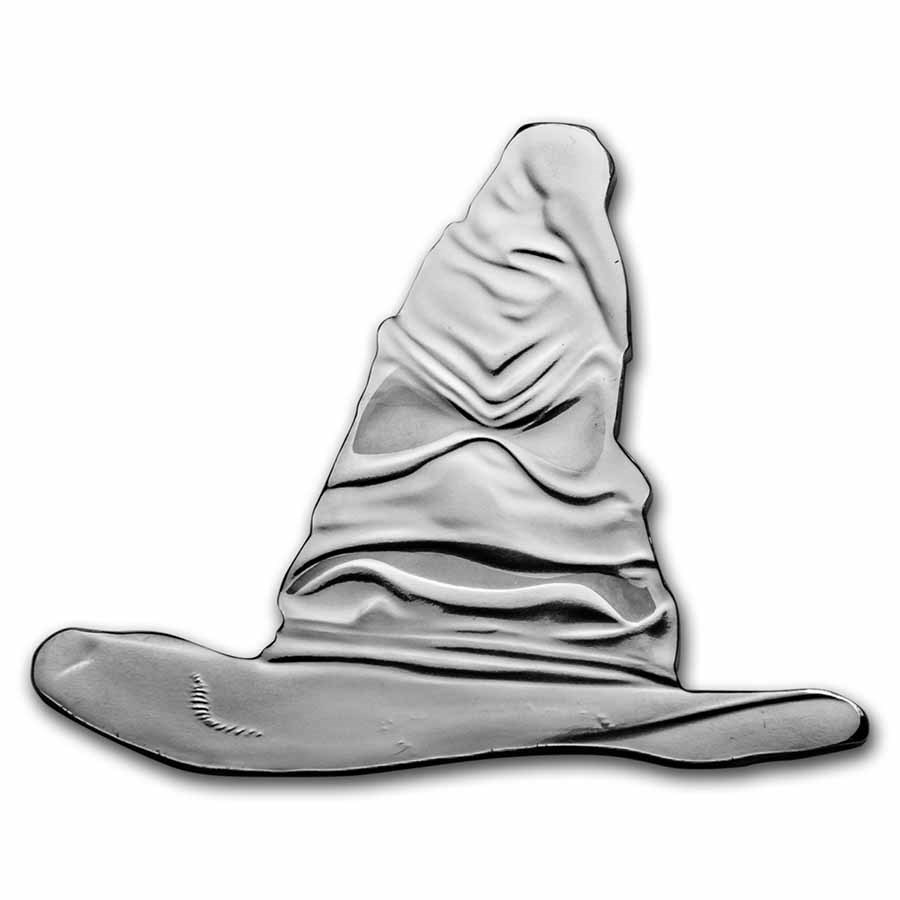 Product Details
Product Details
In 2022, Monnaie de Paris paid a second tribute to J.K. Rowling's work by minting a collection of coins and medals dedicated to Harry and the wizarding world.

The Sorting Hat is one of the most iconic magical object in the Harry Potter universe. With a soul and a voice, he is the one who determines, through the character and personality of young wizards, to which house they should be integrated when they arrive at Hogwarts. Gryffindor, Slytherin, Ravenclaw or Hufflepuff: which house do you belong to?

This unique Silver coin would be a great addition to any collection or an ideal gift for a Harry Potter enthusiast. Add this 2022 Silver €10 Harry Potter Sorting Hat Proof coin to your cart today!

About the Sorting Hat
The somewhat shabby looking pointy hat was enchanted to recognize the character and talents of the individual wearer. He not only got the ability to think, but also the ability to speak. That way, every year the new arrivals at Hogwarts are divided into the four different houses. However, the Sorting Hat does not only help with the placement of the first-year students into their houses, but also comes to the aid of true Gryffindors in difficult times. In the second year of school, Harry pulls the Sword of Gryffindor from the Sorting Hat when he is in desperate need of a weapon against the Basilisk. By doing so, he was able to defeat the Basilisk in the Chamber of Secrets.

Monnaie de Paris
Founded in 1864, not only is Monnaie de Paris France's longest-standing institution, but it is also the oldest enterprise in the world. Today, the mint strikes circulation coins for France, as well as beautiful Gold and Silver commemorative coin programs that are each intricately designed works of art. The mint is also home to a museum that hosts exhibitions, tours and workshops as well as the Guy Savoy Restaurant.