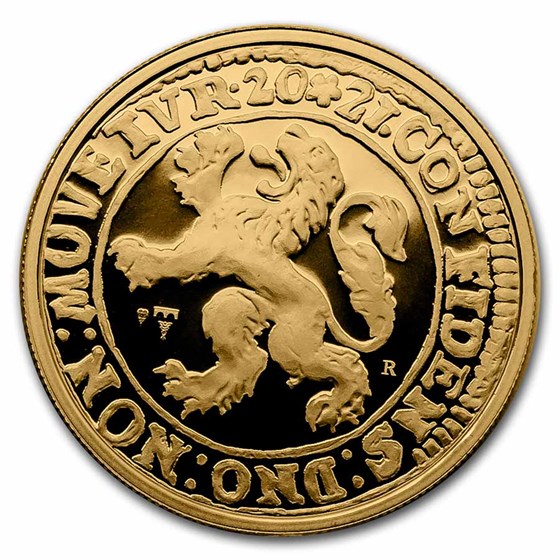 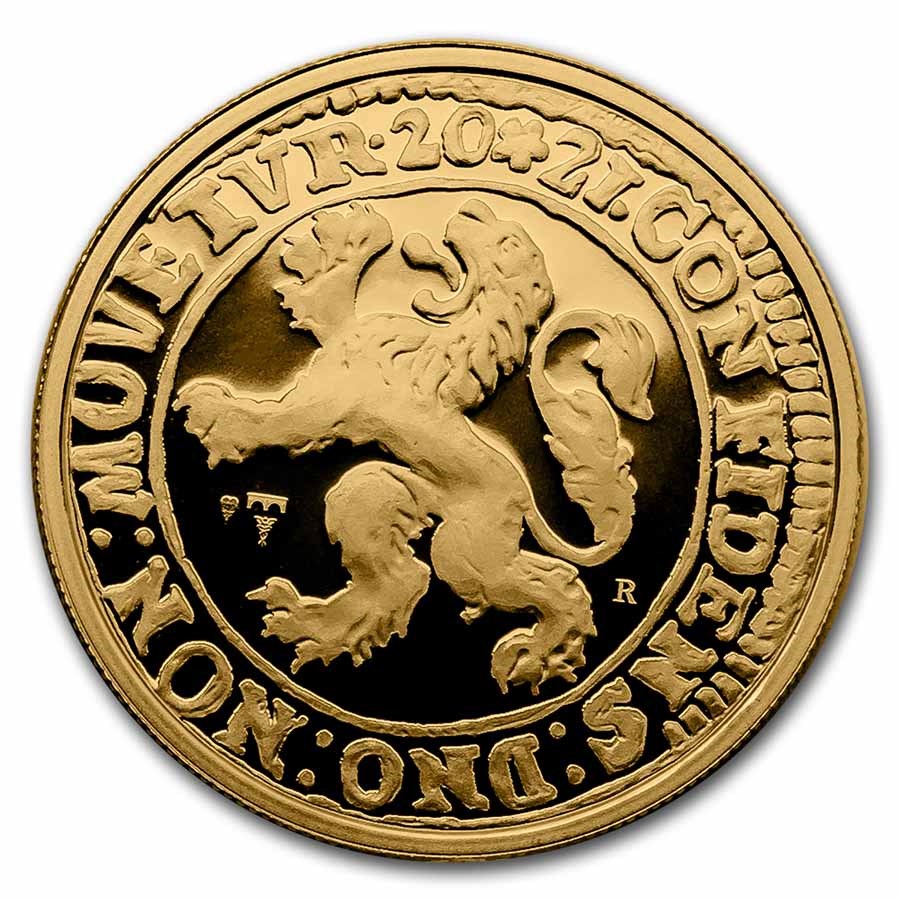 Product Details
Product Details
With a history of more than 400 years, the Royal Dutch Mint presents a 1 oz Proof Lion Dollar restrike with a mintage of 50 coins similar to the coins traded in the 17th century. These are ideal for collectors of both ancient and modern coins.

The Dutch Silver Lion Dollar is part of a series celebrating the famous international trade coin. This year’s issue is based on the 1701 Overijssel Lion Dollar.

This Gold Proof restrike is loved around the world for its 1 oz metal content and classic design. Add the 2022 Gold Proof Lion Dollar Restrike coin to your cart today!

On September 17, 1806, when The Netherlands was under the rule of King Louis Napoleon, he decided that the striking and distribution of coins should be by a single national body. This was in contrast to the Middle Ages custom of large trading cities having their own mint and coins, which resulted in several coins circulating within the country, and many levels of controlling bureaucracy.

In 1901, the company was placed under the supervision of the Ministry of Finance, and in 1912 the mint officially became a company owned by the state. At the end of the German occupation during the Second World War in 1944, coins were produced in the United States. This was necessary to ensure that there would be enough currency available after the liberation. In 1994, Rijks Munt was renamed as De Nederlandse Munt NV. It became a company, 100% of whose shares were owned by the Dutch State. The queen awarded the company the prefix Koninklijk (Royal) five years later, and the company was now allowed to call itself De Koninklijke Nederlandse Munt (The Royal Dutch Mint).