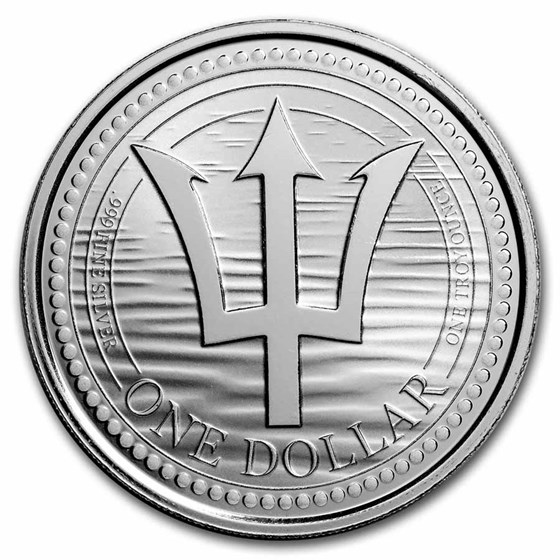 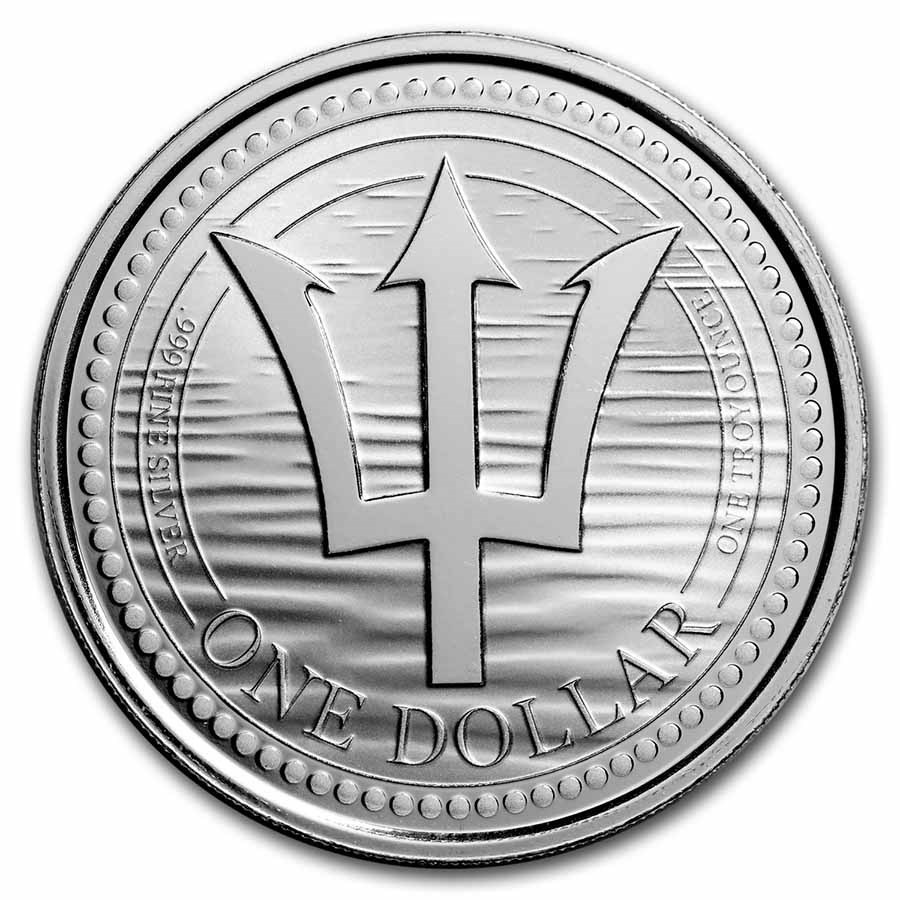 Add this beautiful Barbados trident coin to your cart today!

Barbados Trident
The trident, a symbol of strength and power, draws its roots from the mythical Roman God of Freshwater and the Sea, Neptune. However, the trident that serves as the national pride of Barbados and that is found on the Barbados national flag differs from Neptune's trident in that the shaft of the Barbadian trident is broken, symbolizing Barbados' historical break and eventual independence from the United Kingdom in 1966.