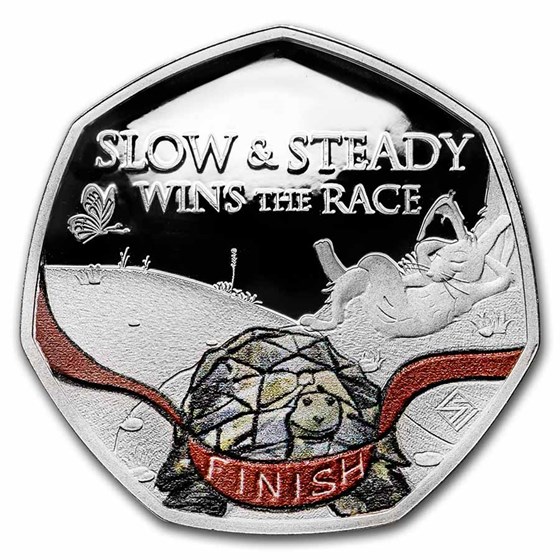 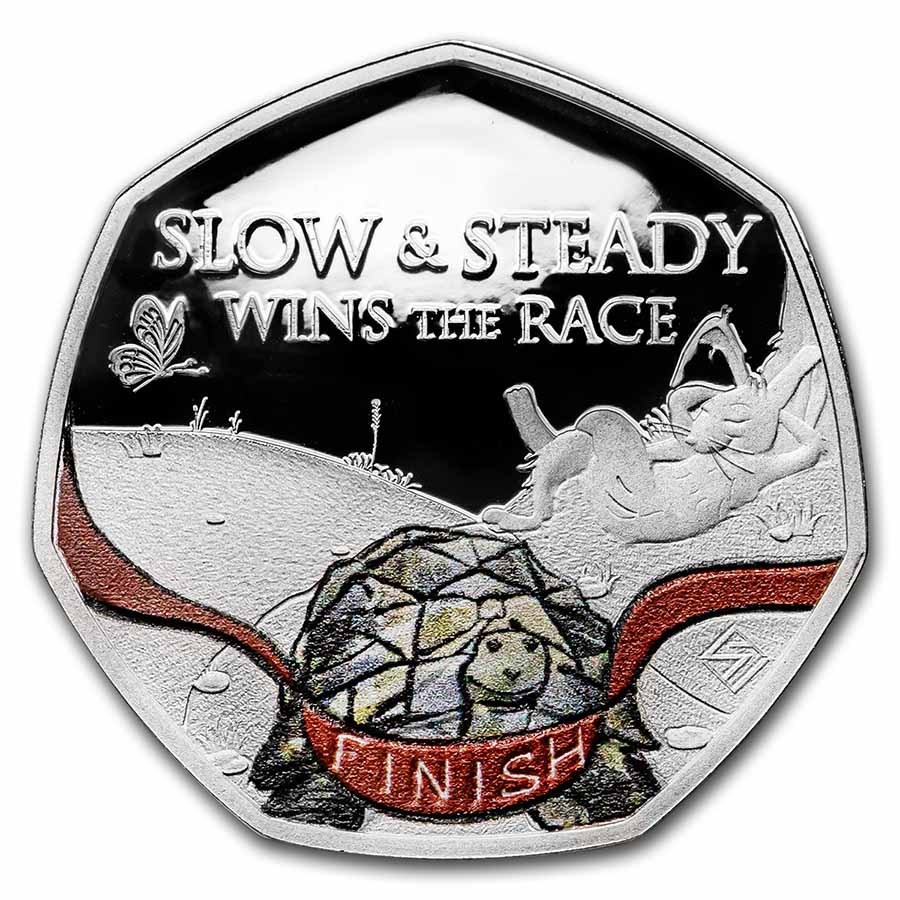 Product Details
Product Details
This .995 Silver coin features the first release of the Aesop's Fables series, with the Hare and the Tortoise. There is a limited edition of only 3,500.

This Silver coin is a great gift for collectors. Add this 2022 Silver Proof Aesop's Fables: Hare and the Tortoise coin to your cart today!