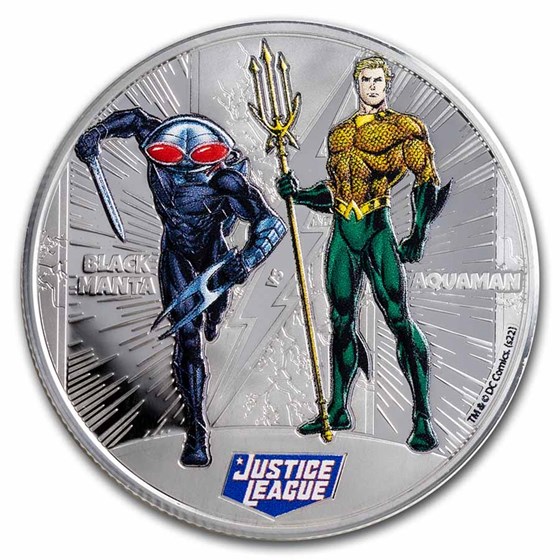 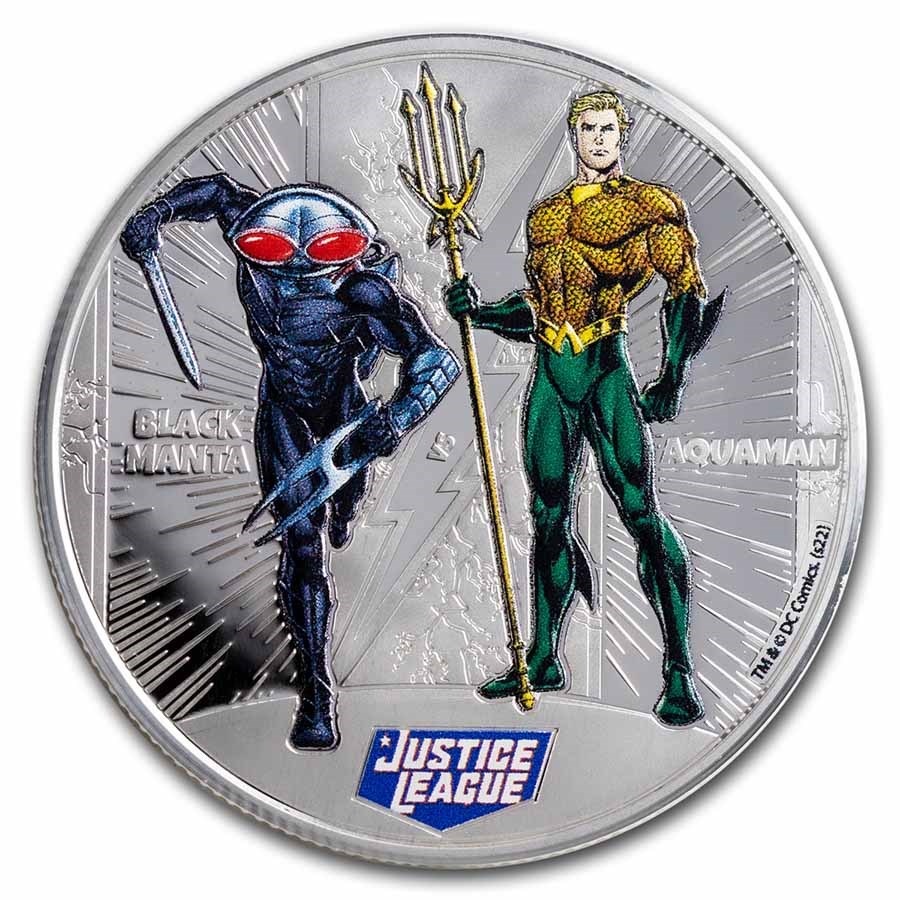 Product Details
Product Details
For more than 60 years, the members of the "Justice League" have bravely fought vicious demons, powerful sorcerers and even the darkest forces in the universe.

These coins feature some of the most recognized heroes. Add this Silver Aquaman vs. Black Manta coin to your cart today!