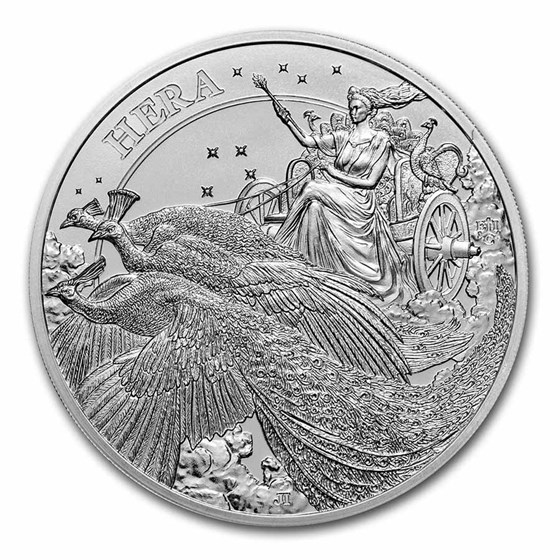 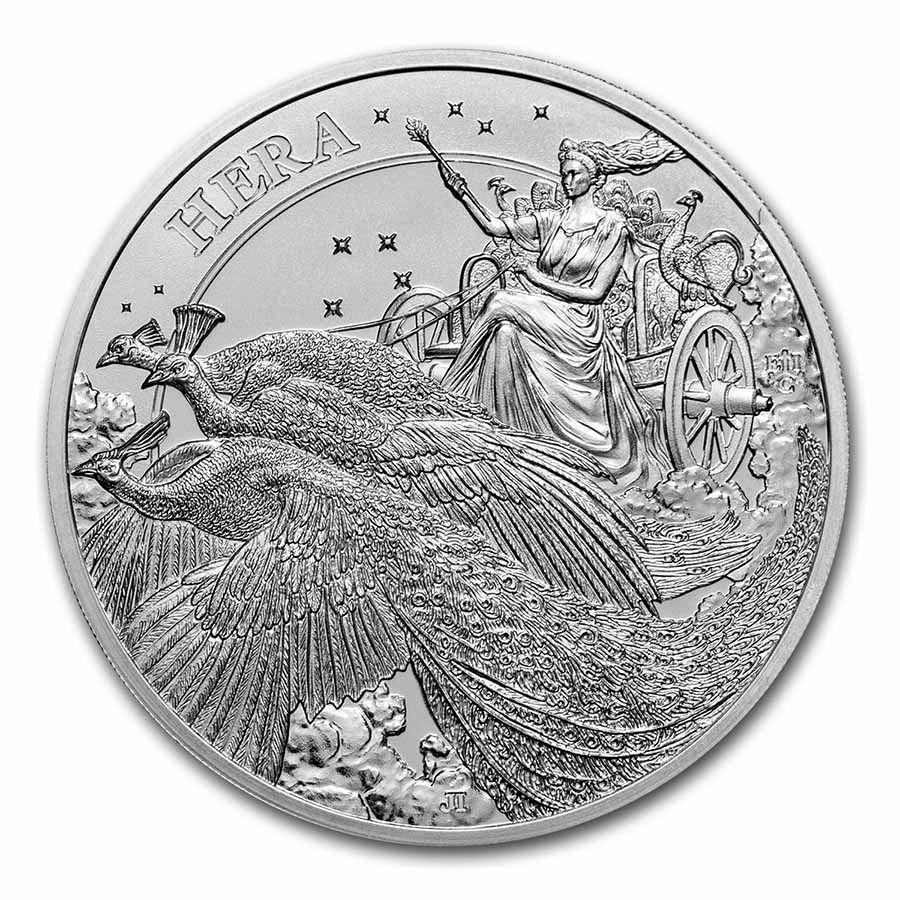 Product Details
Product Details
As low as $7.99 per coin over spot
The first installment in this APMEXclusive® The Goddesses series spotlights Hera and her peacock. This release shows Joel Iskowitz’s depiction of Hera on 1 oz .999 fine Silver.

Protect your coin by adding a plastic capsule to your order.

Add the first release in this APMEXclusive® The Goddesses Series to your cart today!

Hera and the Peacock
Hera was the sister and wife of Zeus, and she was venerated as the goddess of lawful marriage, family and childbirth. She was also regarded as the guardian of women and children. She was revered in Greece, and temples were erected to her in Argos and Salmos. Her spouse Zeus had many extramarital affairs, which made her furious and vengeful toward him and his mistresses, and her fury became as renowned as her beauty among both humans and immortals. She was called Juno in ancient Roman religion, and the cuckoo and peacock are associated with her. Since the Renaissance, Hera has been depicted riding in a chariot pulled by peacocks, further cementing the connection.

The Goddesses Series
APMEX is proud to present our new APMEXclusive® series from the East India Company: The Goddesses Series. This newest collection was created by Joel Iskowitz, and it will look at how goddesses from ancient Greek and Norse mythology are still relevant and seen in modern societies today. Each mythical figure's narrative continues to educate and convey vital information, which is why these tales are still being told today. The first release features Hera and the Peacock, and is available in this .999 fine 1 oz Silver BU size, as well as 5 oz Silver, 1 oz Gold and 1/4 oz Gold.

Hera coin looks great! I liked the design. But, I wonder why silver purity ( e.g., .9999) and metal name (silver) as like other coins printed on this one.