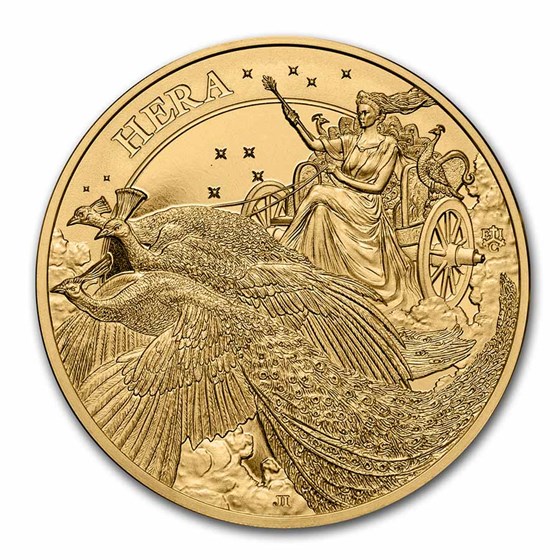 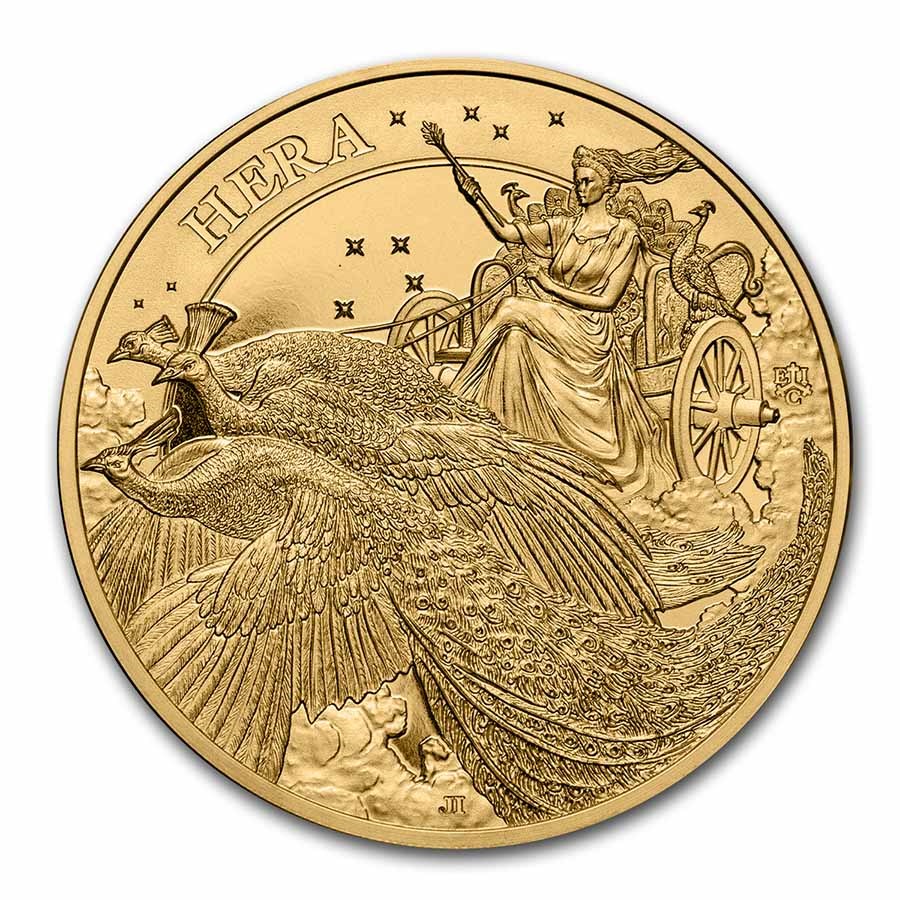 Product Details
Product Details
Designed by Joel Iskowitz, the APMEXclusive® Goddesses series begins with Hera and her peacock in 1 oz of .9999 fine Gold. There is a limited mintage of 500 coins in this 1 oz Gold BU release.

Protect your new Gold coin from fingerprints by adding a packet of cotton gloves to your order.

Shop the first installment in the APMEXclusive® Goddesses series with this 1 oz of .9999 fine Gold Hera and the Peacock coin today!

Hera and the Peacock
Hera was the sister and spouse of Zeus, and she was worshiped as the goddess of lawful marriage, family and childbirth. She was also revered as the guardian of moms and babies. She was revered in Greece, and temples were erected to her in Argos and Salmos. Her spouse, Zeus, had many extra-marital relationships, which made her furious and vengeful toward both him and his mistresses, and her fury became as famous as her beauty among both humans and immortals. In ancient Roman religion, Hera was referred to as Juno, and the cuckoo and peacock are connected to her. Since the Renaissance period, Hera has been portrayed riding in a chariot pulled by peacocks, further cementing the association.

According to a tale recounted by Ovid, Zeus fell in love with one of Hera's priestesses, Io. Hera was enraged at Zeus' affection for her, transforming Io into a cow and giving her to Argus, her all-seeing giant with 100 eyes, to watch over her. Zeus pitied Io's suffering, and Hermes, his messenger, was sent to execute Argus to save her. Hera had known, and before Hermes could hypnotize and murder Argus, she removed a hundred eyes from the beast's body and placed them on the tail of a peacock, who then became her loyal servant.

The Goddesses Series
The Goddesses series by the East India Company is available exclusively from APMEX and features new designs. This newest collection was designed by Joel Iskowitz. The series looks at how Greek and Norse goddesses are still relevant and observed in modern civilizations today. The lessons and information in these fables are timeless, which is why they continue to be told today. The first release features Hera and the Peacock, and is available in this .9999 fine 1 oz Gold BU size, as well as 1 oz Silver, 5 oz Silver and 1/4 oz Gold.