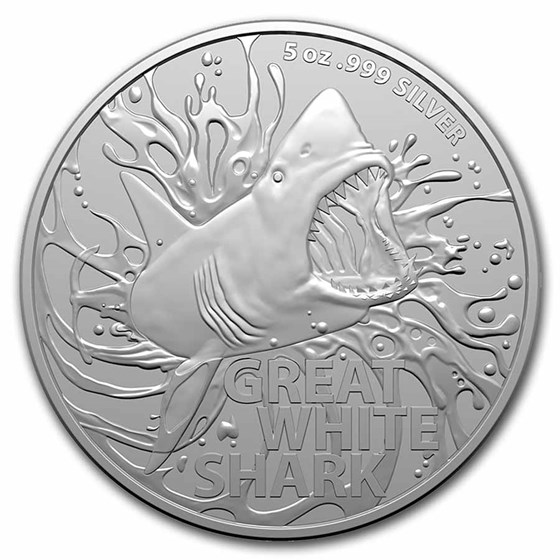 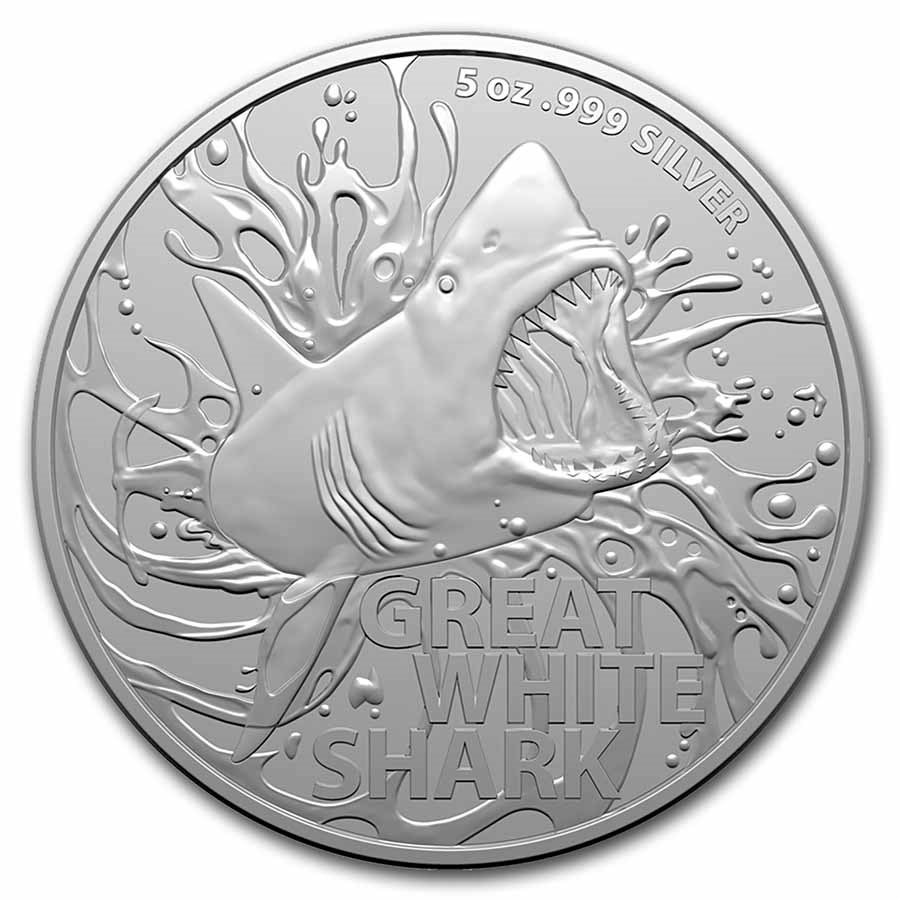 Product Details
Product Details
This limited mintage coin features the Great White Shark in 5 ounces of .999 fine Silver, to showcase the exquisite design. There are only 1,000 coins produced worldwide.

Great White Shark
The second release in Australia's Most Dangerous Animals series depicts the Great White Shark and continues with 5 ounce silver version. These apex predators are built for speed with a large torpedo shaped body and powerful tail. The Great White Shark can grow to six meters long and can live as long as 70 years. Of the many dangerous sea creatures, none are more majestic and lethal than the Great White. As a top predator, these sharks play a key role in keeping Australian oceans healthy. They have a preferred diet that consists of fish, whales, turtles and seals. Great Whites are listed as vulnerable and are protected in Australian waters, with numbers declining, likely due to increased shark fishing.