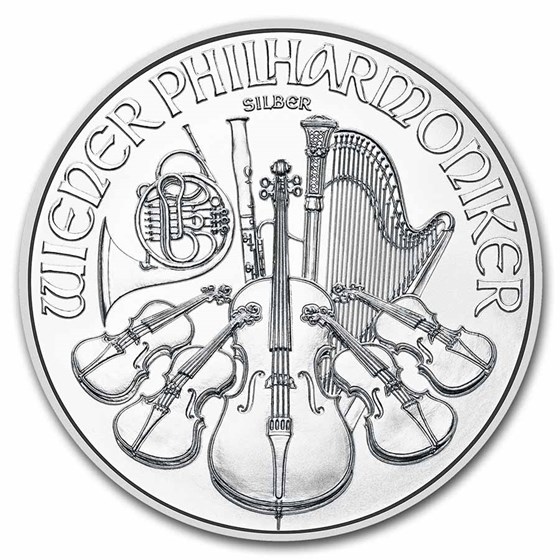 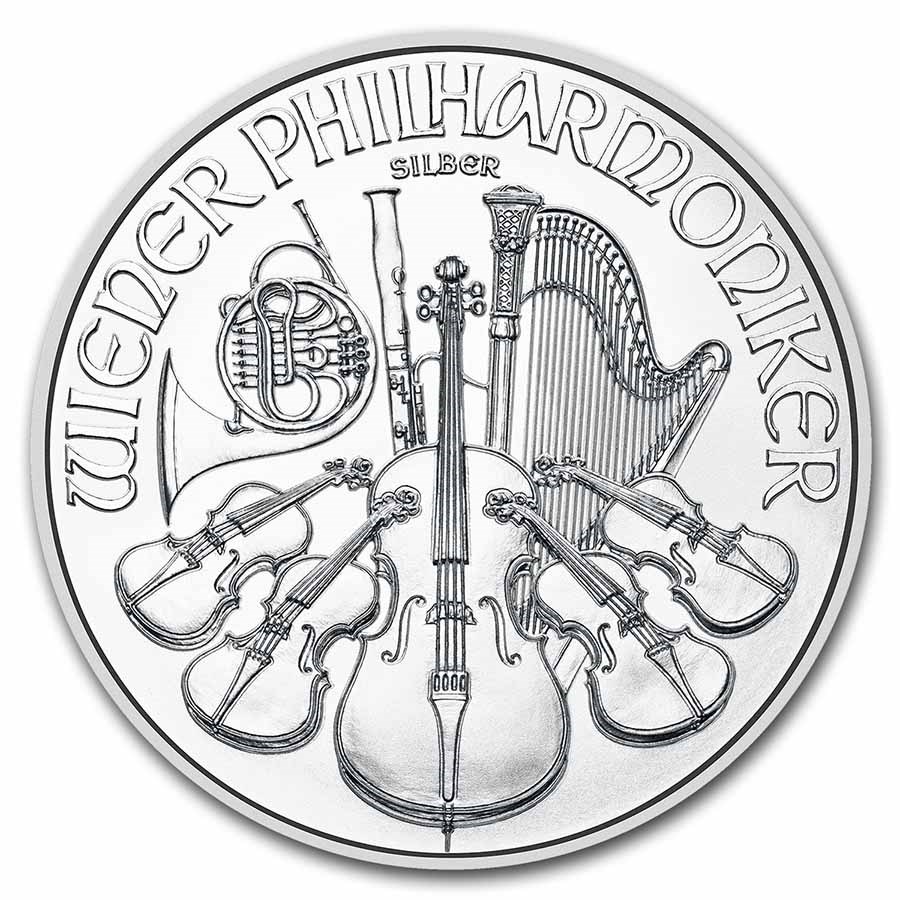 Add the 2023 Austrian Philharmonic Silver coin to your cart today!

The Silver Philharmonic Coin
This Silver coin features the same beautiful design as the Gold and honors the Vienna Philharmonic and the Great Organ of the Golden Hall. These coins are struck in 1 oz of .999 fine Silver and are also available in tubes of 20 and quantities of 500 in the Austrian Mint's signature red monster box packaging.

The Austrian Philharmonic Series
Beginning with the Gold Philharmonic first released by the Austrian Mint in 1989, the series was expanded to include the Silver coin containing 1 oz of .999 fine Silver, and then two sizes in .9995 fine Platinum in 2016 and 2018. All releases in the Philharmonic series pay homage to Vienna Musikverein’s Golden Hall and the numerous instruments that are staples in the Vienna Philharmonic appear on the obverse and reverse design. To mark the anniversary of the Gold Philharmonic in 2004, a 1,000 oz version was created, and for the 20th anniversary a 20 oz Gold coin was released. Today, many sizes are available in the Gold yearly including 1/25 oz, 1/10 oz, 1/4 oz, 1/2 oz and 1 oz, in addition to the Silver and Platinum coins.